It hasn't exactly been paradise on Toronto's beaches this year. Heavy flooding throughout the spring made many of the city's waterfront areas impassable. The city also closed Toronto Island Park and reduced ferry service.

Now, as water levels slowly retreat and most of the city's mainland beaches have opened, a new problem has emerged—E. Coli levels are through the roof at six of Toronto's 11 beaches. 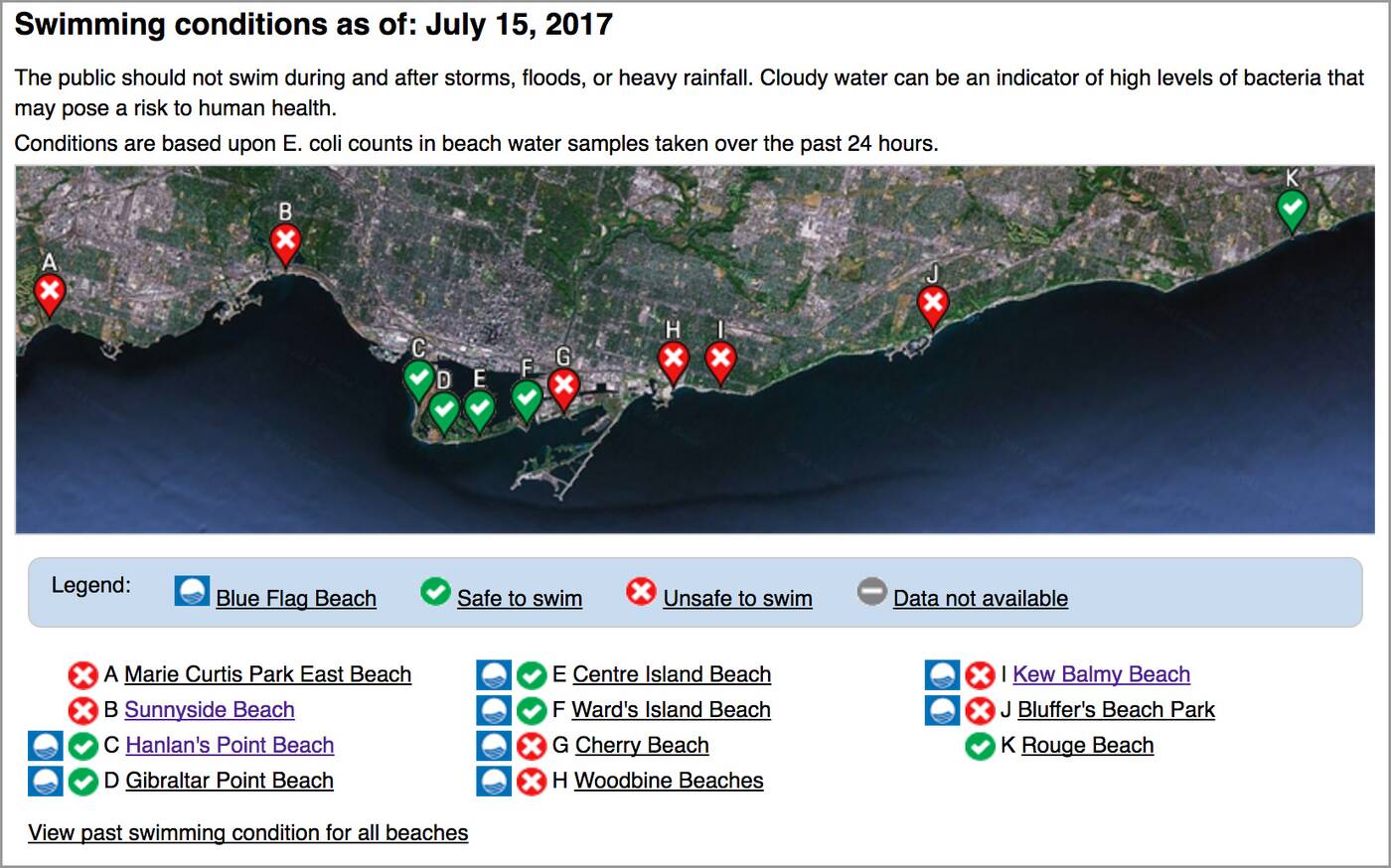 Outside of Rouge Beach, which is currently closed from flooding damage, the only beaches with passable water quality are on the Islands. The problem of course, is that none of these are open right now.

While you could take a water taxi over, the public has been discouraged from hitting these spots until July 31. What's worse, is that beaches like Hanlan's and Gibraltar Point will remain closed for the entire year.

All that to say, if you're looking for a safe place to swim right now, you're out of luck in Toronto. Your best bet is to plan a road trip to one of the many nearby beaches that are open.

Water quality is, however, tested every day at Toronto's beaches, so hopefully it won't take too long for bacteria levels to recede to the point where we can get out and enjoy the water again.