There was much excitement recently when the TTC revealed new subway route maps that included the station names on the Spadina extension, which is expected to open at the end of the year.

But there's more to these subway maps than just the new stations. A new section has been added to the left of the main map that charts various GTA transit connections as well as amenities like public washrooms and parking lots. 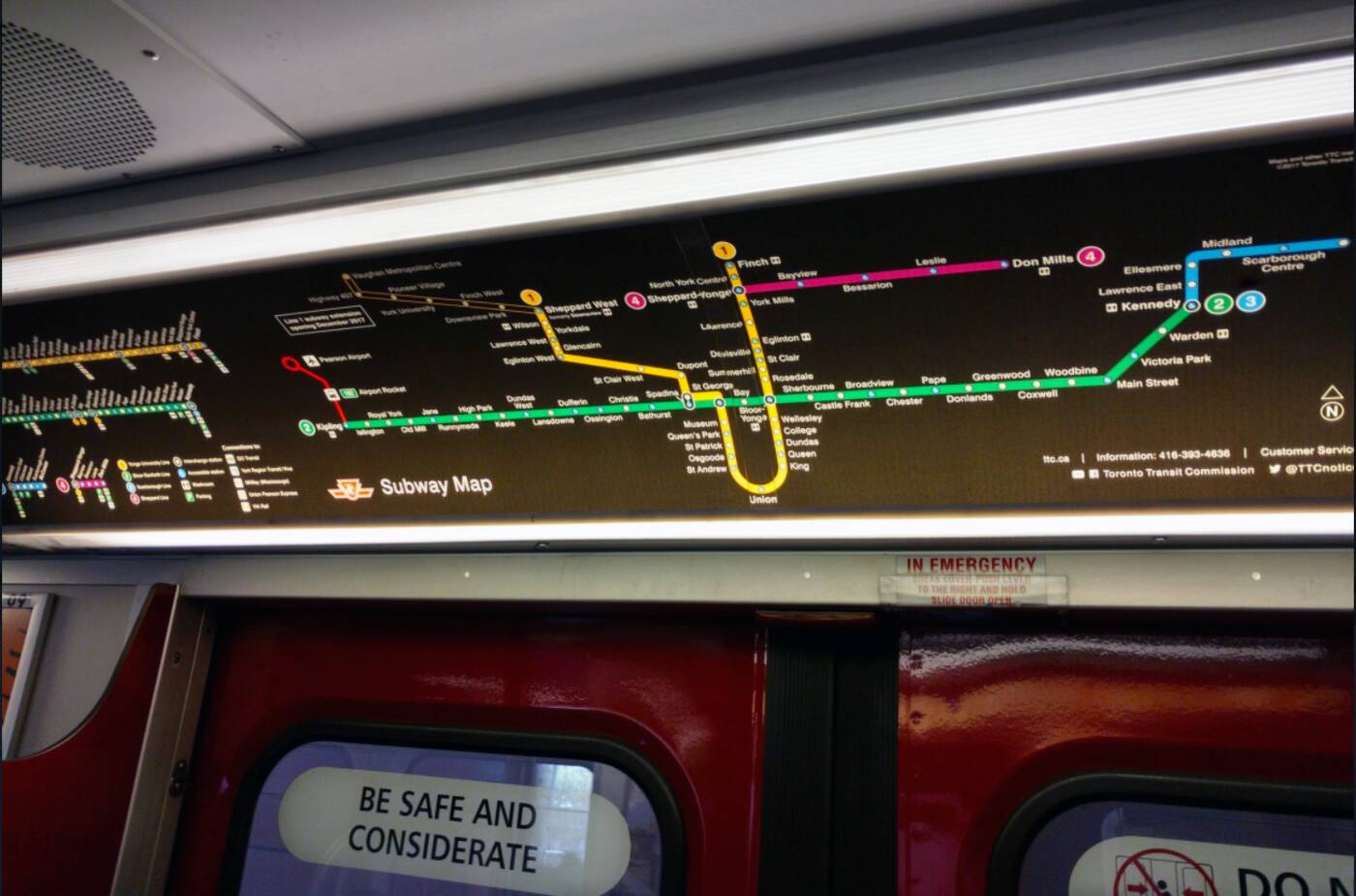 What the new map looks like installed on a Line 2 train. Photo by Michael Smith.

It's a bit strange to the see the stations laid out horizontally without the characteristic U that defines Line 1, but it's a good way to add a whole bunch of information that wouldn't fit cleanly onto the main map.

Keeping the main map tidy will be even more important in the years to come as the Eglinton Crosstown will add another welcome layer to our slowly building transit grid.

It's doubtful we'll switch entirely to strip-style maps on our subway cars like they do in New York—there just aren't enough lines to warrant this expense—but this hybrid approach might offer the best of both worlds.

The new maps have already been rolled out on many Line 2 trains, and they should be installed throughout the subway system by May 7.