Few Toronto feuds have had more staying power than the one that still rages to this day between Reg Hartt and Jamie Gillis. Often referred to as the poster wars, this public battle has played out on street poles and sign boards since I can remember.

Hartt, who runs the Cineforum, has long used posters to advertise his events. Gillis also uses posters to promote events throughout Toronto via his company Dr. Jamie's Events, but this goes far beyond a mere turf war.

Changes to municipal bylaws a few years ago reduced the space where posters can be legally pinned up in Toronto, but the bad blood between these two parties predates the stricter rules around postering. 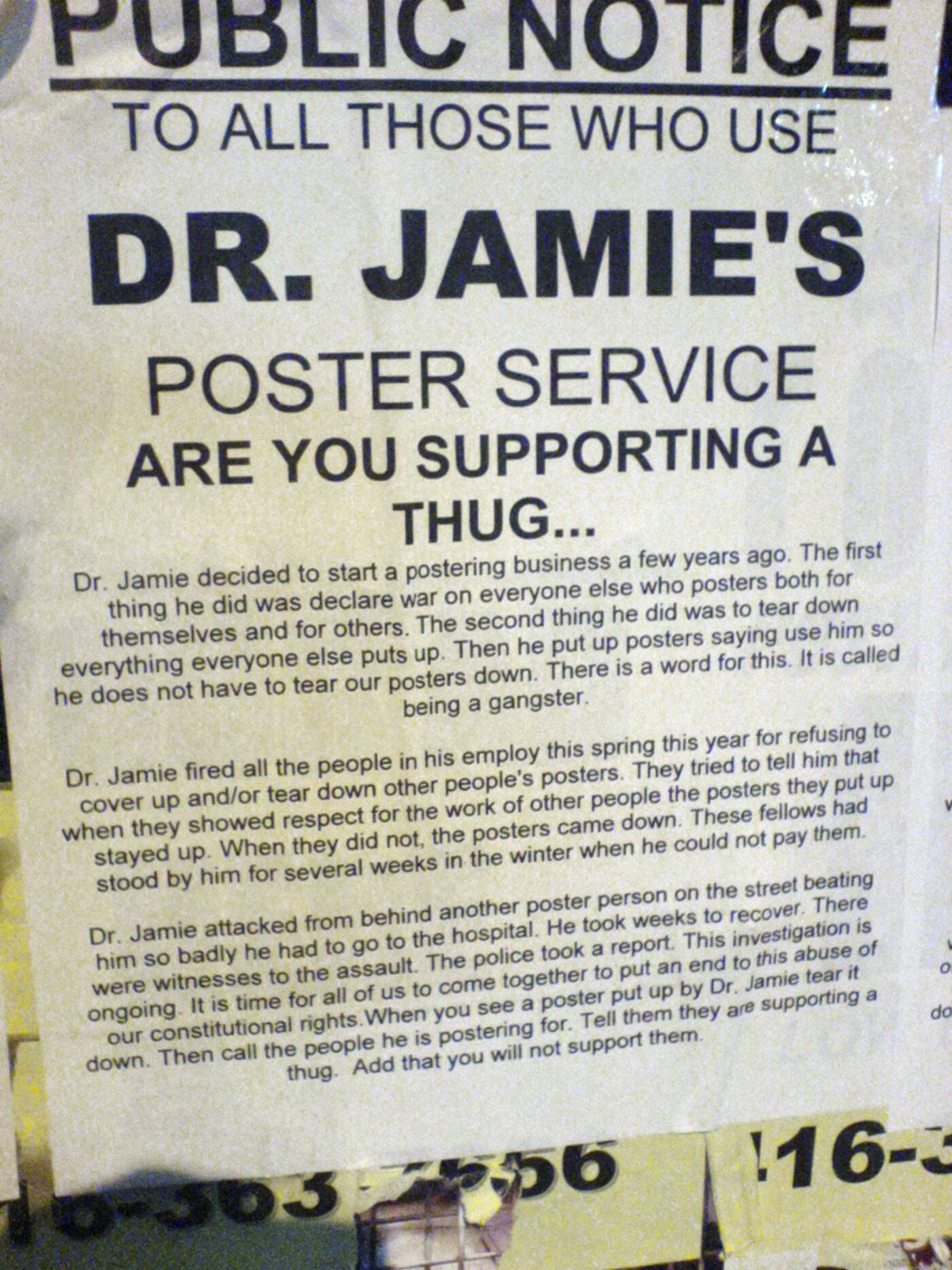 A poster targeting Dr. Jamie from 2007. Photo by Bunny Hero.

Hartt claims that Gillis distributed slanderous posters about him, which he says forced him to respond with accusatory posters of his own. The subsequent allegations and threats between the two have reached such an incendiary level, I won't even note the worst ones here.

Plenty has been written about the feud over the years—some of which covers the depths of the accusations—but what's perhaps most remarkable about all of this is that it's still going on.

You'd think at some point it would just fizzle out once and for all given the Sisyphean nature of it. From an outsider's perspective, there's little sense in trying to assess blame or figure out when exactly the first salvo was fired because each voice cancels the other's out. 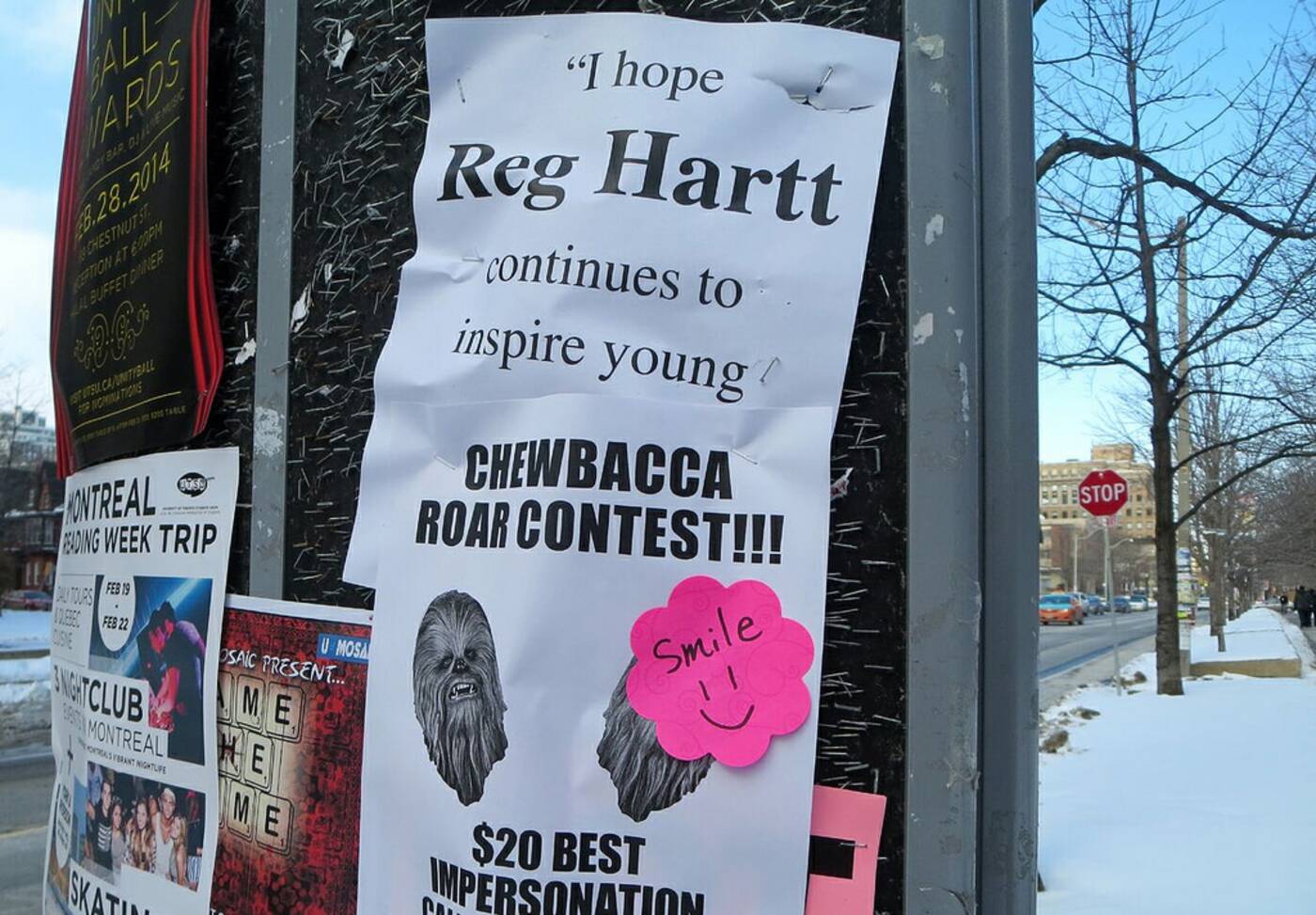 It's for the best that the bottom of this poster was covered up. Photo by Georgette.

Just last week, Hartt titled a new blog post "Time to end this" that recounts another incident in which posters he put up were allegedly ripped down the following day. It's accompanied by a series of YouTube videos that capture some of the drama as it plays out on the street.

I'm sure that this never ending stream of accusatory posters piques the curiosity of plenty of people walking by community kiosks and message boards, though given that neither player in the feud is a household name, the battle still tends to wage on in a sort of void.

Perhaps that's why it continues to this day. The battle between Hartt and Gillis exists just enough on the periphery that the two are left to trade accusations and barbs without intervention from a third party.

Left to their own devices, there's no end in sight.