Toronto is getting a new public square and arts hub

Toronto's newest large-scale developments are bringing more to the city than just clusters of condo towers plopped down on a site with few amenities. More and more, these projects are being envisioned as master plans with significant attention to community features and retail space.

One of the better examples is Bloor & Dufferin, a new development from Capital Developments and Metropia, which will completely reshape a site that's currently home to defunct public schools Kent School and Bloor Collegiate.

The latter school will eventually find a home at the current site of Brockton High School at Croatia and Brock Street, while the existing structure will be demolished to make way for the mixed use development. 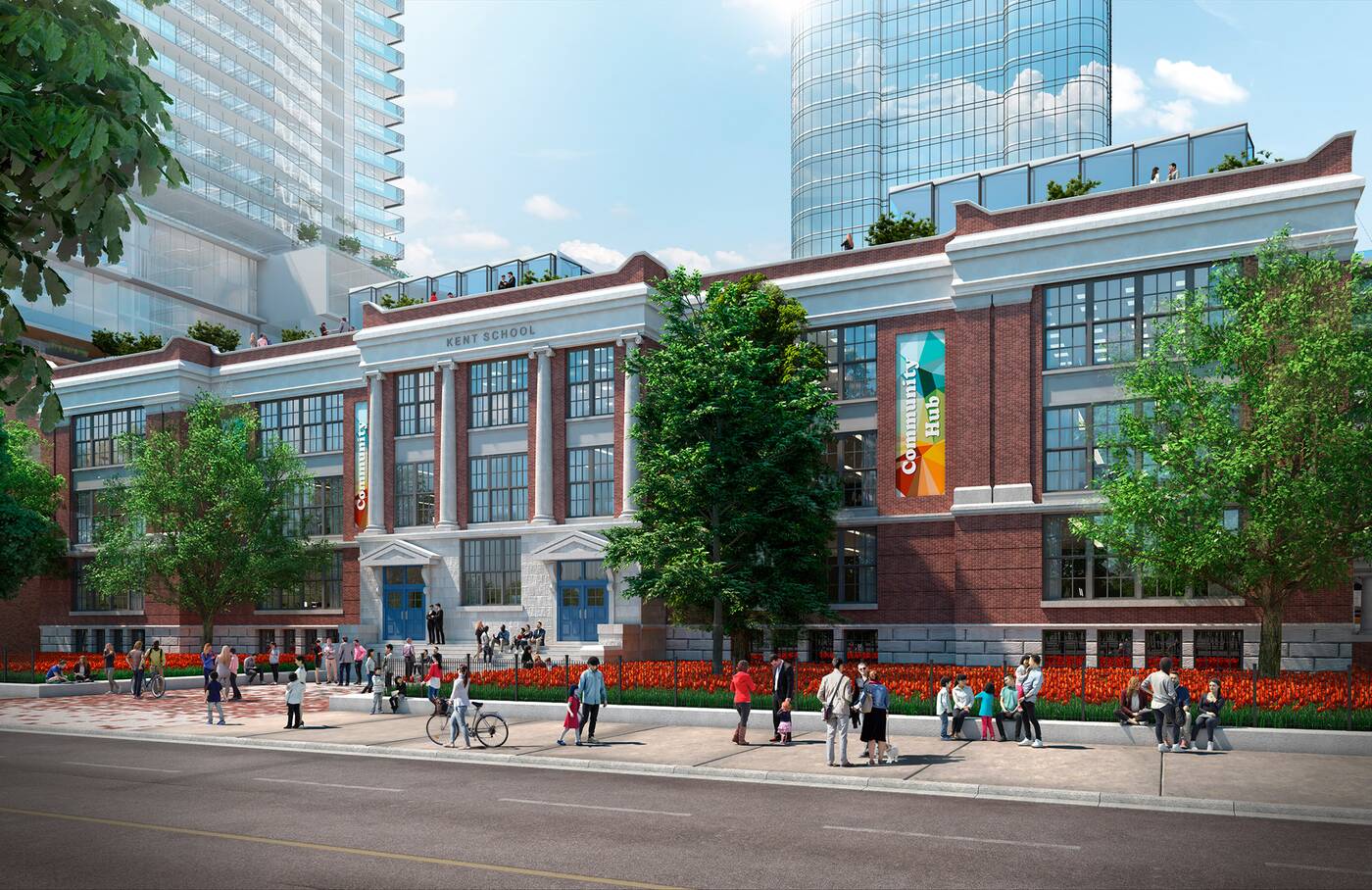 According to the early plans, Kent School, which has been around since 1908, will be refurbished and maintained. It could possibly serve as part of a community hub included in the plans or serve some other function if the hub is built elsewhere on site. 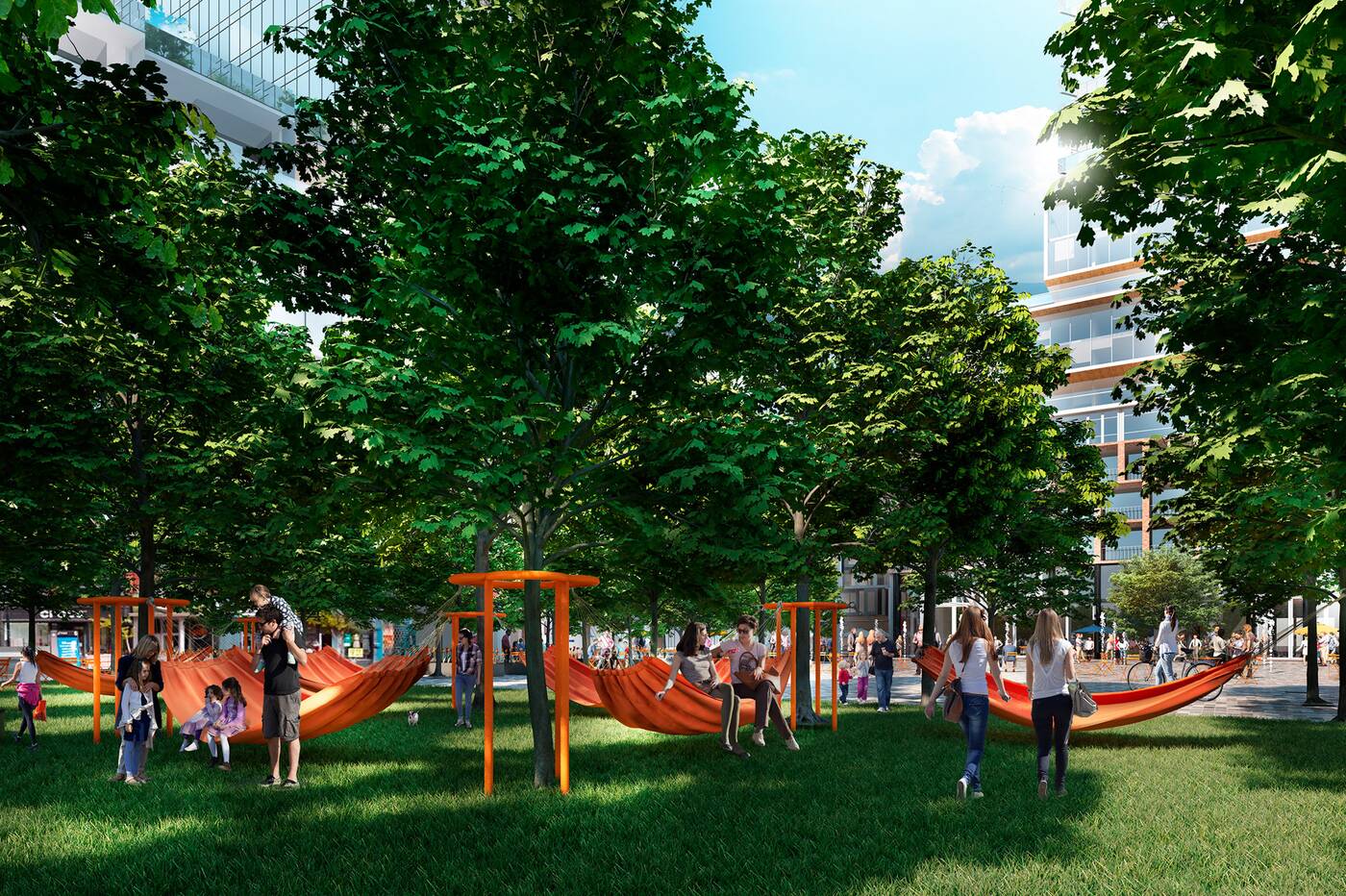 A new park planned for the north side of Croatia Street. Image courtesy of Bloor Dufferin Development Limited Partnership.

Beside it, concept renderings show a park and public square, which would act as a community gathering point, something that the neighbourhood currently lacks beyond Dufferin Grove Park. 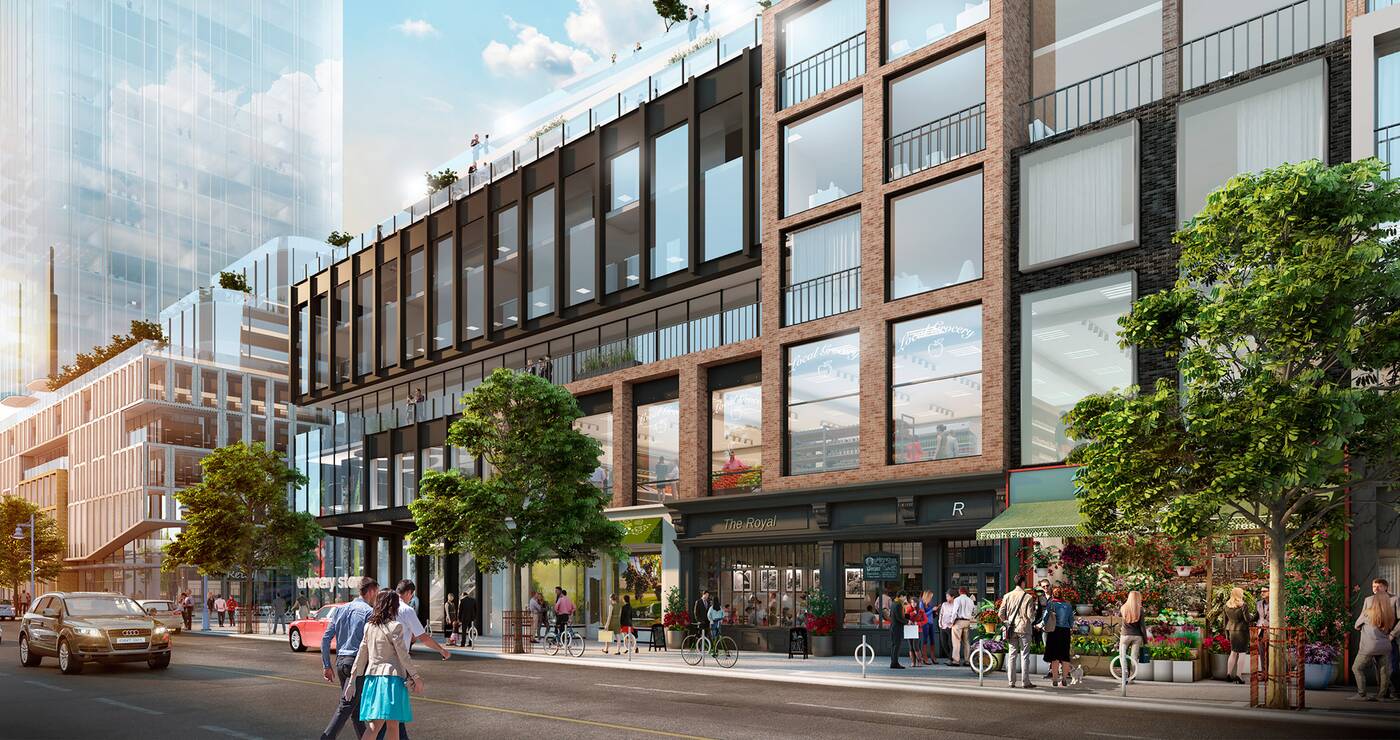 Surrounding these community amenities would be a series of condos with retail at grade. It's common, of course, to put retail at the bottom of residential towers, but the architects and planners here (which include some impressive names) envision greater integration via the creation of two new streets. 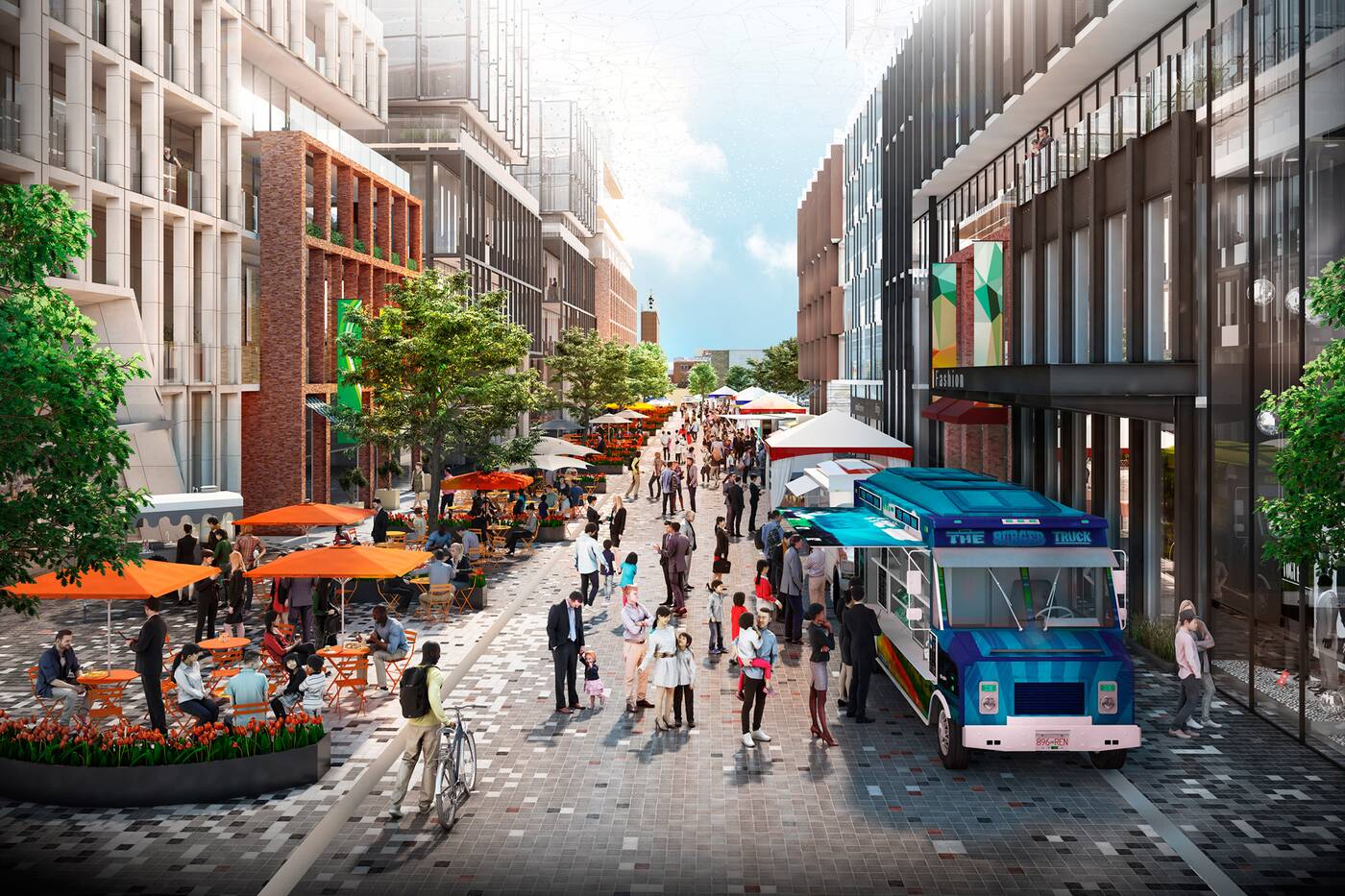 They would roughly correspond to the locations of Russett and Pauline avenues and extend them south, though possibly with new names. 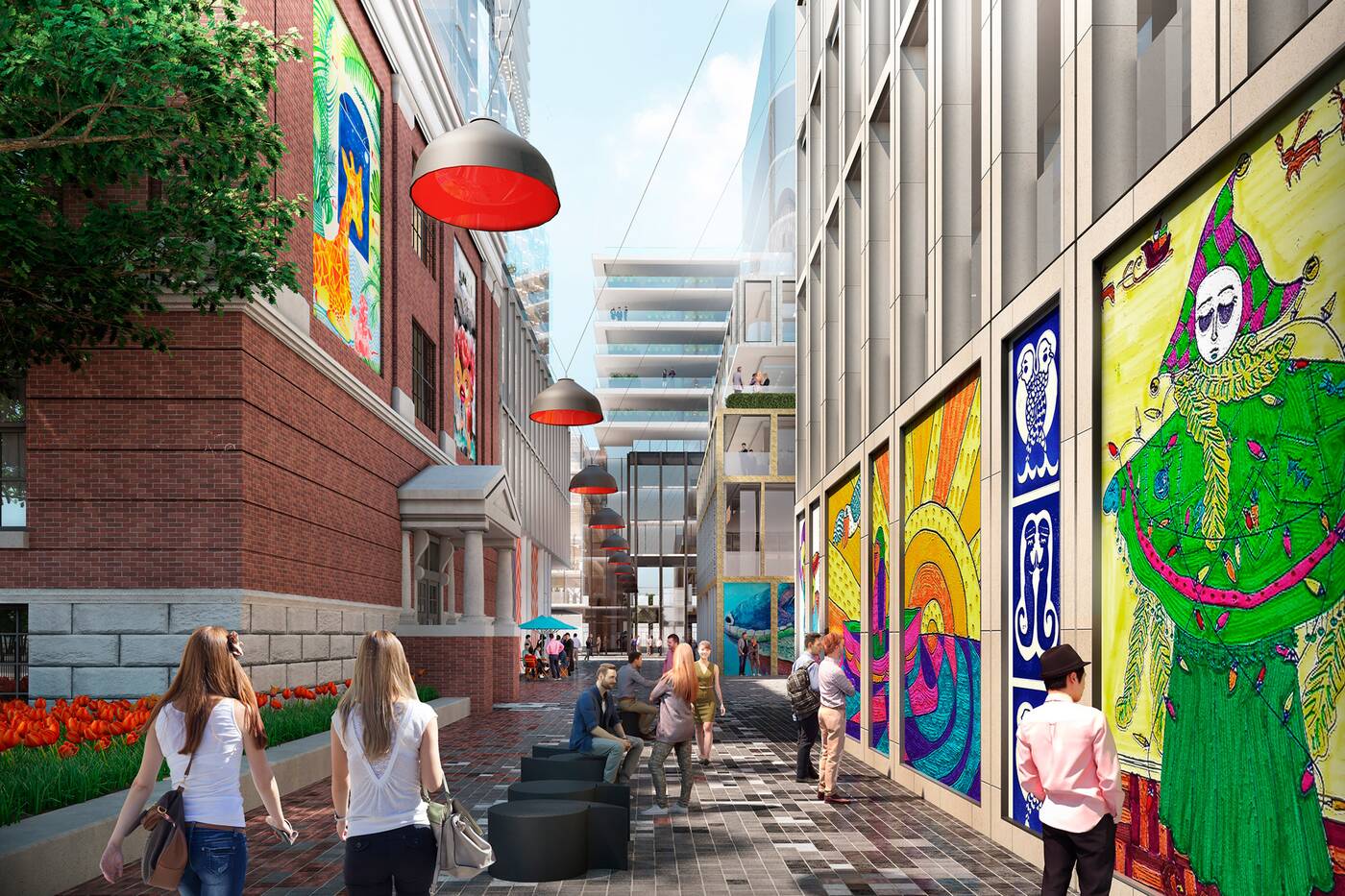 One of the various public spaces planned around the site. Image courtesy of Bloor Dufferin Development Limited Partnership.

Right now, the defunct schools act as a wall between Bloor Street and the area to the south, so the addition of retail-lined thoroughfares would completely revamp the Bloordale neighbourhood.

Public consultations for this project have just begun, so plenty can change before there are shovels in the ground, but right now the concept plans promise an exciting revamp of a site that's currently just a black hole in a vibrant neighbourhood.