Toronto mechanic sends out good vibes to the world

But one Roncesvalles mechanic is using their billboard to do just that. Instead of posting sale pricing, they post about hugs and happiness.

"People e-mail me and say 'I just saw the message and I really needed that today' or come in the shop just to say, 'you inspired me to get a puppy and it's the best thing that ever happened to me," says Josie Candito. 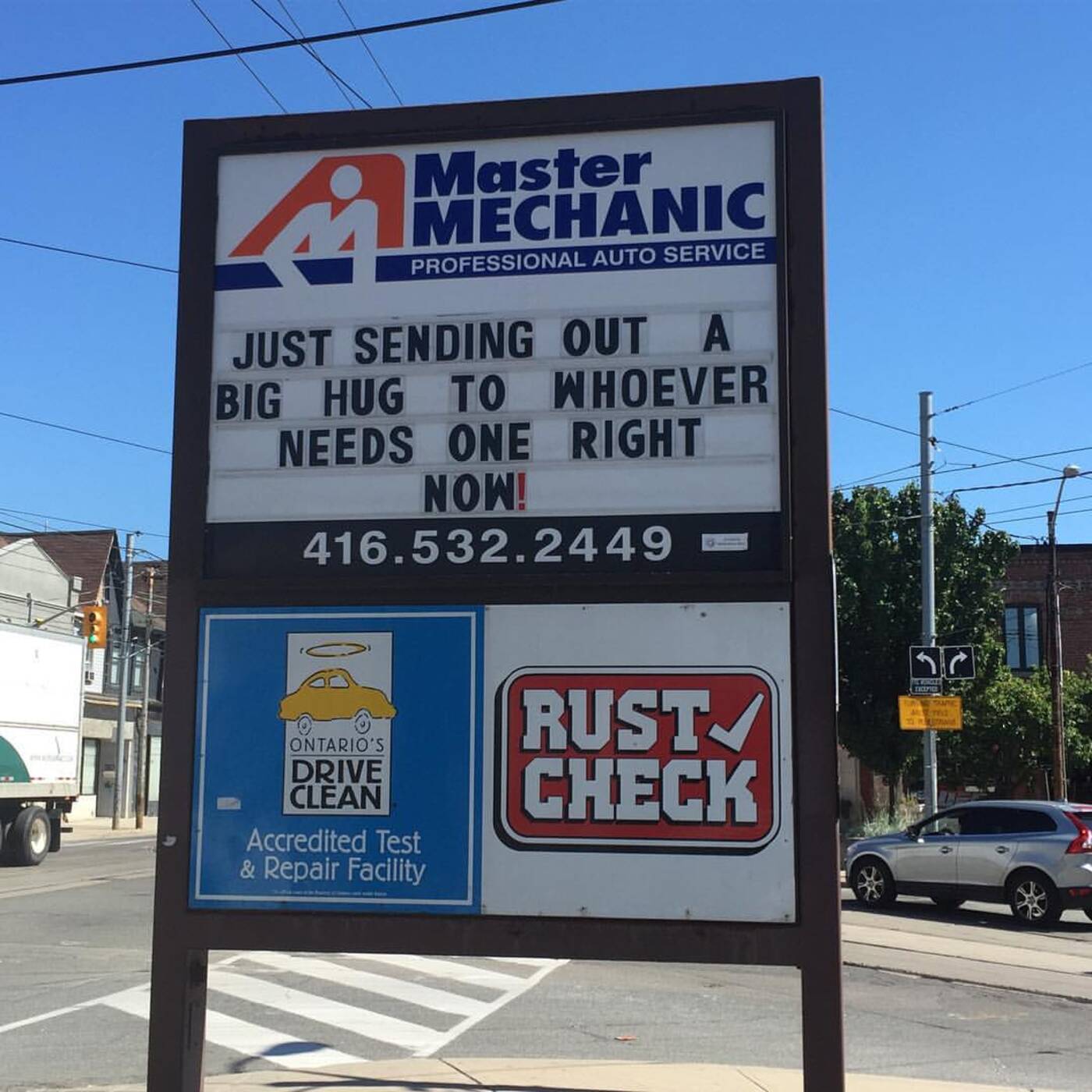 Candito is the owner of Master Mechanic at the corner of Dundas West and Howard Park.

Candito has managed the mechanic shop for 17 years and after going through some really tough times three years ago, she decided to put the positive messages she was using to improve her own life out on display to cheer people up.

"It warms my heart, she says. "It makes people feel good and we need this in the world right now."

Messages like "Just sending out a big hug to whoever needs it right now," or "Pets don't just shed, they emit magical fibres of joy and love," are changed twice a week (once a week if weather is really bad) by two part-time student employees. While Candito leads the initiative, the entire garage is in on the act. 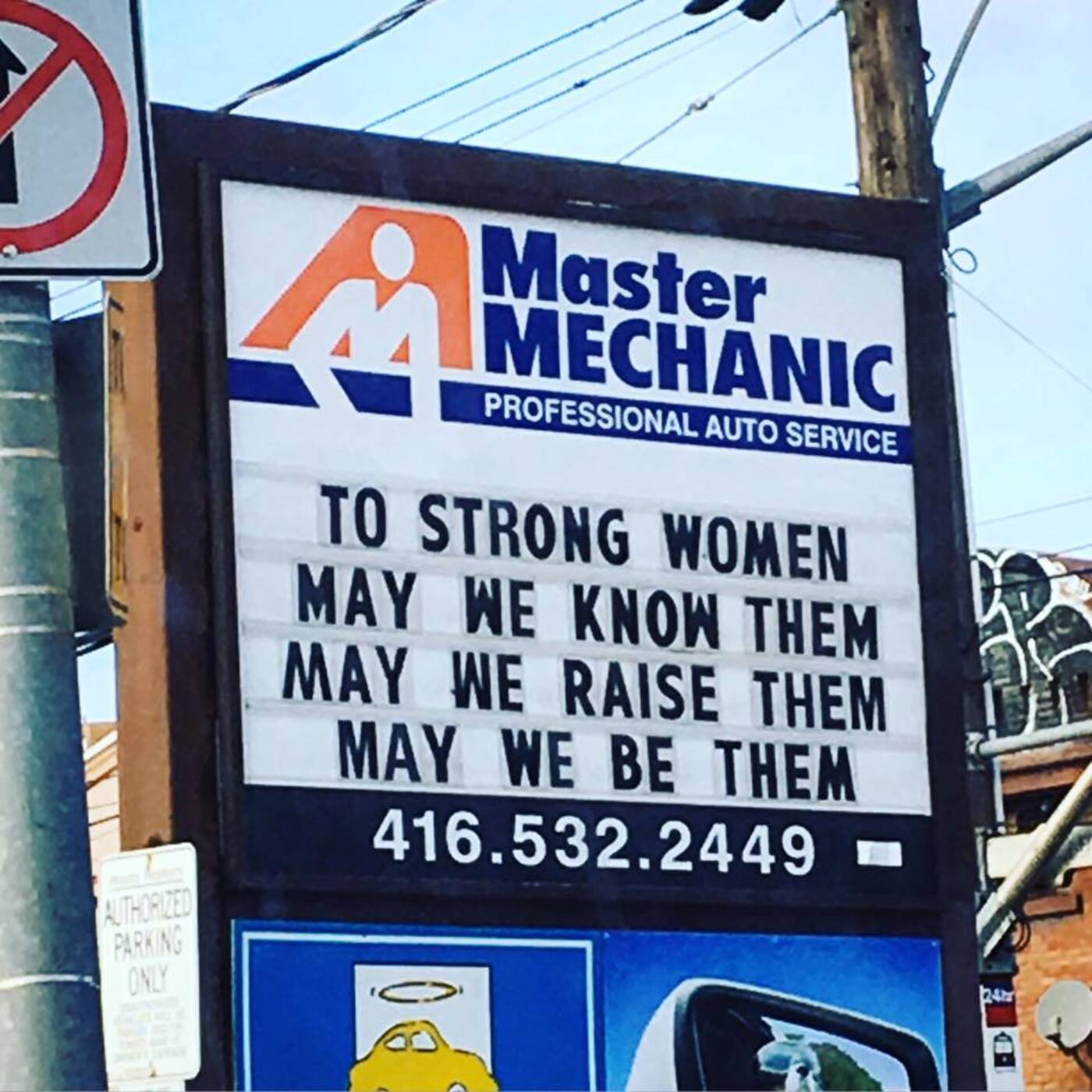 "That's always been my motto," Candito says. "To change negative perceptions of mechanic shops. People have a hard time trusting ... there's such negative attitudes with shops and through the board it's a way to connect to people."

It's also used as a community board, where they'll often post about films in the park, local events and fundraising that the garage is involved in. Master Mechanic throws their own Woofest - a rooftop concert on the property - to raise money for various animal charities.

"The neighbourhood gives me way more than I give," she says. "It brings the community together and all I tell people is do something to make someone else feel good and pay it forward."