A Toronto protest is planned in the wake of President Donald Trump's executive order on immigration that bans citizens from seven Muslim-majority countries entry into the United States.

Organizers call for the peaceful shutdown of the US Consulate in Toronto between 8 a.m. and noon on Monday, January 30. "We will shut down the building peacefully, sitting in silence, reads the event description on Facebook.

On Saturday evening a federal judge in Brooklyn restricted Trump's order by preventing refugees being held at US airports and borders from being sent back to their countries of origin, but the executive order still prohibits their entry into the US.

The call for the peaceful shutdown of the US Consulate in Toronto follows a weekend of chaos at American airports and public outcry across the globe.

"Donald Trump is passing the most racist Executive Orders the world has seen in decades," the organizers write. "For all those who believe in a compassionate world, the time to act is now. 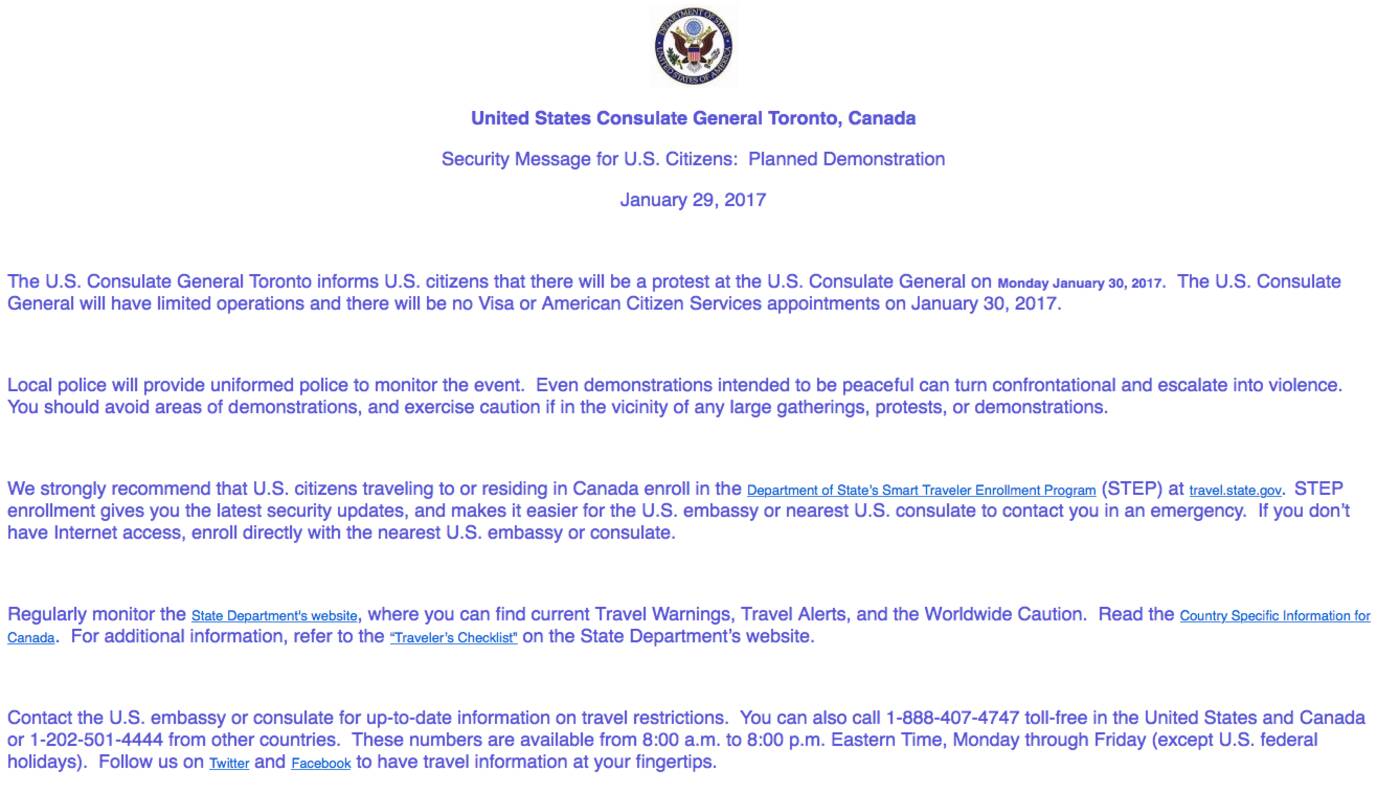 The US Consulate has issued a notice that it's limiting operations tomorrow in response to the planned protest. The duration of the protest has also been extended from noon until 2 p.m.