The top 5 new buildings in Toronto this year

As 2016 draws to a close, Toronto is a taller and denser city than it's ever been. Following a year in which the city played host to the Pan Am Games, there were less institutional buildings to join the ranks this year, but the condos just kept coming. Not all of them were pretty (in fact some were downright ugly), but there are some gems among the group.

Here are my picks for the top new buildings in Toronto for 2016.

This midsize condo at Queen and Beverley was completed on the cusp of 2015/2016. Designed by CORE Architects, the idea here is to fit the 11 storey building into the existing residential context of the street on the lower levels, but also to act as a gateway for the street with its stacked upper floors, which are the highlight of the sleek-looking development. 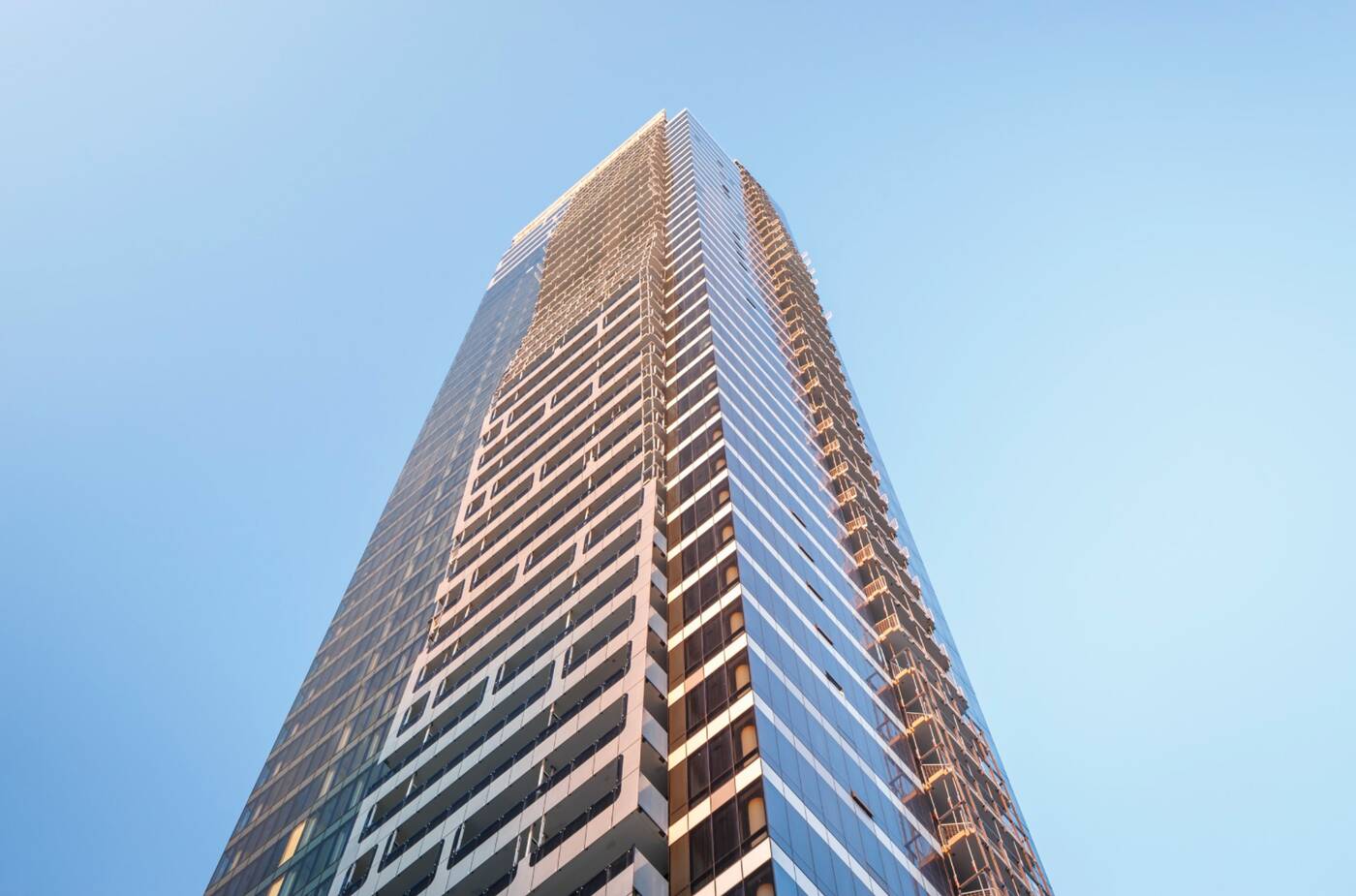 The arrival of Five Condos has been eagerly anticipated since restoration work began on the old storefronts at Yonge and St. Joseph that front the tower of the development. Hariri Pontarini Archichects were lauded for their heritage work, but the new part of the development is also worthy of much praise with its undulating balconies and gently curved facade. 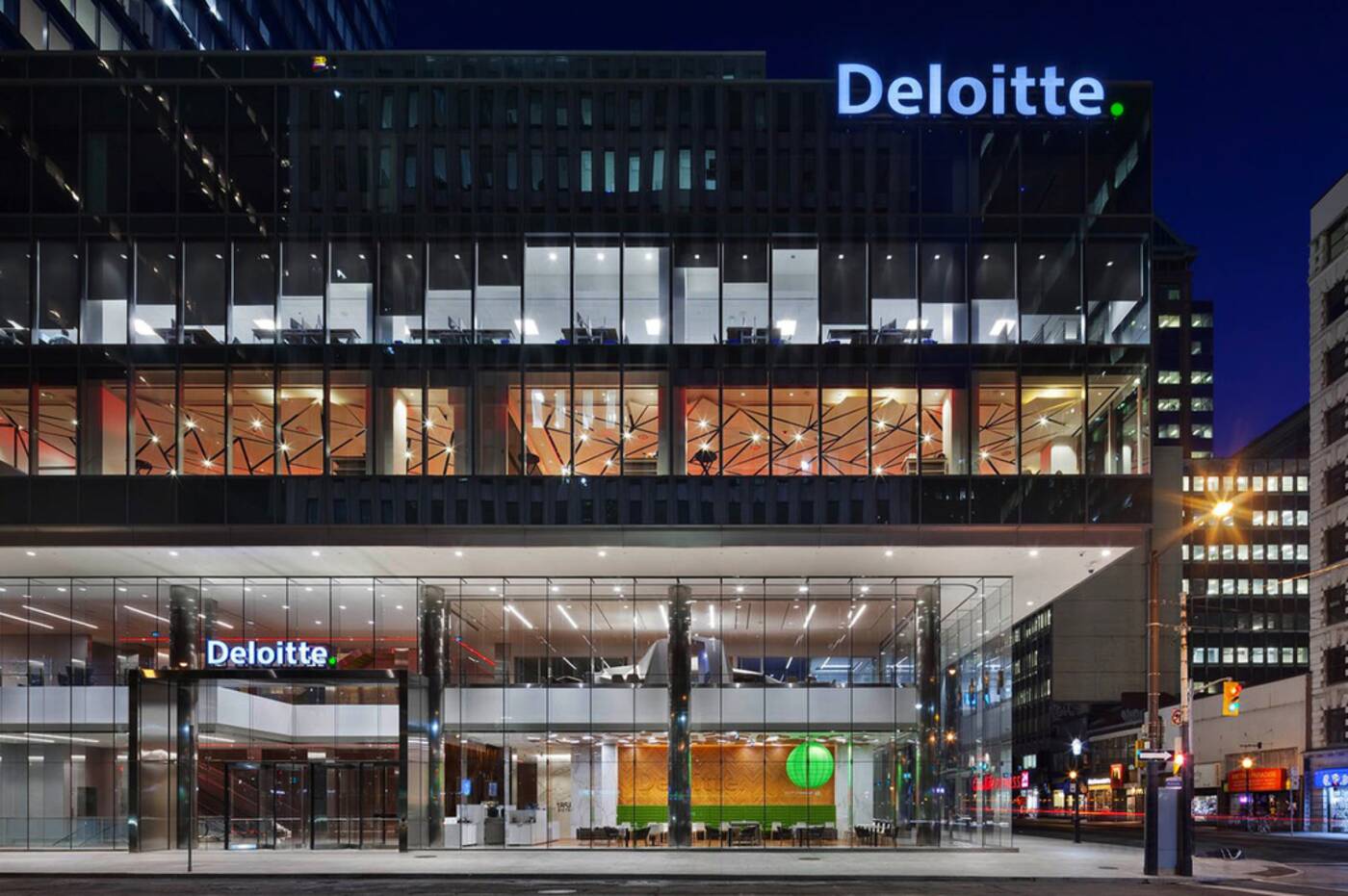 In a year with fewer office and institutional buildings coming to completion in Toronto, the sprawling Bay Adelaide Centre East is a noteworthy exception. It's not an overly daring building from WZMH Architects, but it has a stately elegance, and its presence has brought renewed life to the area around Adelaide, Temperance, and Yonge streets. 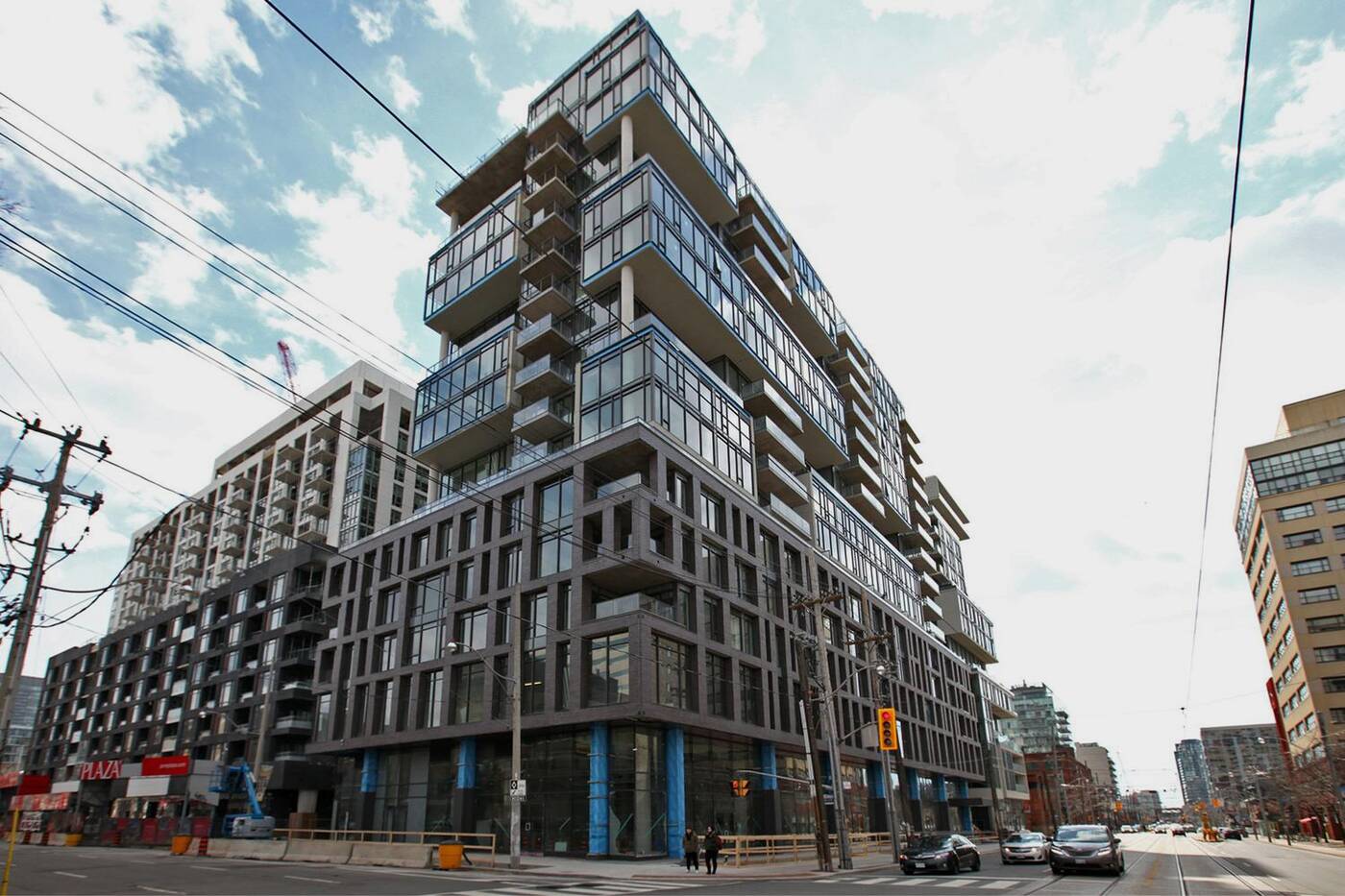 Despite the obnoxious spelling of its name, this condo at 111 Bathurst St. is another example of a midsize building from Core Architects that gets most things right. The scale of the development matches the surrounding area and the stacked blocks-design isn't just pretty to look at, but ensures that the residents have plenty of outdoor space to enjoy. 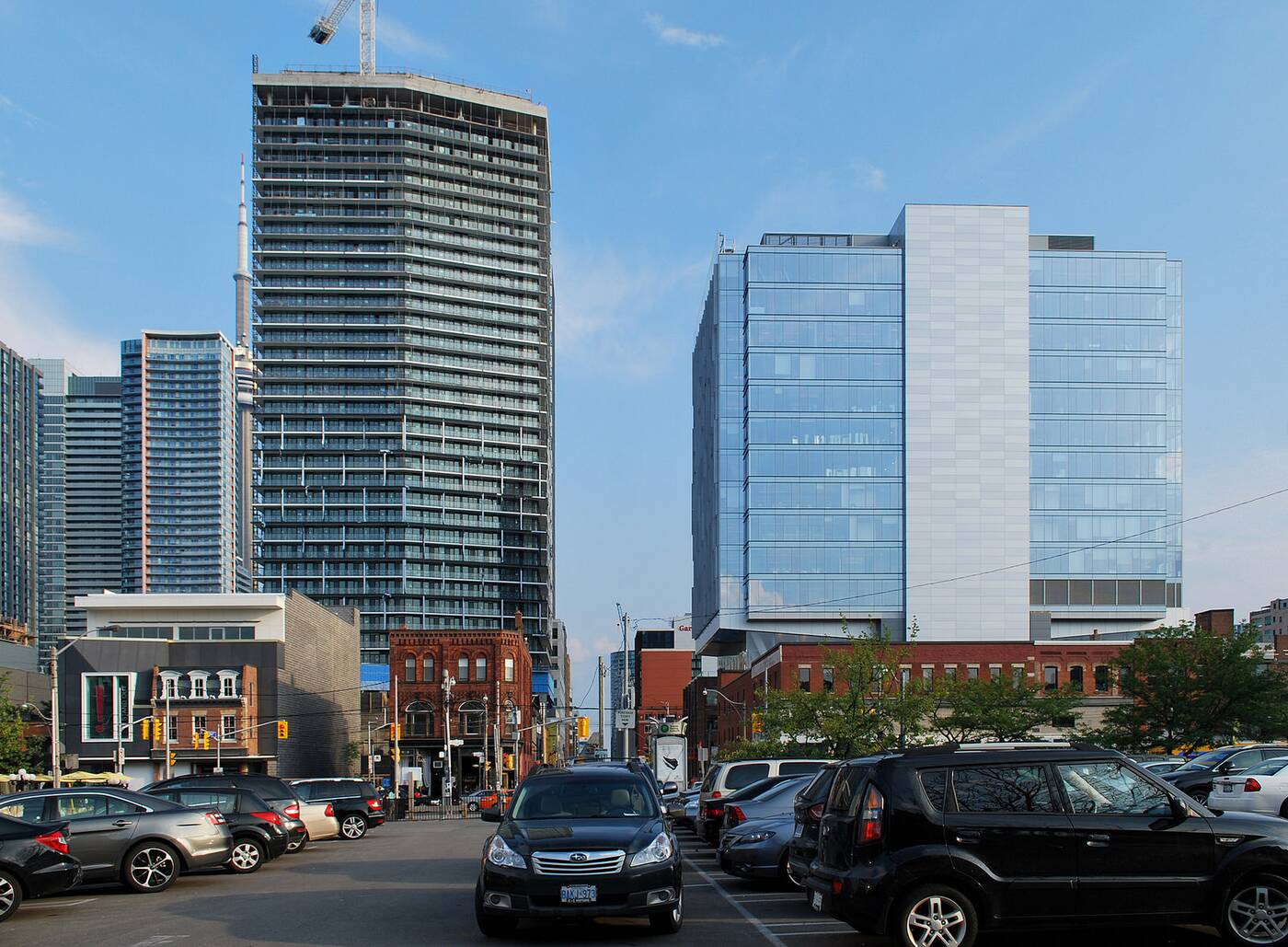 Tableau might not be an absolute stunner from a distance, but as you approach the podium and see how the building sits on a table-top support structure that protects an existing historical building, the quality of the design from Wallman Architects becomes apparent. It's a bit stern with its black base, but the public art installation helps to soften it, and the area underneath might one day make for a novel patio space.