The pace at which gigantic condo projects are being proposed in Toronto is downright dizzying. A few days ago, a 32 storey twin tower proposal at King and Parliament made waves, but also in the works from IBI Group Architects is another such project that blows it away in terms of height and scale.

As Urban Toronto recently discovered, a rezoning application filed with the City of Toronto reveals that Northam Realty wants to build a 72 storey twin tower condo complex at Yonge and College in place of the 18 storey Carlton Tower, which was built in 1959. It's a monster development, even for the area, which is rapidly becoming one of the most dense stretches in the country.

Given the existing building's lack of heritage status, it's unlikely to be protected on that account. That said, there will be major concerns related to the loss of commercial space and density proposed here. With so many projects underway in the vicinity, it's reasonable to ask what the breaking point for the neighbourhood is.

Over 1,100 units are proposed as part of the project, along with 256 parking spaces. It will be intriguing to see how this proceeds through the planning process. This development is about as brash as they come scale-wise, but given the precedence set nearby, it has a good chance to be built. 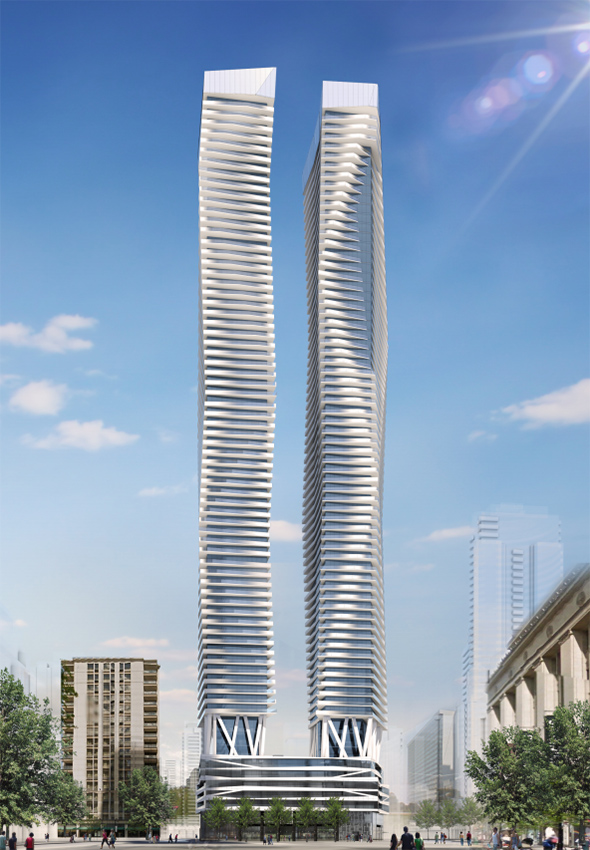 Photos via the City of Toronto / IBI Group Architects.