Is this the worst park in Toronto?

Toronto's recent history on building parks is sterling. Faced with the reality of a rapidly intensifying city, architects and planners have come up with novel solutions to the lack of space available for recreational use. But we don't always get it right. In fact, sometimes we blow it altogether.

Such is the case at Lisgar Park, the gravel yard just off West Queen West that feigns at being a green space. What's perhaps most troubling about this anemic public space is that there was so much hope when it was first dreamed up. 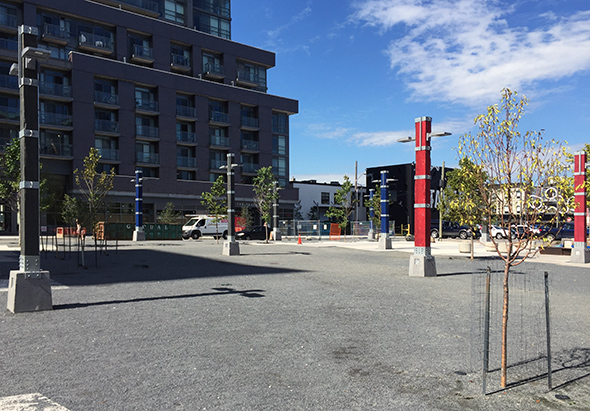 "We are not going to settle for what is merely possible through the conventional routes - a patch of grass, some decorative paving stones and a couple of public art installations. This neighbourhood is no different than any other in that it deserves a good deal, a great park, an inclusive process." 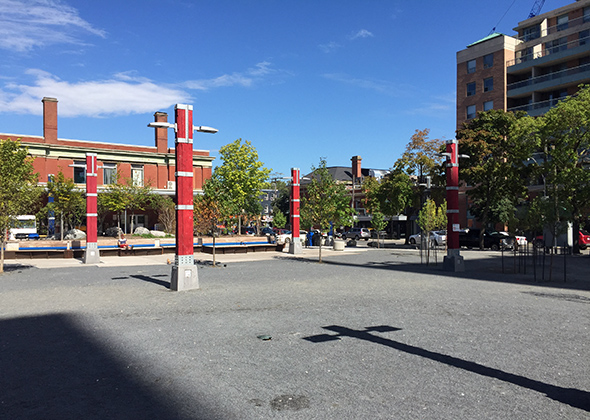 So reads Active 18's notes from the design charette related to the park in 2008. You might remember the group from its valiant efforts to preserve 48 Abell in the midst of massive redevelopment in the Queen West Triangle. The park was to be a small victory in the wake of losing the warehouse building that served as an arts hub.

It all looked promising on paper back then, but in trying to be a multi-use space, this "park" is really no such thing. It's more like a failed square, a place that might attract community gatherings if it wasn't for the fact that it isn't organized around a central feature. 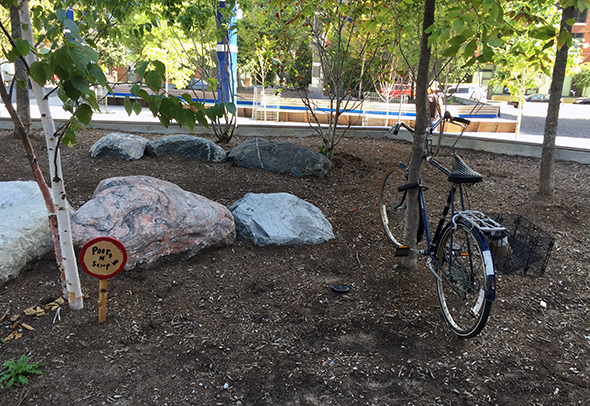 To be fair, the areas around the park aren't all finished. When the landscaping is complete around Edge Condos, the area in front of OMG On the Park, for instance, will dramatically help the area to feel more settled. For now, it just feels cold.

You don't need grass to make park space these days, but gravel isn't an adequate replacement. Lisgar Park feels entirely unfinished, despite the fact that it's been open to the public since fall of 2015. What might have been a neighbourhood hub has turned into a quick-walk dog park (and one with a bad reputation for lazy owners). 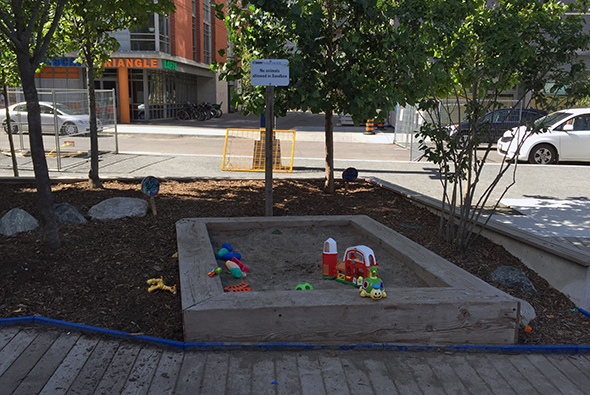 The benches that surround the gravel yard are actually quite nice. And perhaps a frew years of growth will offer some visual structure via the tree plantings, but I wouldn't be too optimistic unless a revamp is ordered. At present, there's just not enough usable space here aside from the benches that surround the sea of pebbles at this park's core.

It's a shame, really. Park space is at a major premium in this neighbourhood, and a sensitive design would have resulted in an extremely popular place.