One of Queen Street East's most recognizable buildings has started a transformation process that will wipe it of its kitschy veneer but restore its historical beauty. Most recently the home of eclectic furniture store Marty Millionaire, the heritage property is set to become Free the Children's Global Learning Centre.

Constructed in 1907, the building at the southwest corner of Queen and Parliament housed some form of a furniture store for century, first as the Home Furniture Carpet Co. and then as Marty Millionaire from 1978 to 2014. The second floor was also home to a bowling alley for over 50 years, the lanes of which remained in place decades after it closed. 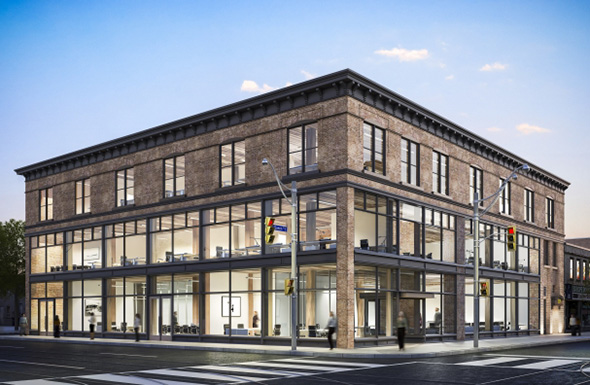 It was during the Marty Millionaire years that the exterior took on its blue exterior, a feature that's made it highly recognizable but at the expense of its original historical elements. Adorned with pink neon signage, it was a lovable eyesore, but it's remarkable just how elegant the restored version will look. 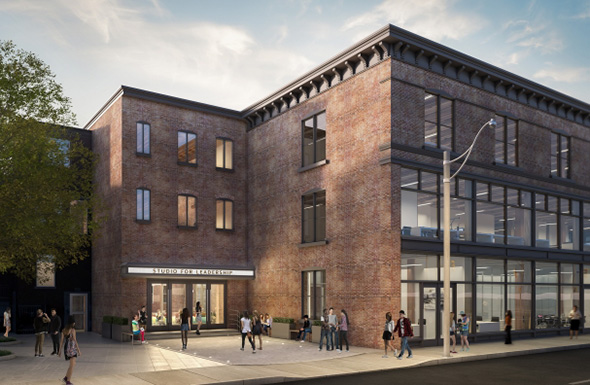 The facelift that's now underway will restore the original brick and showcase the architectural merits of a building that's an excellent local example of the Chicago School style. It'll also be a hub of activity as the headquarters of Free the Children and a learning centre with technologically advanced classrooms and incubation hub.

The learning centre is expected to open next year.