The 1970s were Toronto's coming of age decade, and nowhere is this more obvious than the city's built landscape. Our modern skyline was born during this period, and many of Toronto's most important buildings can be traced back to this 10 year flurry of architectural activity. We might not love concrete like we once did, but the best of these structures have stood the test of time.

Behold, my picks for the top Toronto buildings from the 1970s. 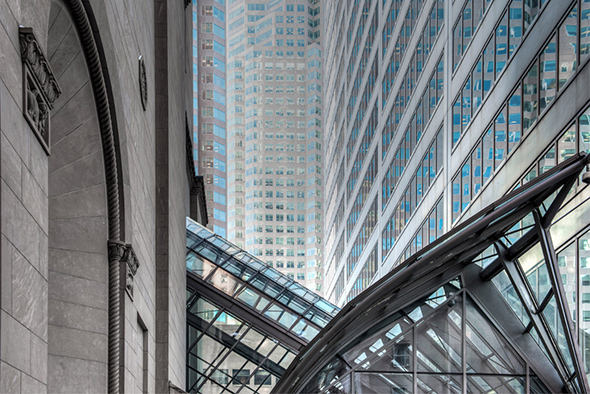 Commerce Court West
The black steel of the TD Centre will always garner more attention than I. M. Pei's stainless tower, but Commerce Court West is also a modern masterpiece of a skyscraper that still looks great today. Built in 1972, it originally featured a otherworldly aviary and observation deck on the top floor. Apparently, workers had great difficult removing the birds, who didn't want to leave. 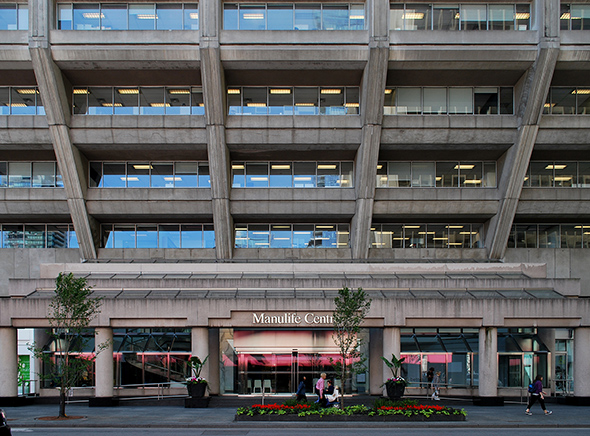 The Manulife Centre
Concrete was the "it" building material in 1970s Toronto and Brutalism was all the rage. Designed by Clifford and Lawrie Architects and opened in 1974, the Manulife Centre appears monolithic from a distance, but its podium has always maintained a human scale at street level. Unfortunately, its distinctive design will soon be covered in glass as part of a retrofit. 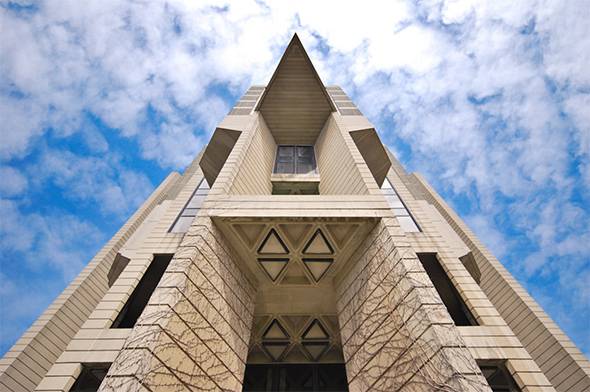 Robarts Library
Is there a building more fiercely debated than Robarts Library (1973) in Toronto? Lovers of Brutalism defend it passionately, while many claim it's the ugliest building in the city. Love it or hate it, the sprawling library at U of T designed by Mathers & Haldenby Architects is one of Toronto's most recognizable buildings. 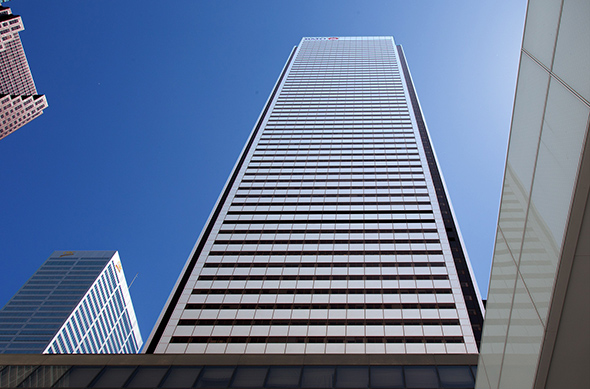 First Canadian Place
First Canadian Place still holds the title of tallest building (rather than structure) in Canada, though its days are numbered. Completed in 1975, the original version was clad in Carrara marble as a symbol of its stature. Alas, when chunks started to fall, the building was re-clad in glass panels, a retrofit that completely reinvigorated the Bregman + Hamann Architects-designed tower. 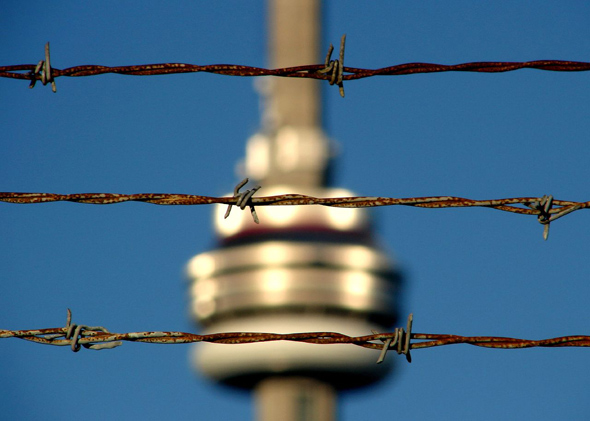 CN Tower
What is there to say about the CN Tower? It's far and away Toronto's best known structure, and the city would be almost unrecognizable without its presence on the skyline. It was a marvel of engineering when it opened in 1976, and remained the tallest freestanding structure in the world until 2007. 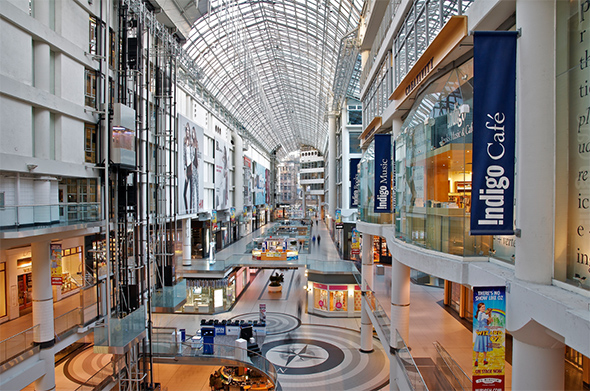 The Eaton Centre
The Eaton Centre (1977) has always been a two-faced building. The downtown mall has a terrible relationship with Yonge Street along its east side despite efforts to make it more engaging. Nevertheless, the glass roof and open floors of the interior are an excellent example of postmodernist design for which architect Eberhard Zeidler deserves much credit. 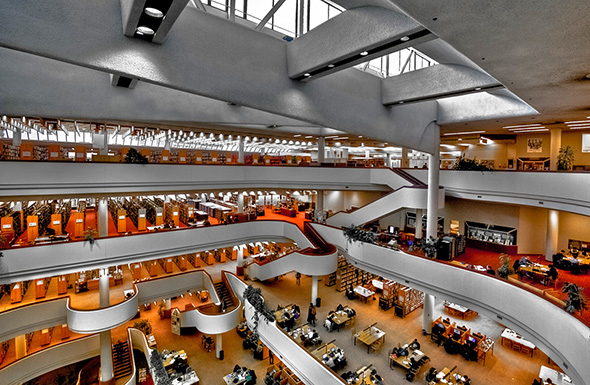 Toronto Reference Library
Raymond Moriyama's Toronto Reference Library (1977) has always been defined by its soaring atrium, but perhaps the greatest pleasure of the building is its northeast side, where (mostly) indirect sunlight pours in and vistors can gaze out upon lush Rosedale. It's the complete opposite of a claustrophobic space, which makes it so inviting for studying/researching. 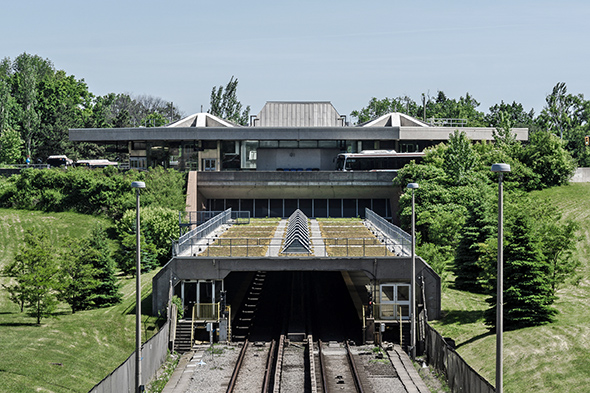 Eglinton West Station
Some of the finest architecture on the TTC can be found on the Spadina Line, which opened in 1978. While it doesn't get much love these days, Arthur Erickson's Eglinton West Station is a lovely example of concrete architecture, integrated as it is into the hill out of which the Allen Expressway begins. It's an intuitively designed building that's easy to navigate, feels airy, and treats concrete with delicacy. 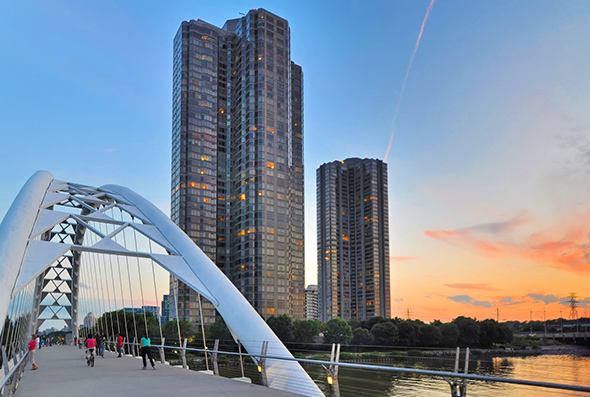 Palace Pier
Palace Pier was one of Toronto first luxury condominiums, built all the way back in 1978 to the designs of Edward I. Richmond. Boy has it aged well. Most people passing by Humber Bay would be hard pressed to distinguish it from its newer sibling Palace Place, which was built in the early 1990s. The cruciform shape of each tower is a rarity in Toronto, and the views from the units are spectacular. 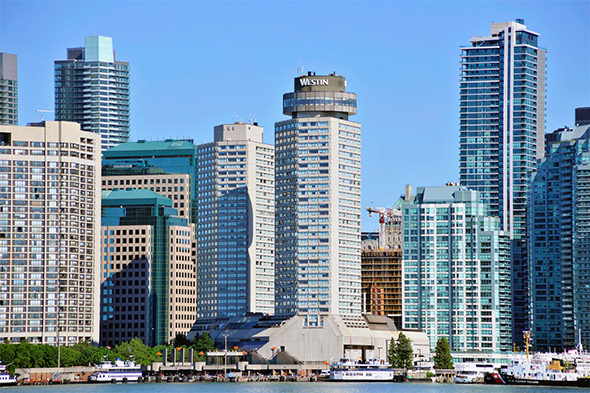 Harbour Castle
Built in 1975, the Harbour Castle Hotel was one of the first major buildings on Toronto's waterfront. The tower rises out of a sloped podium and peaks with disc-shaped rooftop that was once a rotating restaurant. It tends to get lost in all of the development that's taken place since it first graced the skyline, but the hotel was a trailblazer for the post-industrial Queens Quay.