It's the last remnant of the upscale neighbourhood that arose here in the 1880s. The house has looked odd for a number of years, divorced as it is from the the residential context in which it was once embedded, but it now strikes an even stranger sight with bright yellow steel bars propping it up above the ground. 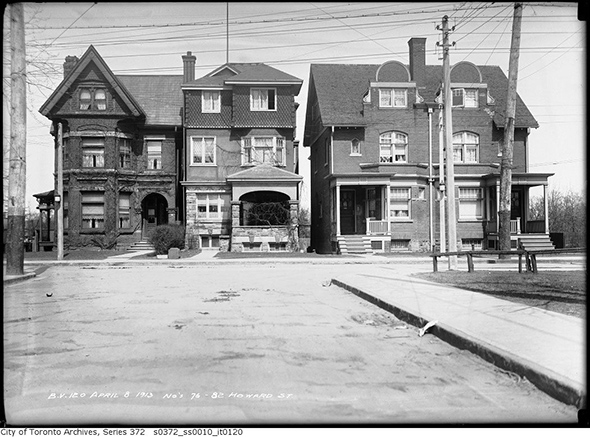 William Whitehead House is on the move as a major development finally takes shape near Bloor and Sherbourne. The North St. James Town project will bring over 1000 condo and rental units to the area as well as retail at grade along Sherbourne St. 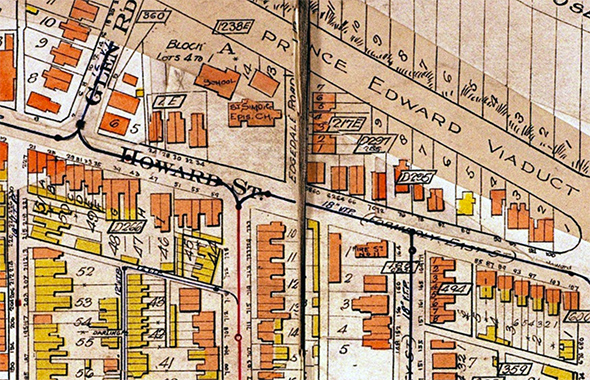 When the development was first proposed, it called for the demolition of this house dating back to 1887, but as has been the case at a few other sites, a compromise was reached at it will be moved a hundred or so metres west to 32-24 Howard St. beside other homes of its period.

11 other heritage homes have been preserve as part of the North St. James Town project, including the abandoned row at the tip of Glen Rd. (addresses 6-16), which now flaunt restored front exteriors. 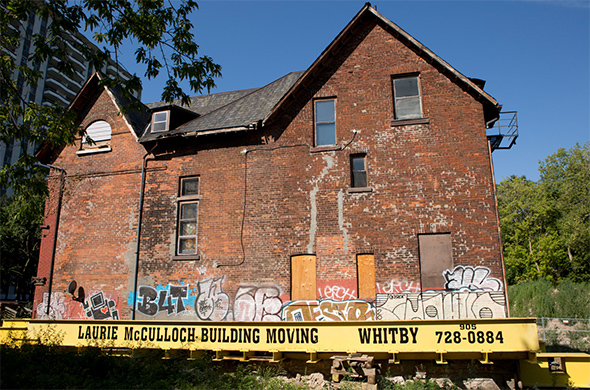 The big move is set to happen any day now. Earlier this year, the house was dug up and large steel column were inserted into the foundation. It's sounds almost preposterous, but when it comes time to make the trip across Howard St., the historic home will be jacked up and put on the back of truck to make the short journey. 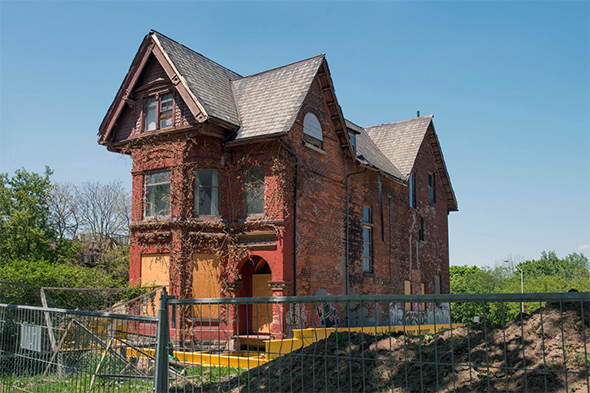 It's an expensive length to go to preserve one home, but this property received heritage designation all the way back in 1974 after the rest of the block had been demolished as part of the original construction of St. James Town.

This is a prime example of Toronto architecture of its time, and it's a minor miracle that it's still around to preserve. If we can't save these houses, we're doing something wrong.

Photos by CJBurnell (x 2), Lori Whelan, and the Toronto Archives.