Have you ever been waiting for a bus or streetcar for so long that you started wondering what was up with the TTC's weird numbering system for its routes?

You'd think that there would be a more easy way to discern the logic behind numbers like 501 (Queen), 29 (Dufferin), and 196 (York University Rocket).

Well, if you have ever wondered about such things, there's good news. Despite some anomalies and exceptions, the TTC's route numbers aren't entirely arbitrary.

On the contrary, in 1956 the Commission did its best to put a logical and predictable route numbering system into place. Prior to that, routes were merely named for their streets. 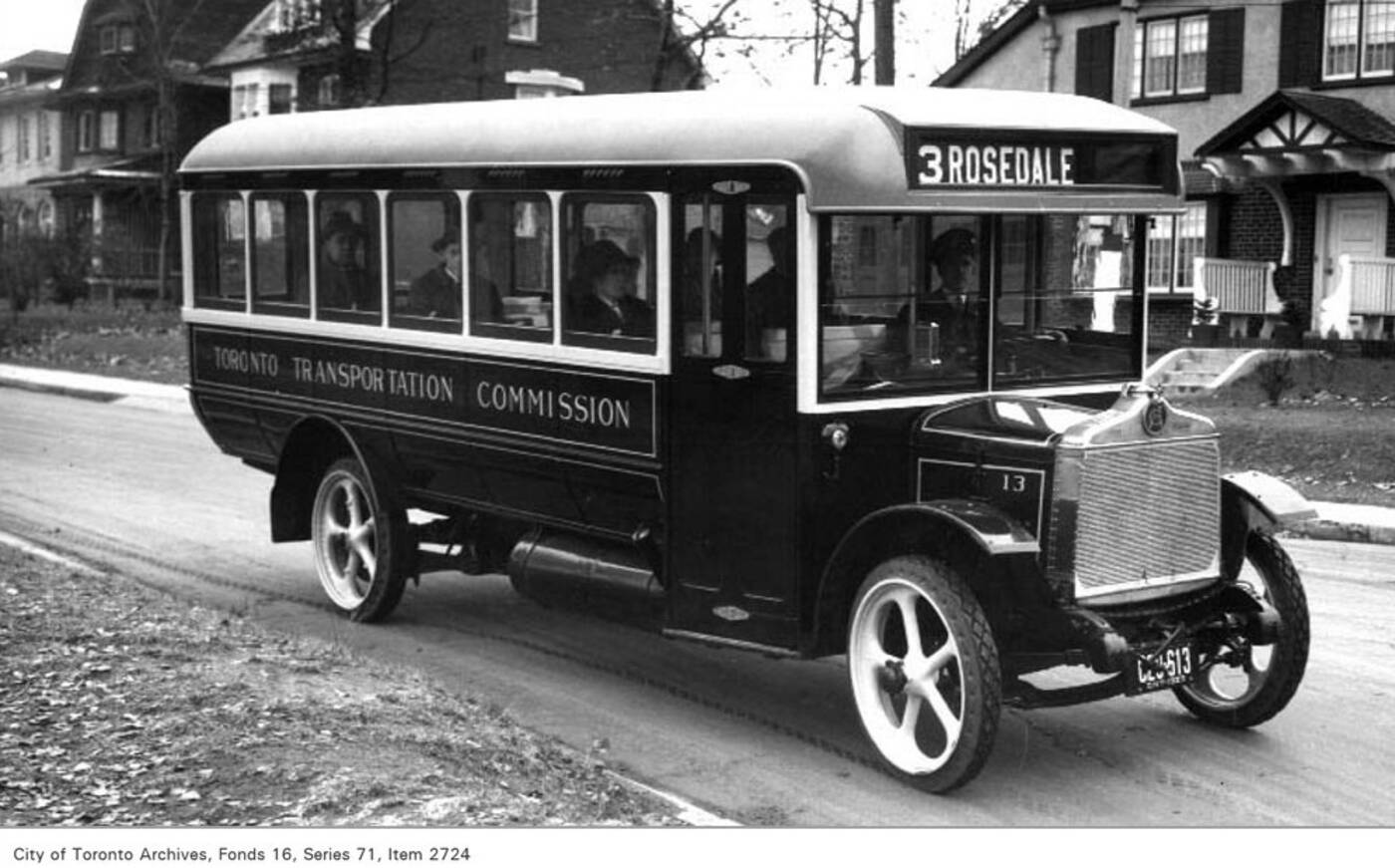 The old #3 Rosedale bus before routes were systematically named. Photo via the Toronto Archives.

If you're curious about pretty much anything TTC-related, Transit Toronto's James Bow is one of the first people you want to talk to.

His site is an encyclopedia of TTC tidbits and history, including a chart of all the route numbers the TTC has used over the years. After an inquiry from one of our readers, I asked Bow about how the numbering system works.

"The current TTC numbering system is a kludge of several numbering schemes that were added to or replaced elements of the original scheme, with many elements grandfathered in," he explained via email. "As a result, there's very little rhyme or reason." 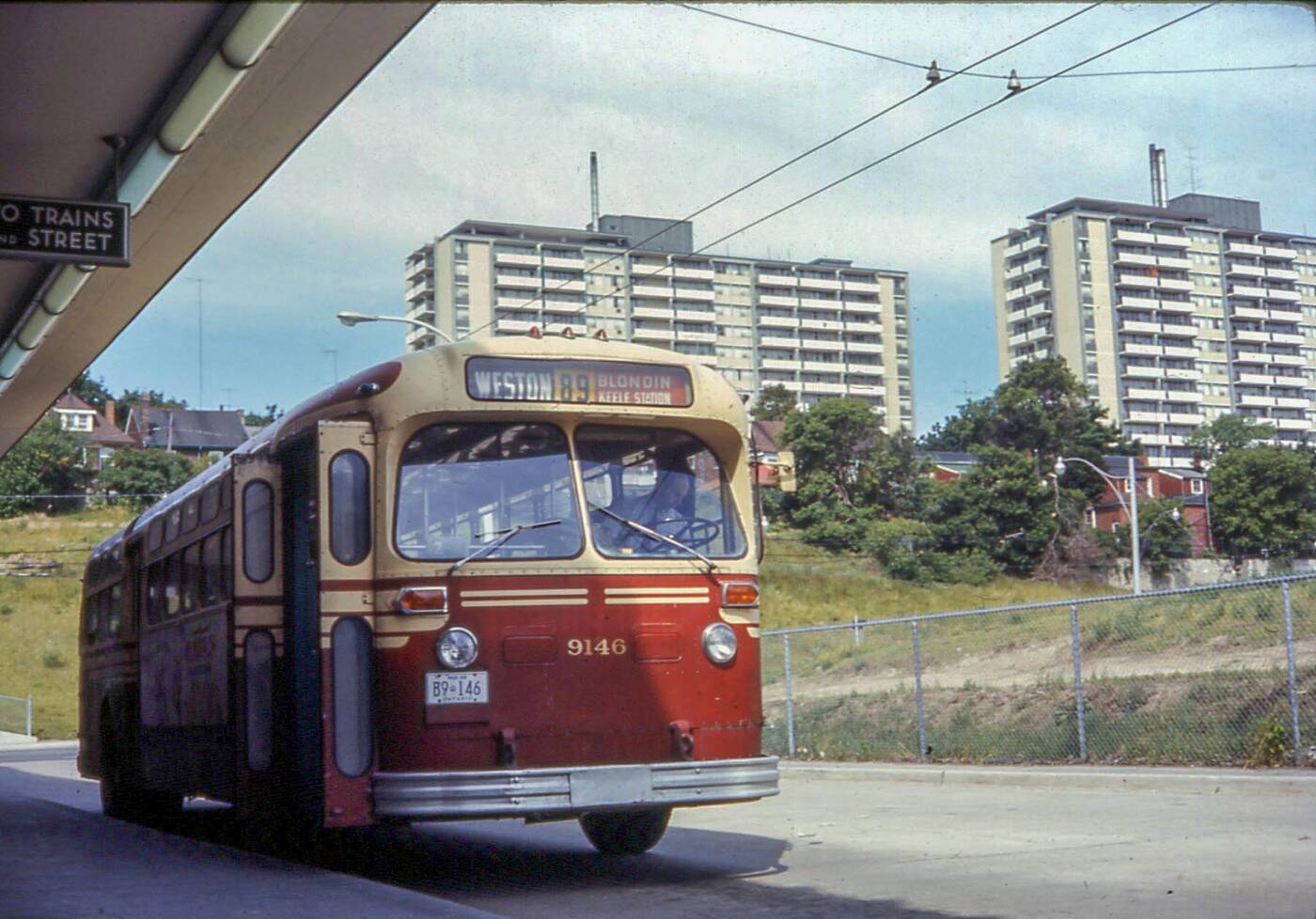 That sounded good on paper, but it was actually difficult to implement given that the system was always growing at the time.

"They tried leaving gaps between some of the numbers in order to allow new routes to fill in alphabetically, but very soon, this became impossible, and anomalies started to appear," Bow tells me.

"Pretty soon, the TTC dumped the idea of keeping the routes alphabetical, or even the odd-even NS/EW designations... The other problem was that, very soon, the route numbers exceeded the 99 spaces available, and we started breaking into 100 series."

"The TTC made a few attempts to clean things up and apply order in the years that followed, but they never followed through with a coherent system covering all of the routes, primarily for fear that people would be attached to their old route numbers, and confused if, say, 32 Eglinton West suddenly transformed to 78 Eglinton West." 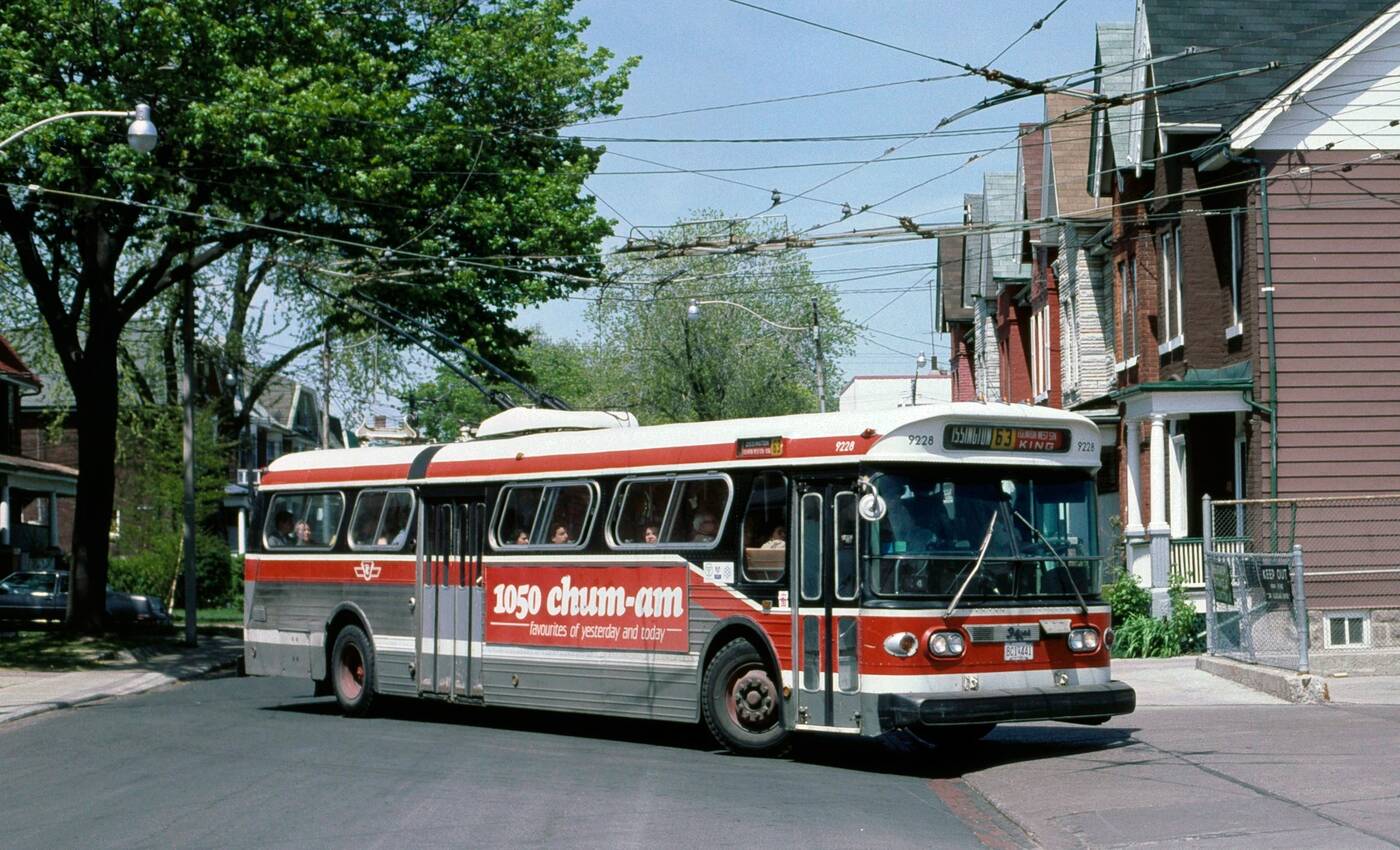 The Ossington 63 trolley bus in 1987. Photo by Steve Morgan.

The route numbering system has never been particularly coherent, but there are systematic elements to it, going back to the early attempt at alphabetization.

Case in point, when route numbers were introduced on streetcars in 1980 with the arrival of the CLRV cars, they took the 500 series to separate them from bus routes.

Blue night buses are also given distinct status by being numbered in the 300s, while Rocket buses are labeled between 190 and 199.

As one of the initiatives of the Andy Byford era, subway routes were given official numeric designations, which necessitated the renaming of the lower numbered bus routes like the 5 Avenue Rd.

So there you have it. There's purpose without purposiveness. By way of a general scheme, Bow provided the following breakdown. It's probably the best you can do when dealing with a system that has so many anomalies.