The nicest view of Toronto no one ever talks about

Toronto is a city blessed with stunning views of its skyline, many of of which are connected in some way to the waterfront and the Islands. Yet, despite our relative flatness, there are also a few lookouts around the city that offer vistas over its expanses.

The best known of these is surely at Chester Hill near Broadview and Danforth, which offers a sweeping view of the Don Valley and the downtown core. Toronto looks astonishingly lush from this perspective in the summer, and it's certainly a place worth seeking out if you find things like this rewarding. 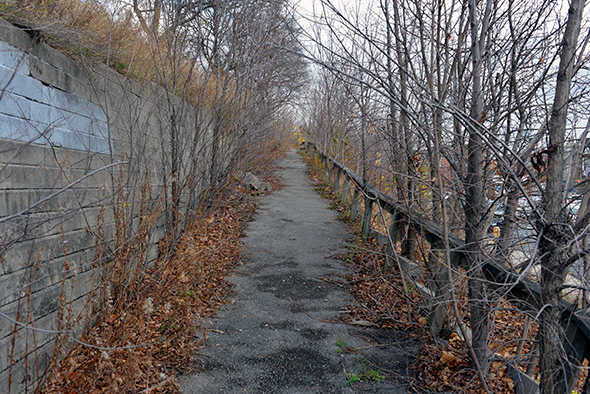 There is, however, another hidden lookout, one that offers an equally stunning view. It doesn't have an official name, but a small path at Davenport and Dufferin leads up to the edge of the playground of Regal Road Public School and offers one of the widest panoramas of Toronto you could imagine. 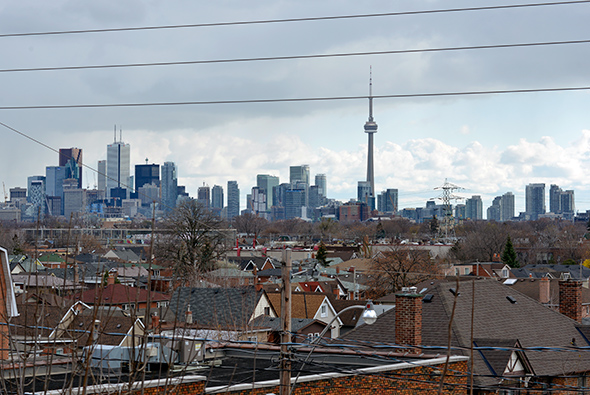 Located on what would have been the old Lake Iroqouis shoreline, the expanse of the school's yard allows you to look from Humber Bay to almost Yonge and Bloor depending on the amount of foliage on the trees. If you look from the yard itself, though, you'll have to deal with a fence that's rather frustrating. 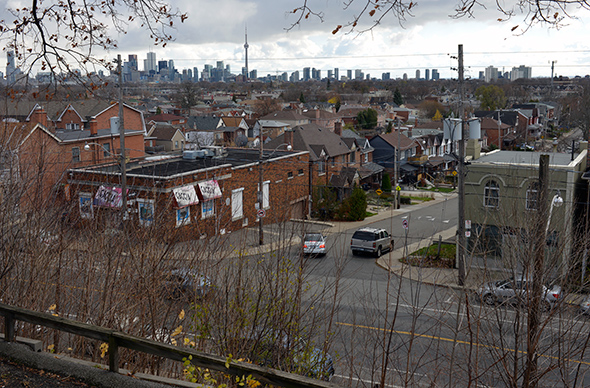 The overgrown path to the south offers unimpeded views, even if trees limit its panoramic range. Judging from the discarded beer bottles here, it's not exactly a secret, but knowledge of its existence seems to be confined to urban experts and area locals. That's a bit of a shame considering the unique perspective of Toronto it offers.

A couple of tips if you care to make the trip. The view is actually best in the winter when the tree line is less of an impediment (years ago this was less of an issue). Paying a visit during the week is ill-advised given that the school yard is often full of kids. Even if you stick to the hidden path, you might attract some unwelcome attention.

No one wants that when taking in what is one of the best hidden views of Toronto.