There can be few things more quintessentially Toronto than the acorn-style street sign. Before the famous black-and-white design was adopted citywide, a sometimes confusing mix of wooden and metal designs in an array of typefaces were employed in order to help people find their way around Toronto.

Here's a look back at some of Toronto's street sign history. 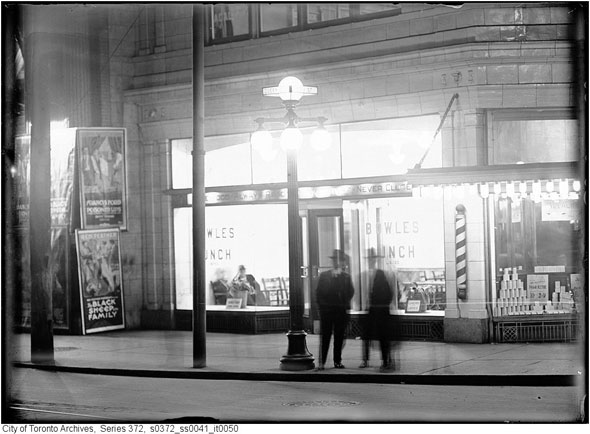 In 1928, the signs at Queen and Bay were incorporated into elaborate light standards, as is (kind of) visible in this photo showing the southeast corner of the intersection. The same light standards were repeated elsewhere in the city often without the names of nearby streets attached to the upper bulb. 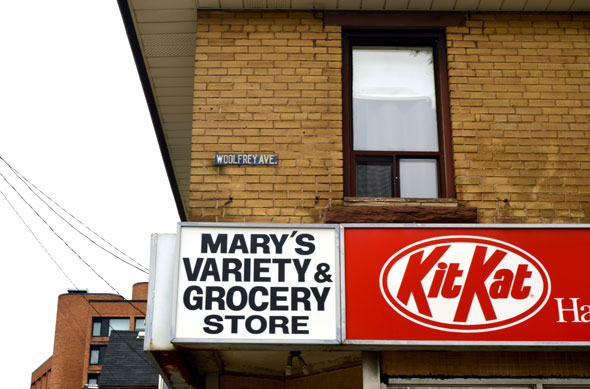 Before the acorn design became the city standard, blue and white metal signs fixed to the sides of buildings were the most common wayfinding devices in Toronto. Unfortunately, they were notoriously hard to see, especially at night or during inclement weather. Thanks to benevolent property owners, some still remain, like this one at Woolfrey Ave. Newer street signs spell it "Wolfrey." 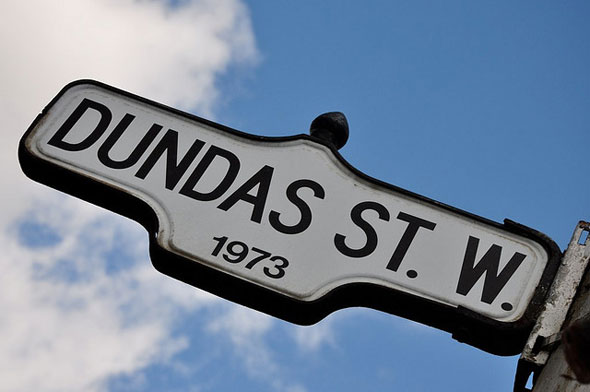 The famous acorn signs debuted in the 1950s. Prior to the launch, each of the 13 Metro Toronto municipalities used their own designs for everything form parking enforcement notices to signs prohibiting left turns. Some acorn-era signs carried white text on a dark green background. 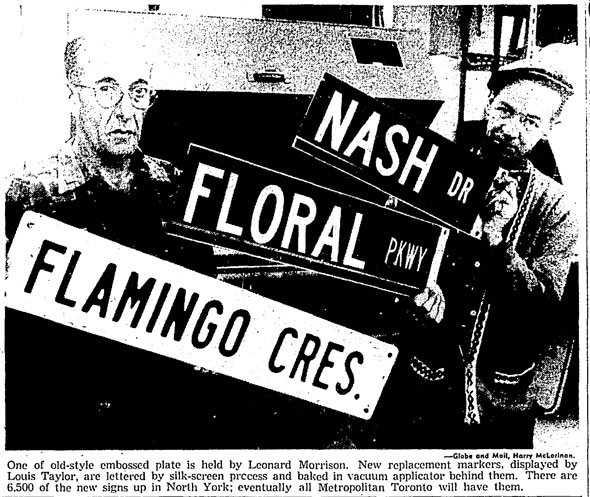 Reflective paint was another first for the '50s. In 1958, Scarborough was the first borough to introduce street signs that appeared illuminated under automobile headlights. They were silver with a blue background and could be seen through a windshield at around 150 feet. The signs were rolled out citywide in 1960. 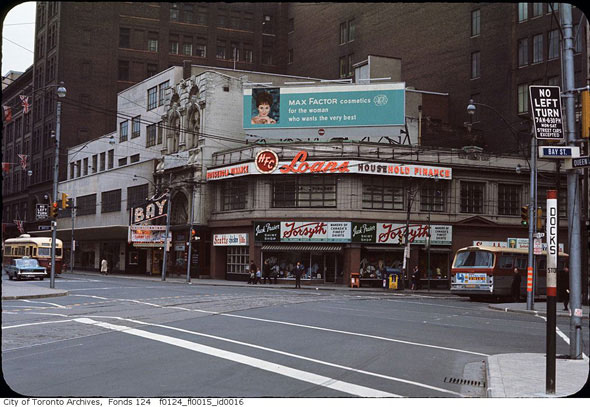 Plastic backlit street signs (visible at far right above) were introduced during Canada's centennial year in 1967. Black text on a yellow background indicated an east-west street; white text on a blue background was used for north-south roads. A pair remained at Queen and Bay until 2013. 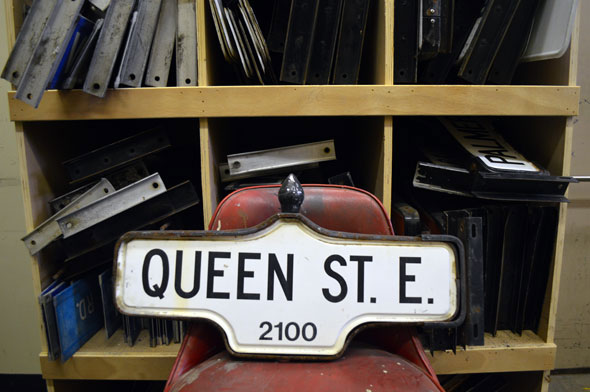 After months of debate, Toronto started auctioning off its massive stockpile of decommissioned street signs in April, 2014. After an initial rush, prices seemed to have settled down somewhat. In Spring of last year the average sale price was $271.30. One signed by Rob Ford fetched more than $2,000. 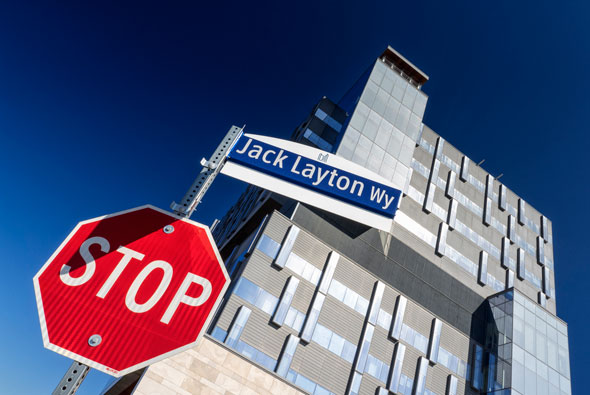 In 2007, Toronto adopted a street furniture program that aimed to consolidated the city's mishmash of street signage. Part of that was the rollout of new blue and white extruded aluminium local and arterial street signs. The design of the former mimics the look of the acorn design and leaves room for neighbourhood customization.