The top 5 new condos on the east side of Toronto

At last it seems Toronto's east end is getting the attention it deserves. Well, from developers, at least. East of Yonge St. and in to Scarborough, mid and highrise residential buildings are appearing in newly desirable locations that boast convenient access to public transit and, in many cases, a short commute time from the downtown core.

Take Queen and Broadview. Streetcar Developments, headquartered a short distance away, is busily engaged with overhauling two of the intersection's four corners. The Broadview Hotel, a beloved but decrepit former strip club, is becoming a boutique hotel, and a patch of land over the street once dominated by a Toyota dealership is set to be transformed into a neat new neighbourhood.

Here are my picks for the top new condos east of Yonge St.

The Tree House
The stylishly compartmentalized design of the Tree House condos (pictured above,) currently in the pre-construction phase near the eastern terminus of Gerrard St. E., promises to deliver a jolt of modern architecture. The designers, Winnipeg-based 5468796 Architecture, have conceived a two-block residential complex with park-like communal garden and units with an abundance of natural sunlight and open space. 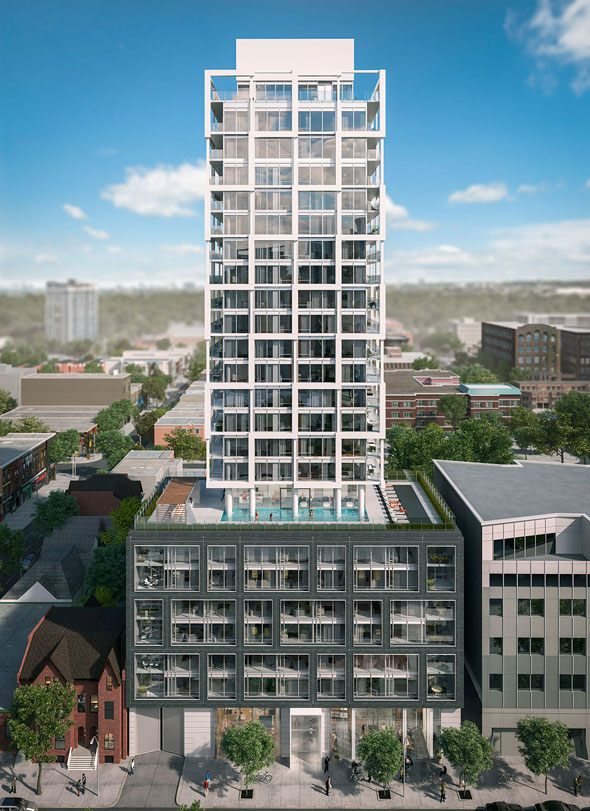 East 55
When it first launched, Brad Lamb's condo at Richmond and Ontario streets promised to bring the "Lower East Side" to Toronto. The branding might have been cringeworthy (it has since changed,) but the building itself looks promising: high ceilings, large windows, and a human-scale, four-storey frontage on Richmond designed by architectsAlliance. 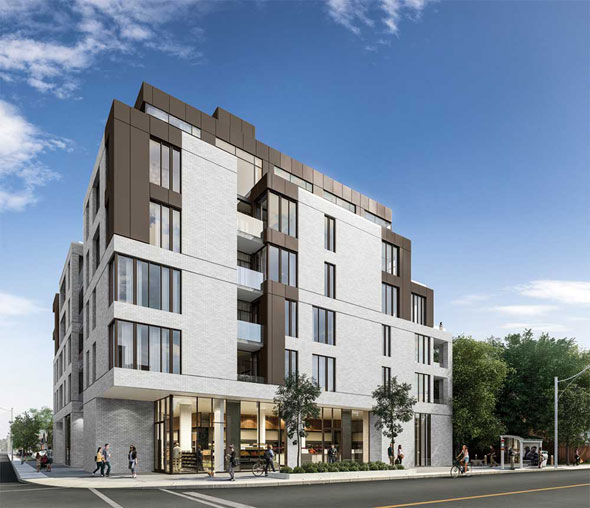 The Southwood
Streetcar Developments has been remarkably active in the city's east end the last few years. The renovation of the Broadview Hotel, the planned Riverside Square community, and The Southwood, among others. In the latter, the Upper Beaches stands to gain a tidy mid-rise building in place of a suburban drive-up restaurant most recently home to Dip 'n Sip Donuts. 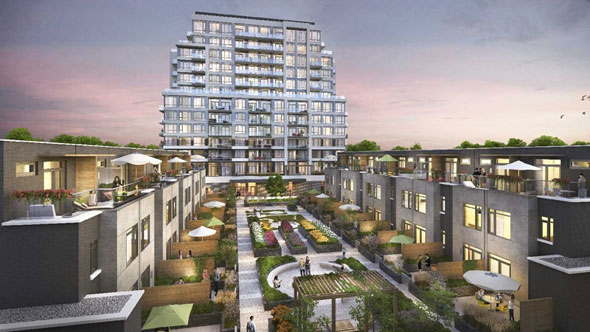 The Bartholomew
The mass redevelopment of Regent Park isn't just about replacing old Toronto Community Housing buildings. The master plan for the neighbourhood includes market-priced units, too. The Bartholomew near Dundas and Sackville will offer a mix of townhome and condo-style living set around a lush pedestrian courtyard. Perhaps best of all, units start at a modest $209K. 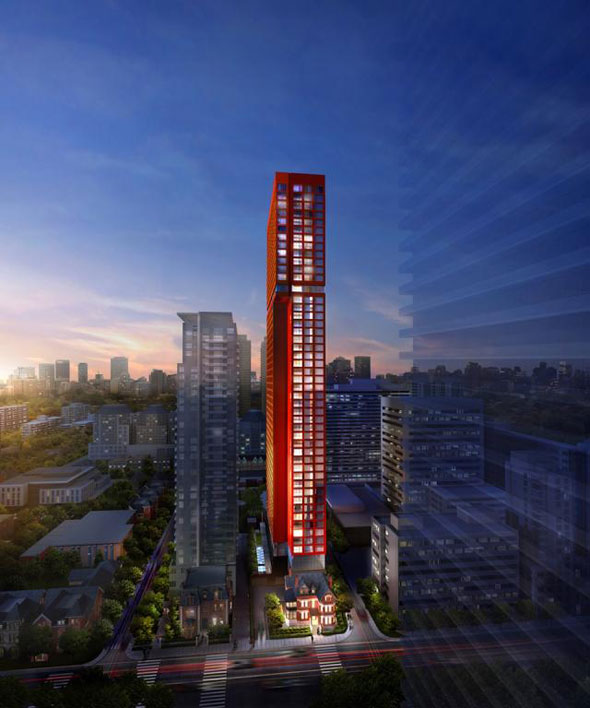 The Selby
Following in the footsteps of the James Cooper condo tower next door, the builders of The Selby will also shift a historic former Sherbourne St. mansion to make way for a high-rise tower. The result will be something of a rarity in Toronto--a desirable new rental property close to downtown (the project quietly shifted out of condo mode in December.)