What does a $500,000 property look like in Toronto these days? Is there such thing anymore? While the average house price in the city is well over $1 million, the options are limited unless you want that frightening downtown fixer-upper or one of those claustrophobic-inducing condos.

The real estate market has skyrocketed in recent years with affordability in hot neighbourhoods at an all-time stand still. Don't expect to find a hidden gem anymore in the $500K range, especially in areas like the Annex or High Park. Your best bet is to travel far east or west of the city for increased affordability in close proximity to the downtown core.

While there are plenty of reasons to love Toronto, sometimes it's tempting to pack up and move to one of those urban palaces in Hamilton, Ontario or even Detroit.

Here's what $500,000 buys you today in six Toronto neighbourhoods. Take a look.

Jane and Sheppard (top photo)
While the area can be somewhat sketchy, the houses are fifty percent cheaper than what you'd get further east on Sheppard. This three bedroom, two bathroom bungalow is 2,274 square feet with a large driveway and garage. The lot size is 29 x 102 feet, and it's on the market for $499,900. 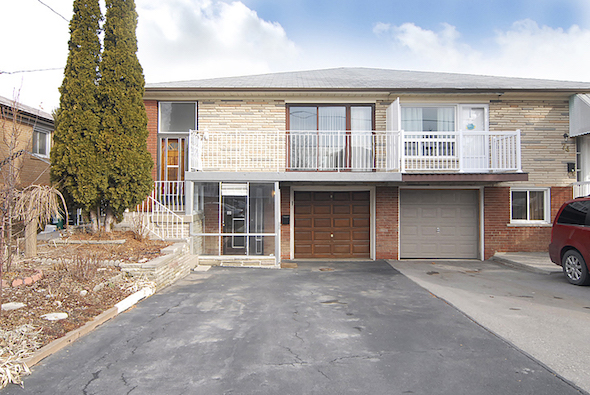 Near Keele and the York University hub, this house has three beds and baths, a driveway and large backyard. With a property size of 32 x 110 feet, the home is well-kept but could use a few upgrades. A university subway is in the works, although at this rate, you might as well just build your own secret underground tunnel. Asking $499,900. 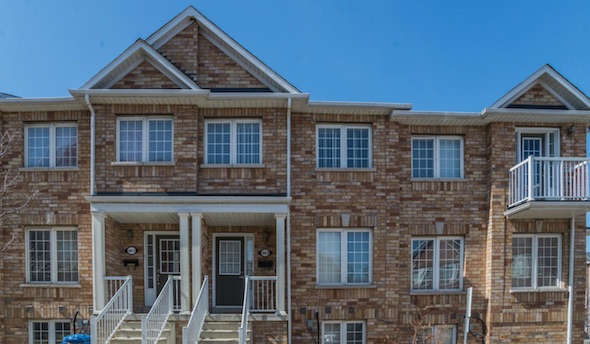 If you can get past the flashy painted rooms, this three storey townhouse seems pretty nice. Asking $499,900, the family-friendly complex features three beds and baths, underground parking and a maintenance fee of $212/month. The gentrified neighbourhood has transformed in recent years with new developments and design shops like Smash and Post + Beam Reclamation giving it a funky Queen West vibe. 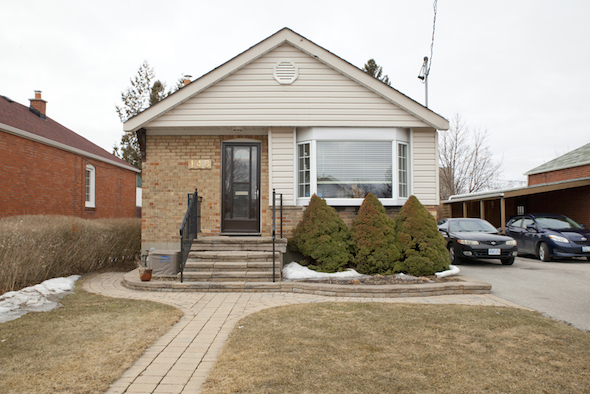 In Scarborough, you get more value for your dollar with this cute but unrenovated two bedroom bungalow. More young families are moving to Scarborough for affordability and a short(ish) commute into the city. The property size is 40 x 108 feet, and listed for $499,900. 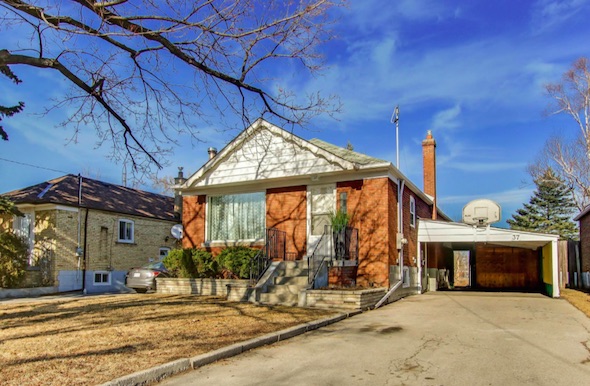 Where the heck is the Wexford-Maryvale neighbourhood? Think Scarborough, located near Lawrence East and Pharmacy. Not always the most desirable location, but the area has its charm with streets of cute bungalows and a suburban feel. This home is renovated with three bedrooms, two bathrooms and a large lot size of 43 x 145 feet. Asking $499,900. 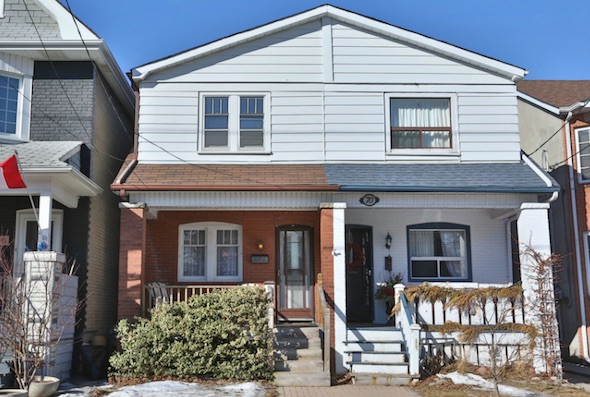 In the city's far east end, here's a three bedroom house with only one bathroom and laneway parking. The house (along with the neighbourhood) has potential, and it's in close proximity to the Danforth and all those great Greek restaurants. Currently being sold "as is/where is" for $499,900.