Demolition continues in Regent Park, with the steady teardown of the Peter Dickinson-designed 605 Whiteside Place, one of five towers the architect contributed to the community in the late 1950s. This building is the second last remaining of the high rise portion of Regent Park, an area which is being razed as the third phase in a massive redevelopment project that's already garnered international recognition.

Although this is just one in a series of these towers to be torn down, the manner in which the demolition has been carried out has revealed a unique view of the multicoloured units that once made up the 14-storey tower. With much of the facade removed from the building, one can examine the grid-like inner design of the structure, which features two-storey apartment units, something that's exceedingly rare in Toronto.

There's a curious tension on display during these last days of 605 Whiteside. On the one hand, there's an intriguing glimpse into the design principles of Canada's preeminent modernist architect. On the other, there's an intimate view of what were once people's homes, residents who lived in social housing development that was flawed in major ways. It's a sight that demands contemplation.

Have a look at the final days of 605 Whiteside Place below. 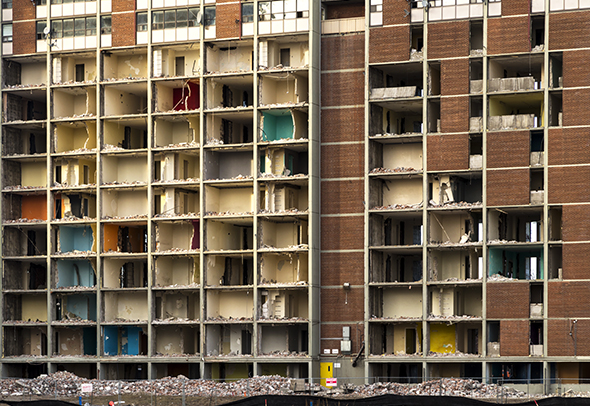 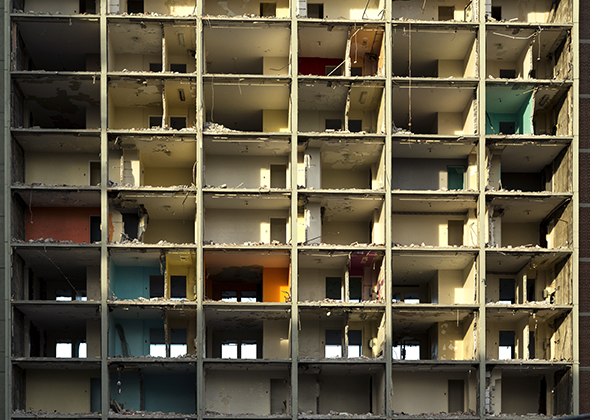 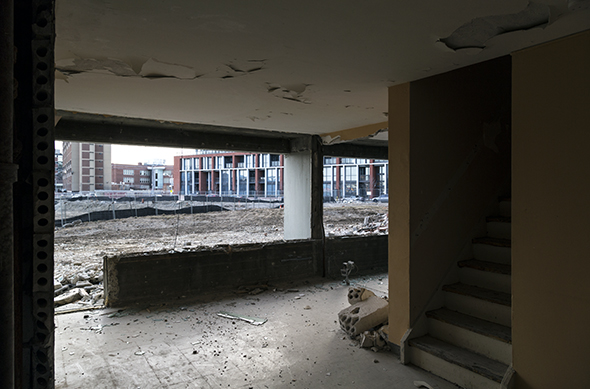 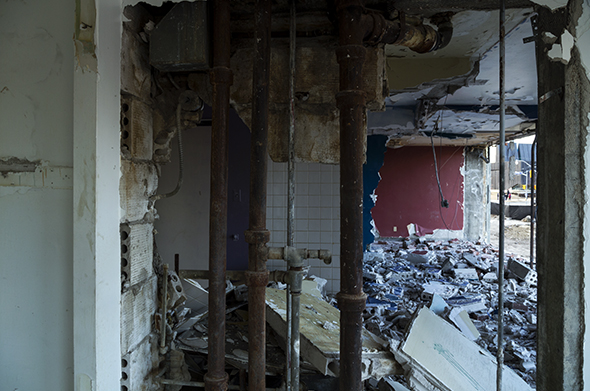 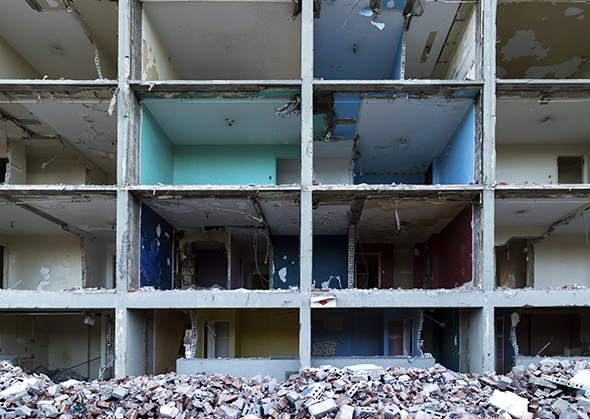 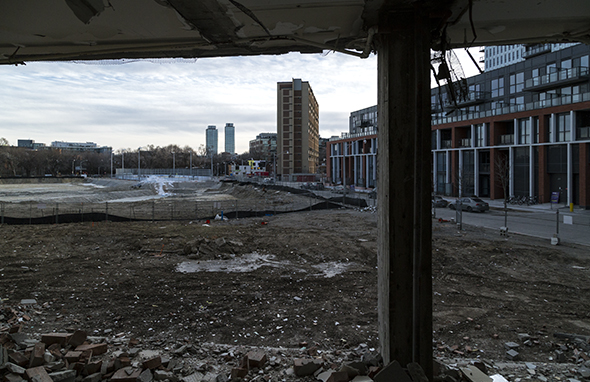 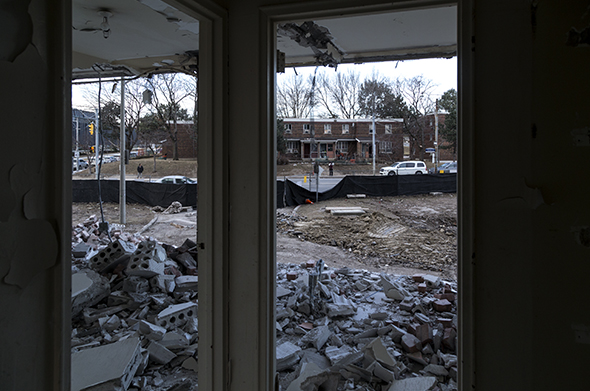 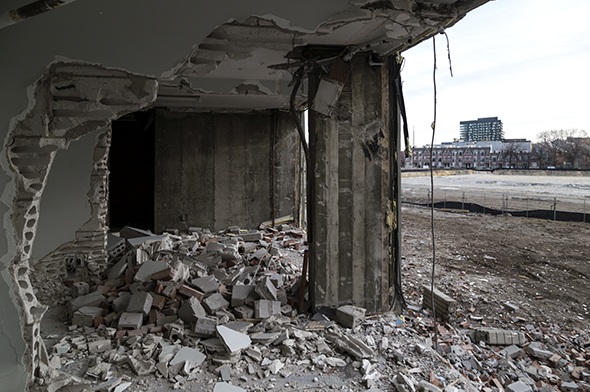