No neighbourhood in Toronto has undergone a more seismic aesthetic and ideological shift as Yorkville over the the last 50 years. What started as an independent, working class village north of Toronto became Canada's Greenwich Village, a mecca for hippies and alternative lifestyles in the 1960s. A few decades later, the bare feet and cafes had been replaced by designer clothing stores and high-end hotels.

Here are 10 quirky things you didn't know about Yorkville.

Yonge and Bloor used to be the site of a pauper's cemetery
Officially known as the Toronto General Burying Grounds, the Strangers' Burying Ground or Potter's Field (a biblical name given to a number of nondenominational cemeteries around the world) was a place where anyone could be buried, regardless of religion. Between 1826 and 1855, 6,685 people were interred in the then-rural location near Yonge and Bloor. The bodies were exhumed and relocated to the Necropolis and Mount Pleasant Cemetery in the two decades after the cemetery closed. 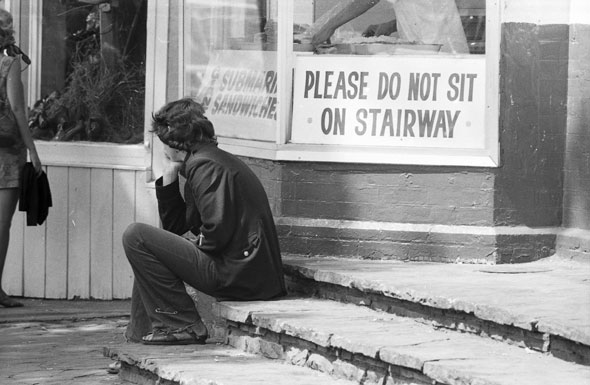 Mr. Sub was founded in Yorkville
The first store in the Canadian hoagie empire opened at 130 Yorkville Ave. in 1968 under the more formal title of Mr. Submarine. Barefoot hippies gathered outside its entrance in the late 1960s, strumming acoustic guitars. Four years after it was founded, under the guidance of former dishwasher Gus Boulis, the business opened its first franchise location in 1972. By 1977, there were 200 Mr. Submarine stores in Canada.

The Toronto International Film Festival was first held on St. Thomas St.
The glitzy film festival has migrated south over the years, but it was first held at the Windsor Arms Hotel in Yorkville as the "Festival of Festivals," In 1976, its first year, organizers Bill Marshall, Henk Van der Kolk and Dusty Cohl showed a selection the best movies from other festivals around the world to an audience of around 35,000. Dramatically growing in size and scope over the ensuing decades, the event was renamed the Toronto International Film Festival in 1994. 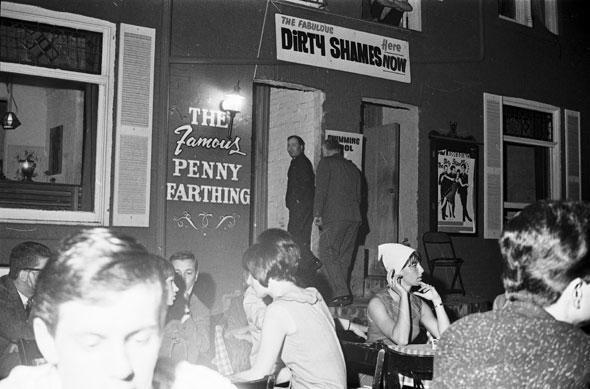 Joni Mitchell made her musical debut on Yorkville Ave.
The Penny Farthing cafe at 112 Yorkville Ave. was a weird sort of a place. Out the back of the converted home owner John McHugh installed a swimming pool and patio that in summer was serviced by waiters clad in bikinis. Inside, the cafe hosted performances by noted jazz and blues musicians, including Mitchell, but it McHugh was never much of a fan of the musical culture he helped nurture. Folk music was banned from his high-end stereo, he told Eric Veillette in the Star this year. 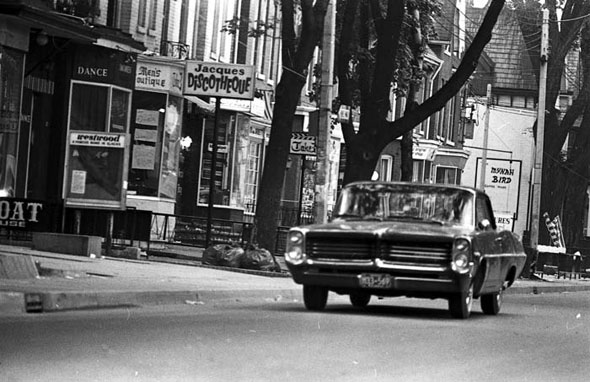 Yorkville nurtured Toronto's first cafe culture
When The Coffee Mill closed its doors this summer, it marked the end of Yorkville's once-vibrant coffee scene. In the 1960s, the neighbourhood was home to numerous European-style cafes, many of them with large outdoor patios at a time when most Canadian coffee drinkers preferred to remain inside. The Riverboat, Chez Monique, Village Corner, Mynah Bird, New Gate of Cleve, CafĂŠ El Patio, and the Flick also doubled as music venues, nurturing the early careers of beloved acts like Joni Mitchell, Neil Young, and Gordon Lightfoot. 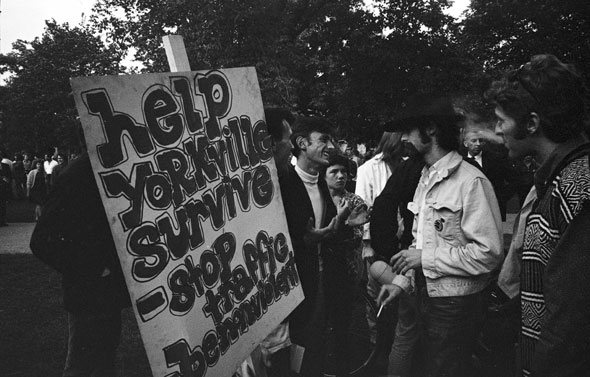 Yorkville hippies demanded the neighbourhood be pedestrianized at Queen's Park and City Hall
As Yorkville's legend grew, the neighbourhood became increasingly popular with tourists who jammed the narrow streets with cars. Locals sought to have vehicles banned, organizing to a "love in" protest at Queen's Park in 1967 and a sit-in on Yorkville Ave. that resulted in more than 60 arrests. There were other mass protests in Nathan Phillips Square, but the city refused to budge, eventually leading to a crackdown on local drug dealers and users. 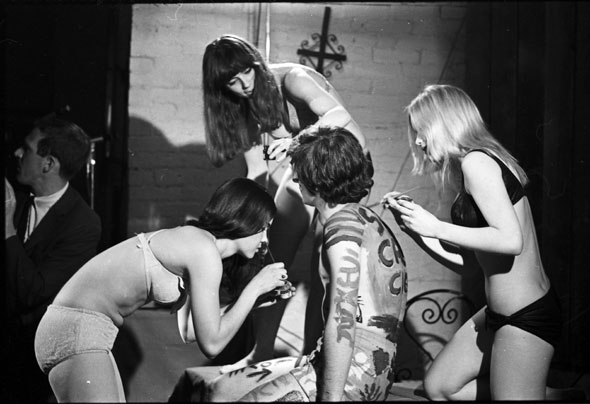 The neighbourhood was also home to the city's first drug culture
In its countercultural heyday, Yorkville was known as much for its drugs as it was its music scene. The CBC ran concerned news reports about long-haired shoeless slackers smoking marijuana, taking LSD, and generally loafing around, while the local government viewed the neighbourhood with more than just suspicion. In 1967, the police presence was dramatically increased and a 10 p.m. curfew imposed. 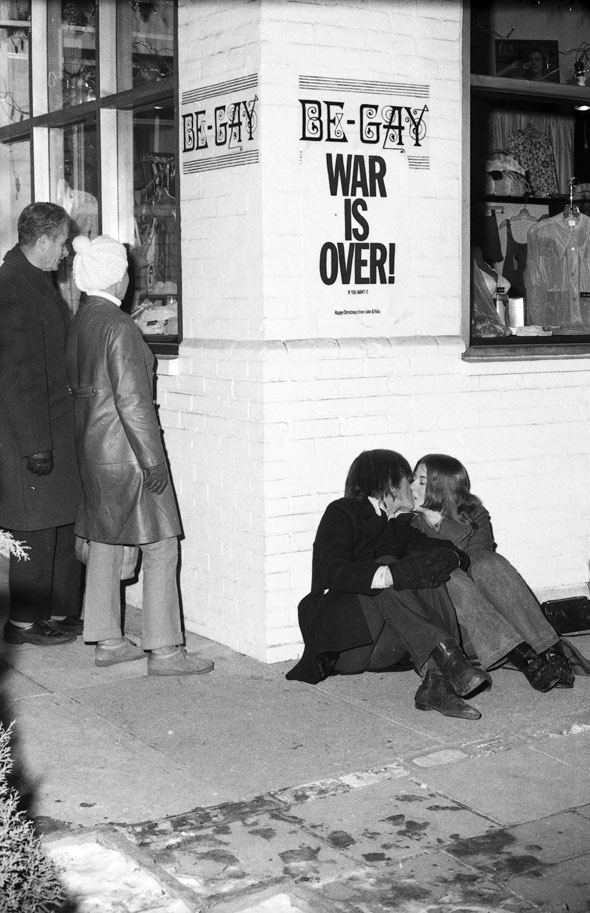 A motorcycle gang provided security for Yorkville in the hippie days
The Vagabonds, "Vags" for short (that's a hard "g,") arrived in Yorkville around 1966, bringing with them hard drugs like heroin, Jake Schabas recalls at Spacing. The gang, led by the long blonde-haired "Jesus," formed an alliance with local hippies that allowed them to continue selling drugs in exchange for providing security. The Vags had a similar agreement with the residents at Rochdale College, an alternative university near Bloor and Spadina, and were once headquartered at 127 Hazelton Ave. 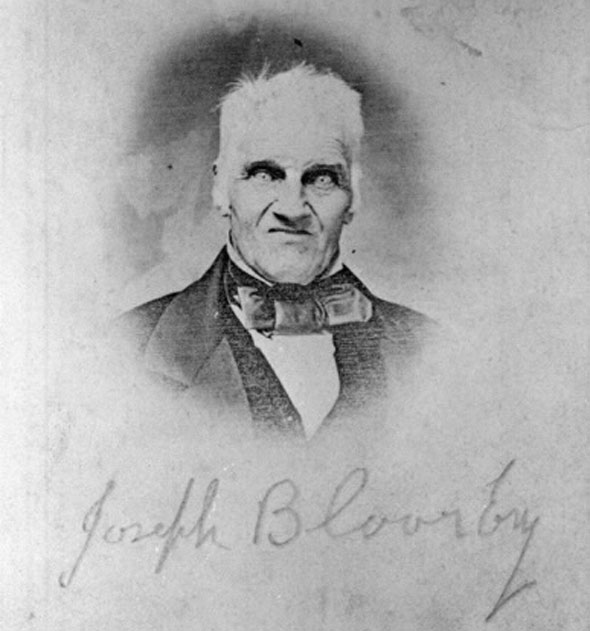 No-one is quite sure why Bloor isn't spelled Bloore
Poor Joseph Bloore. The only known photograph of the brewer who co-founded the Village of Yorkville is truly awful, and even today the name of street that bears his name is, for reasons historians have been unable to definitively explain, possibly misspelled. Local historian Stephen Otto thinks Bloor added the "e" to perhaps add a little flair to his last name, but that the correct spelling remains the one Toronto put on its street signs.

The developer of Hazelton Lanes helped end Yorkville's counterculture days
Developer Richard Wookey began buying up Yorkville property in the late 1960s, renting out space to The Vagabonds (see above) and appearing to be hospitable to the local culture. Wookey converted numerous homes into upscale boutiques and built the York Square and Hazelton Lanes shopping centres, pioneering the principles of adaptive reuse with architects Jack Diamond and Barton Myers.

Over the decades, the resulting idealogical shift helped turn Yorkville into the kind of tony neighbourhood where one can find a $28 million condo.