The Toronto financial district is constantly in flux. Office towers go up, less fortunate buildings come down. Low-rise brick gives way to high-rise glass and steel. Never was that truer than in the decade (ish) from the late 70s to the early 1990s, when Scotia Plaza and BCE Place, two major office projects, arrived side-by-side, almost simultaneously.

The Red Napoleon granite Scotia Plaza tower was subject to bitter opposition from neighbouring TD Centre before its developers eventually won approval, while BCE Place had an easier ride, but ended up foundering in a poor leasing market. Both required the demolition of numerous landmarks.

Amateur street photographer Ellis Wiley, who extensively documented Toronto buildings and streets from the 1950s to 1990s, recorded the years leading up to construction of both projects, capturing one last time buildings buildings that were doomed to face the wrecking ball.

Here's what downtown Toronto looked like through Wiley's lens in the 70s, 80s, and 90s. 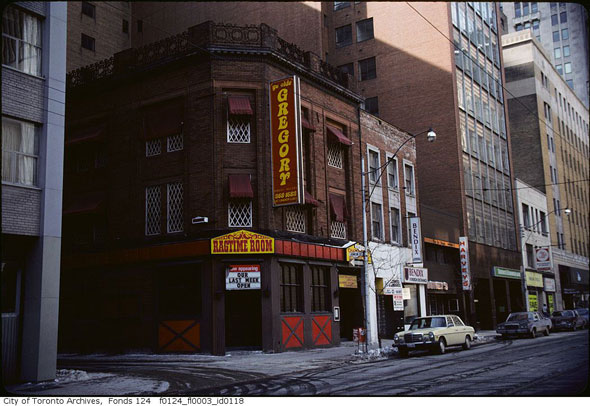 The lost intersection of Adelaide and Jordan prior to construction of Scotia Plaza. 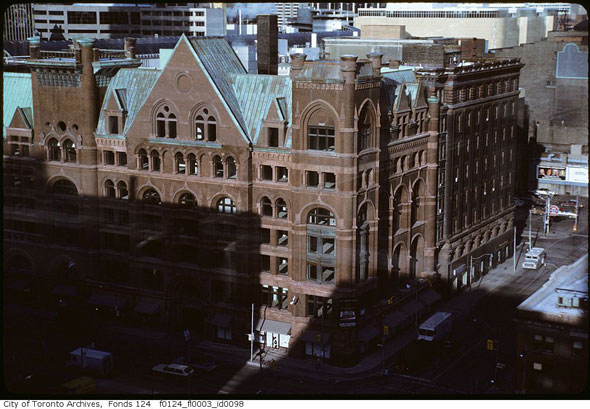 The Confederation Life Building undergoing renovations in the early 1980s. 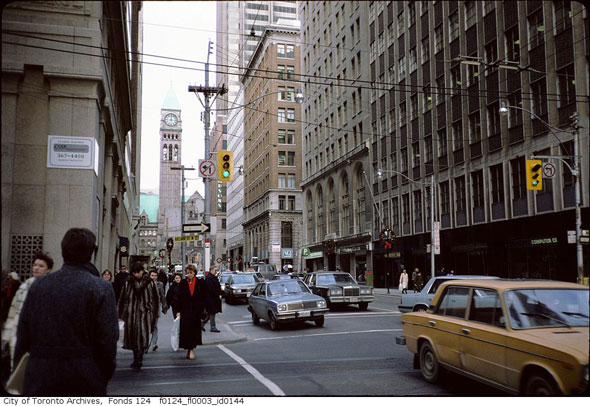 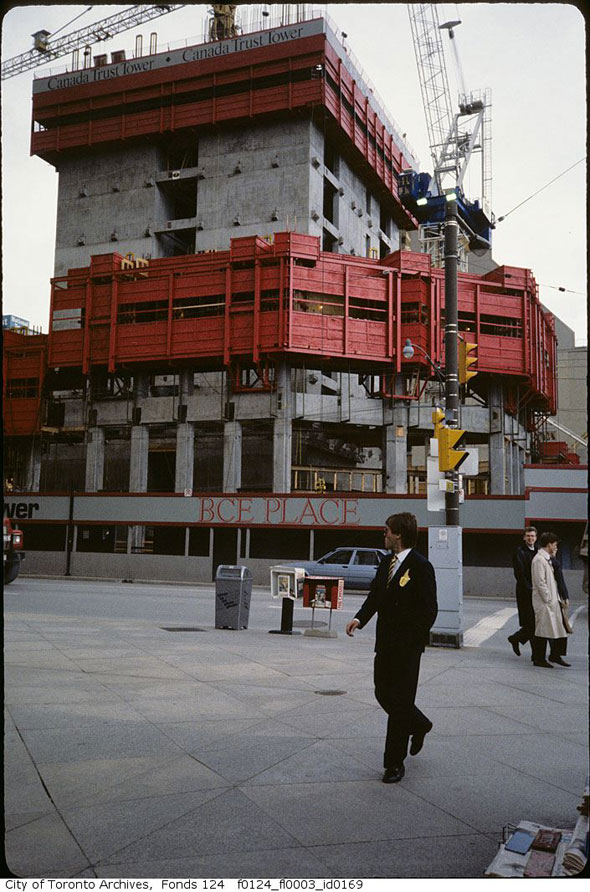 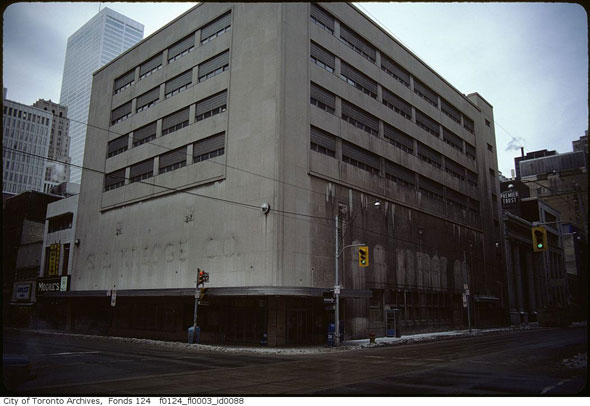 A former S. S. Kresge outlet awaiting demolition at the southwest corner of Yonge and Richmond. 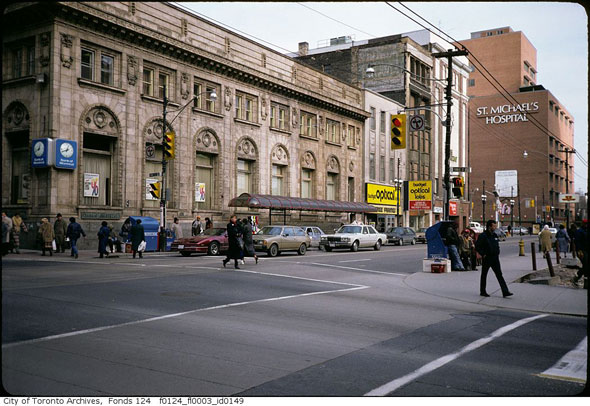 Northeast corner of Queen and Yonge before the office addition to the Bank of Montreal building. 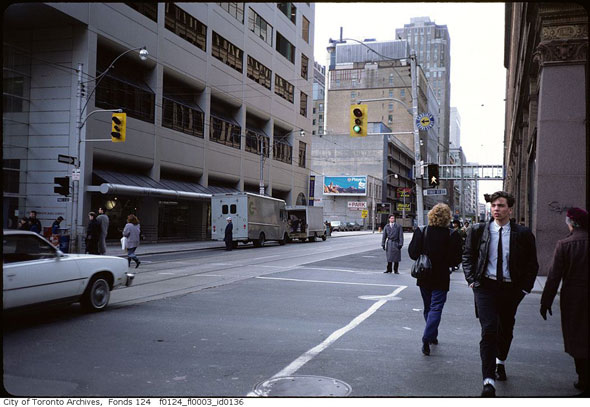 Looking west on Richmond at Yonge. 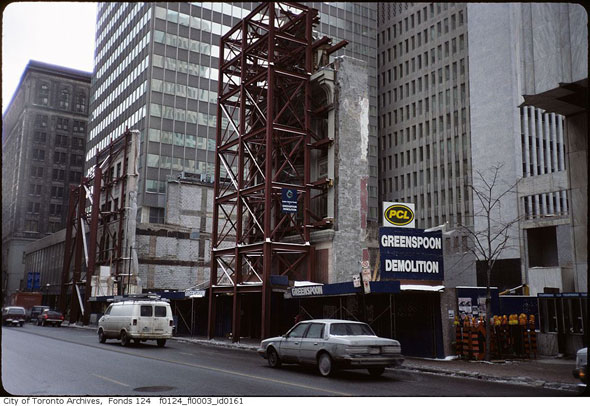 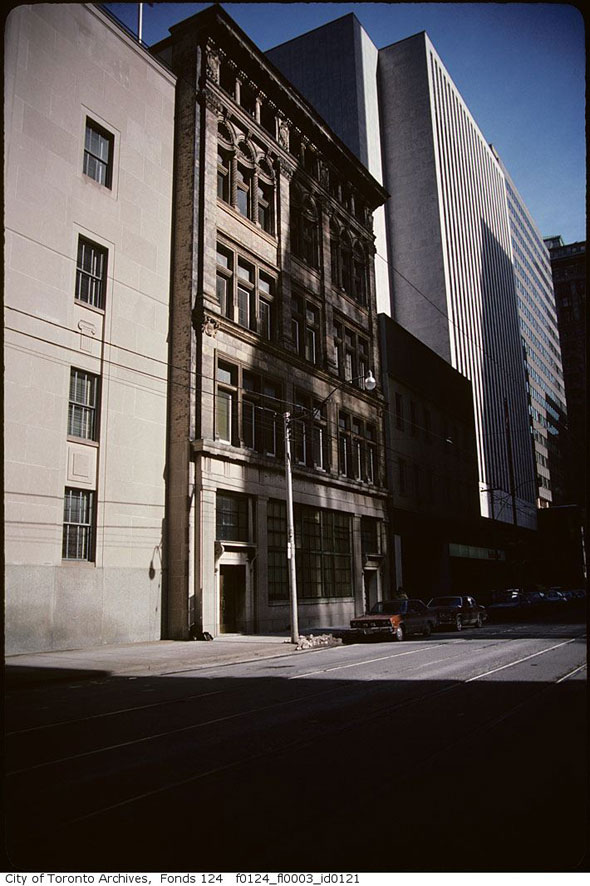 The Wood Gundy building at King and Bay before excavations for Scotia Plaza. 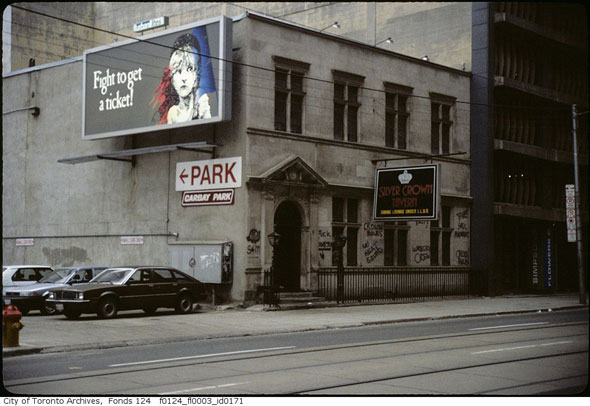 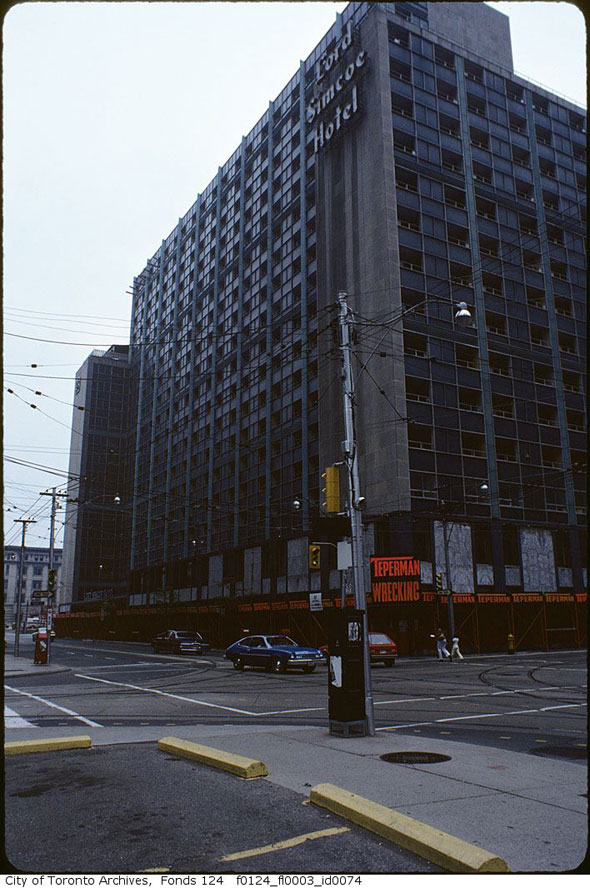 The Lord Simcoe Hotel at King and University before its demolition. 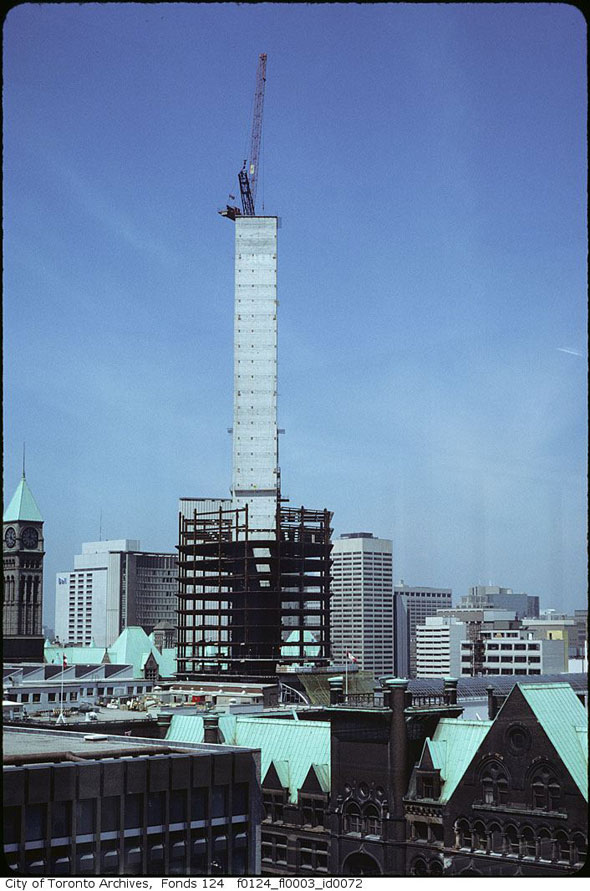 The structural core of the Eaton Centre Tower near Queen and Bay. 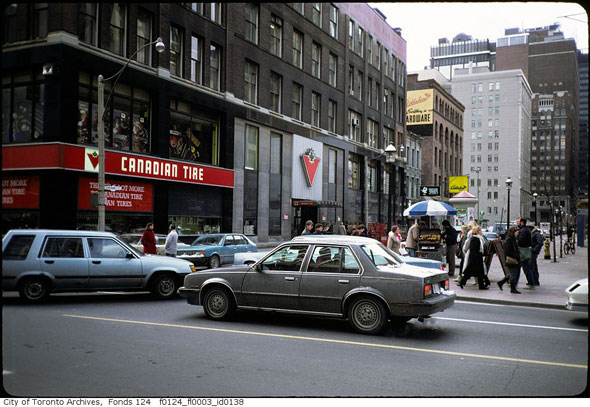 Canadian Tire on the southwest corner of Yonge and Temperance. 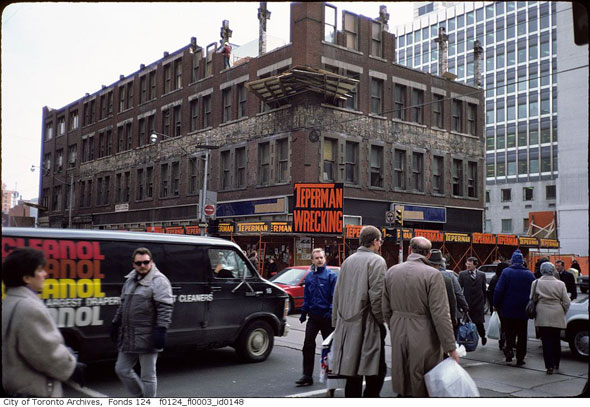 Teperman Wrecking prepares to claim another building at the northwest corner of Adelaide and Victoria (thanks to Torontonian in the comments for identifying the location.) 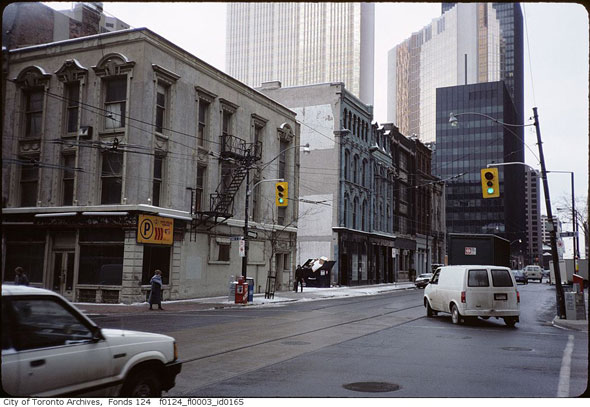 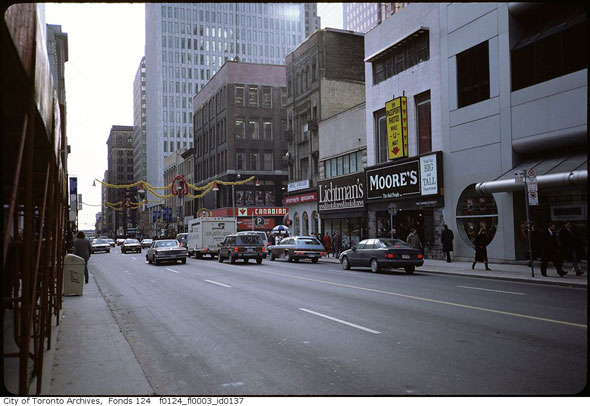 Looking south on Yonge past Temperance.

The original version of this story confused BCE Place with the original Bay-Adelaide Centre. A regrettable and egregious error, which has now been corrected.