Ford Nation down but not out in Toronto politics

The results were already in by the time public transit got me to the Rexdale banquet hall where Doug Ford had hoped - like any candidate, however they've polled - to hold his victory party. It wasn't good, but the atmosphere wasn't nearly as subdued as I expected.

John Tory had beat Ford by just over six per cent of the votes in a rare 61% voter turnout - a slimmer margin than predicted by the polls for weeks, but a loss nonetheless. His brother Rob won back his old ward in Etobicoke and showed up first at the hall, to a tumultuous reception by both the press and supporters. 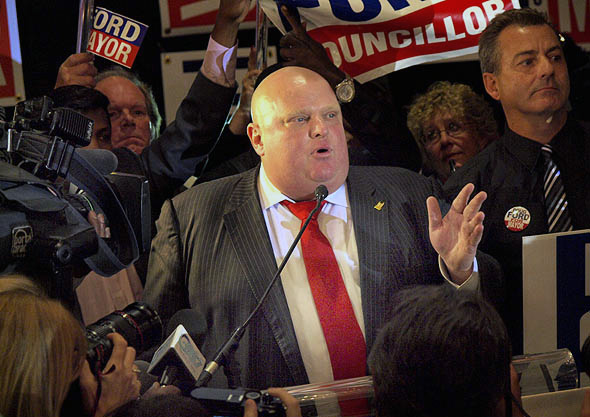 It might have been Doug's election to lose, but to the media and Ford Nation in particular, it's still Rob's story. To that end he gave them what they wanted, and promised that he'd be back to run again. The man on the podium, however, didn't look he was in shape to run for a bus; his appearances on his brother's campaign trail had obviously taken their toll on him. 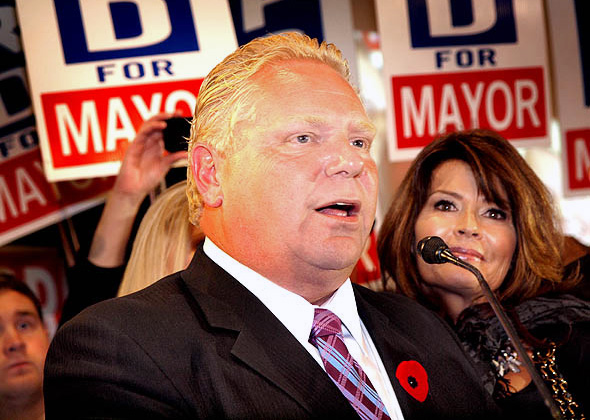 Doug arrived not long after, and gave the speech that you'd expect him to give - thanking supporters, trumpeting his brother's accomplishments in office, and graciously congratulating John Tory on his win, while promising to work hard over the next four years; at what, precisely, wasn't really explained. 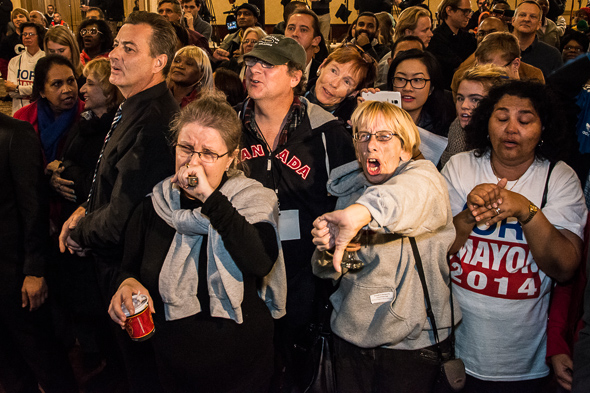 The real story in the room wasn't really the Fords but their supporters, as unruly a group as you'd expect, but far more diverse than any of the usual descriptions of them ever allow. They heckled during the speeches - chanting "Ford more years!" and "Recount!" - and actually seemed to enjoy themselves far more than one would expect at a victory celebration gone sour. 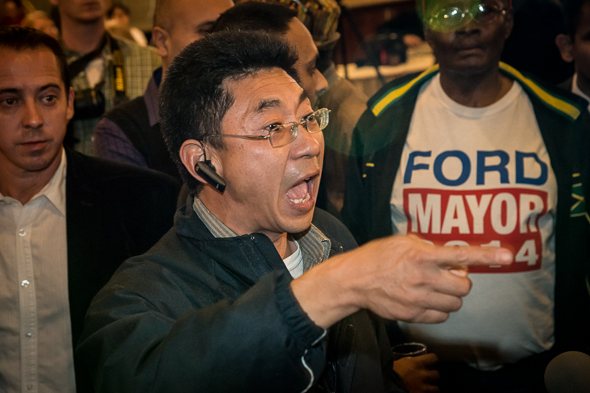 They emerged out of nowhere four years ago and proudly adopted the name that was meant as a pejorative, but in all the millions of words that have been written about Ford's mayoralty almost no one has ever made much of an effort to understand who they are. 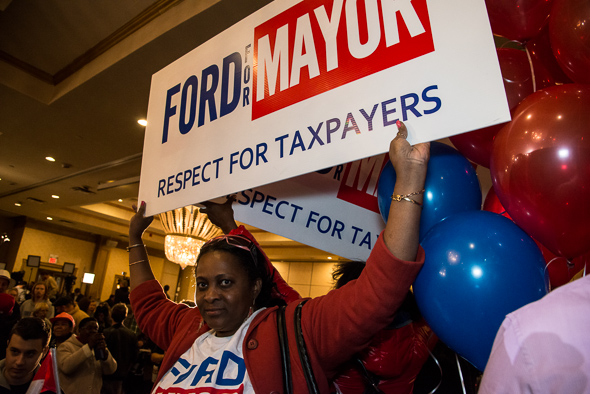 In the banquet hall near Woodbine racetrack they were Somali Muslim women who ululated during the speeches, young Asian and South Asian gangsta wannabes and earnest nerds, elegantly dressed Jamaican women and big families of white west-enders who get lazily deputized to stand in for the whole of Ford Nation. Then there was the guy with the tattoos covering his face, who represents a demographic he gets all to himself. 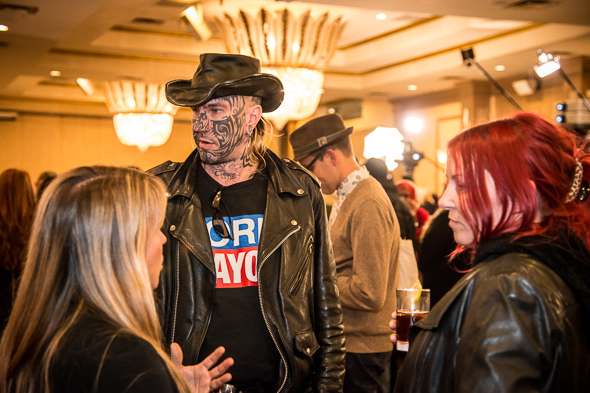 Whatever the Fords do next, these people will still be there, still frustrated and looking for a candidate who expresses their frustrations. The National Post celebrated Tory's win this morning by imagining that Torontonians were tired after the last four years and wanted a candidate who made it "safe to return to the couch." 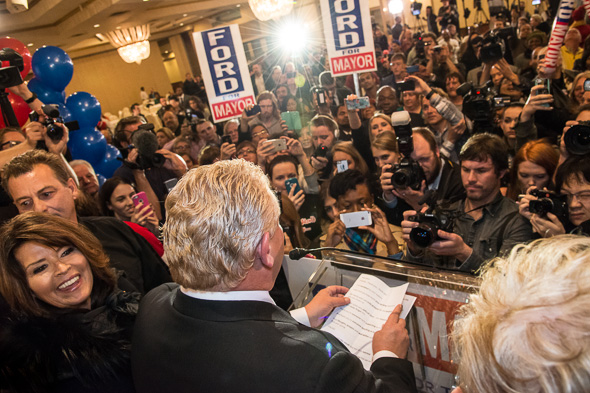 I'm not so sure. Whether jamming City Hall to protest Rob and Doug's speculation about cutting services like libraries (a cut that never happened, unlike those that did under David Miller) or showing their support at Ford Fest barbeques, the level of civic engagement across the civic spectrum spiked in Crazy Town, as did voter turnout this election. I'm not sure that returning to the couch is either wanted, or needed.