For the first time in 35 years, a new generation of streetcar is on the road in Toronto. Following years of design and construction and months of conspicuous road testing, two of the 204 new cars entered service on the 510 Spadina route this morning.

Several hundred people turned out for the occasion, some of whom had been waiting more than three hours. "I was here at 7:00, I came out to be the first one," said Adam Weston, who was third in the line-up of about 100 people. "It's fun. I call myself Mr. First. I do a lot of things first."

Metallica's Enter Sandman thumped over the loudspeaker as the first streetcar, number 4403, broke through a banner strung across the track at Spadina station. The song "seemed right," said TTC spokesman Brad Ross. 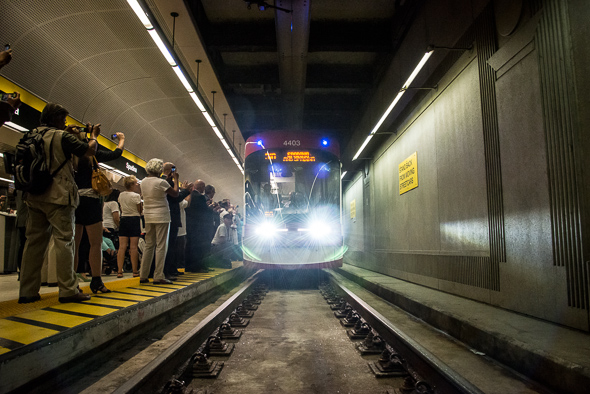 The first passengers were mostly reporters and TTC officials. Many of the people who had waited in line specifically to ride the new streetcar were forced to take the second vehicle, such was the size of the crowd.

"It feels awesome," said Mazin Aribi, the co-vice chair of the TTC's Advisory Committee on Accessible Transit, who uses a wheelchair and was one of the first people to board the new streetcar.

"It will make a huge difference. Downtown is run by streetcars that are not accessible and finally today, for the first time in many, many years, it is wheelchair accessible, so finally I can use it. It's opening a lot of doors for us. We can go anywhere we want. It's a great day." 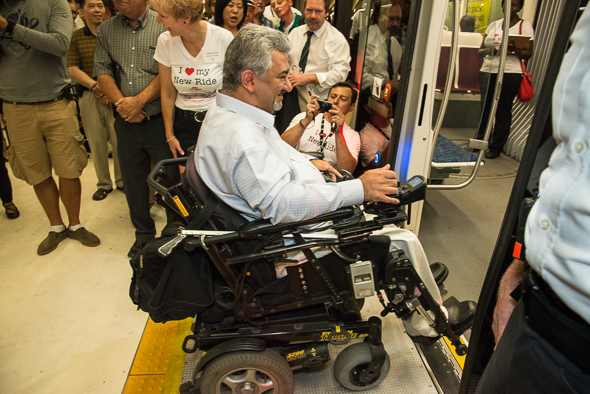 The low-floor, air-conditioned vehicles have room for up to 251 people, 50 more than the TTC's current articulated ALRV streetcars, and 119 more than CRLV model used on most other lines. Blue buttons on the doors summon a retractable ramp and there are two bicycle docks on board each vehicle for use outside rush hour. Best of all, the new streetcars are heated and air conditioned.

Apart from the plush new surroundings, riders will notice another key difference on Spadina--fare vending machines. The red boxes located on the streetcars and at each platform accept cash or tokens and issue paper transfers. Drivers are no longer responsible for accepting payments and newly hired fare enforcement officers are patrolling the line. 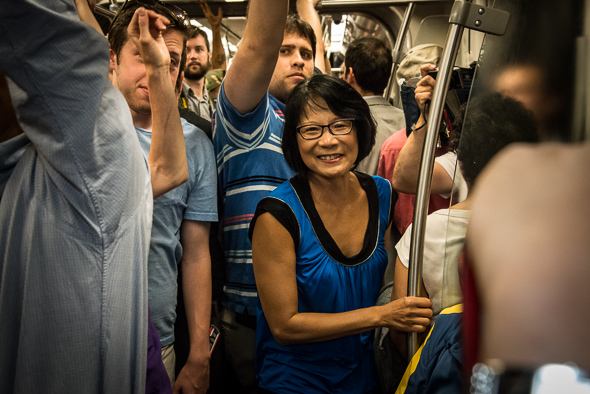 Dignitaries on hand for the launch included Finance Minister Joe Oliver, Ontario transportation minister Steven Del Duca, and mayoral hopeful Olivia Chow. "I live at Spadina and College, so I take the streetcar all the time," said Chow, the only one of the leading candidates to attend (Rob Ford was a no show, of course.) "My mum is on a wheelchair half the time so the fact this is low floor is really going to help."

The TTC plans to keep adding new streetcars to Spadina until the end of the year, though an ongoing strike at Bombardier's Thunder Bay production plant could put the schedule in jeopardy. 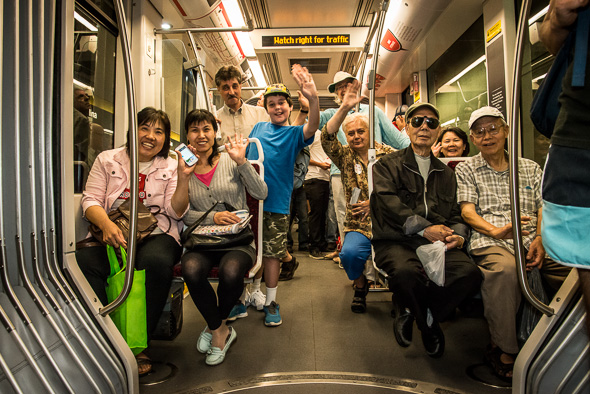 The current streetcars entered service between 1979 and 1989. The TTC hasn't said when it will begin scrapping its CLRVs and ALRVs--both will remain in service beside the new streetcars, for now. 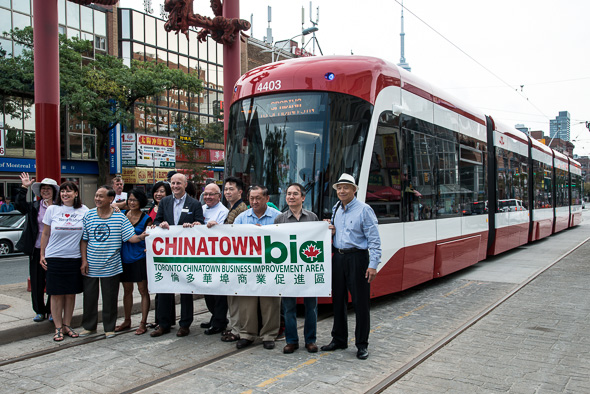 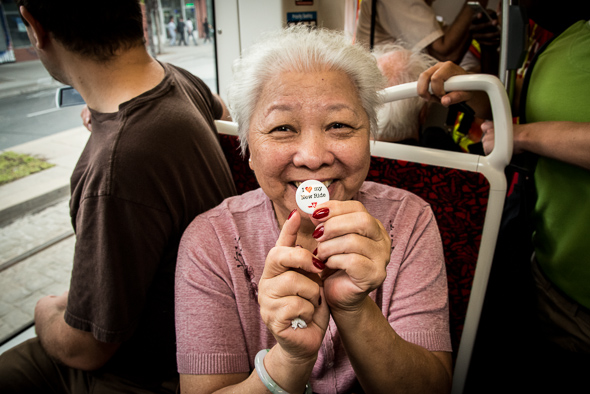 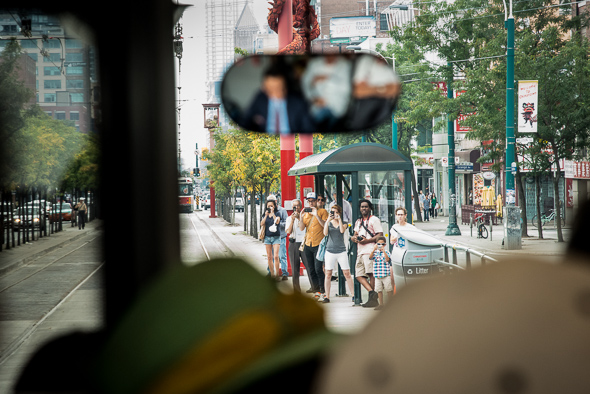 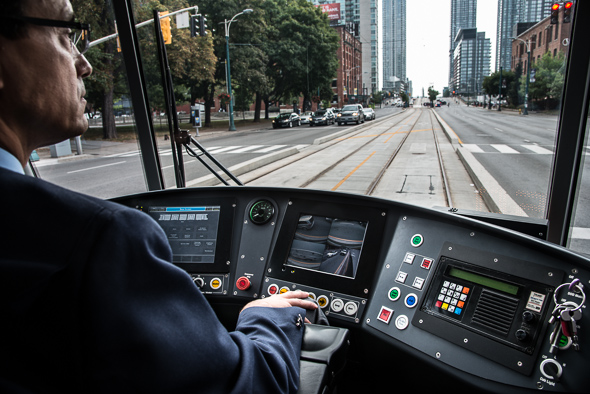 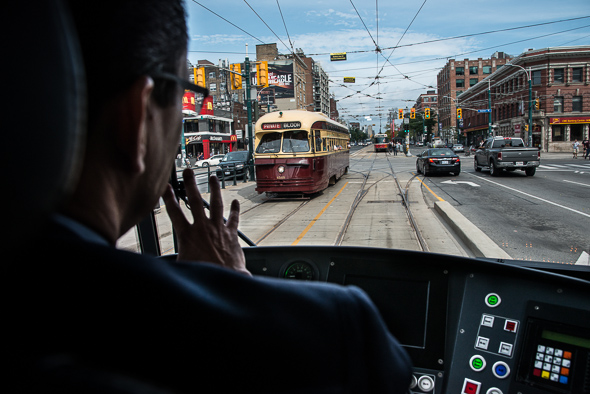 Some major downtown Toronto streets are closing down this weekend