Rob Ford's bid for re-election is officially in high gear. Before a raucous crowd of some 1,000 Ford Nation patriots, the mayor, surrounded by people in baggy white "Ford More Years" t-shirts, pledged to keep working for the taxpayers and battling the gravy train. He said be believed in "the spirit of second chances."

The massive event was like a physical manifestation of the inside of Rob Ford's brain. There was a big red firetruck covered in signs, one of which said the mayor had "saved the taxpayers a billion dollars" (Doug said Rob paid $4,000 for the vehicle at auction,) and vocal fans screaming messages of support. "We love you, Robbie," "Ford more years," "fight the power." 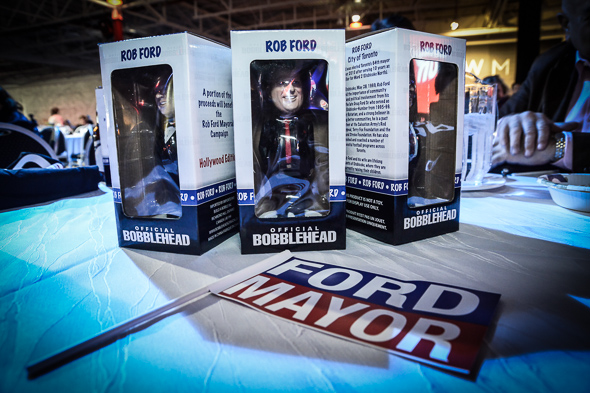 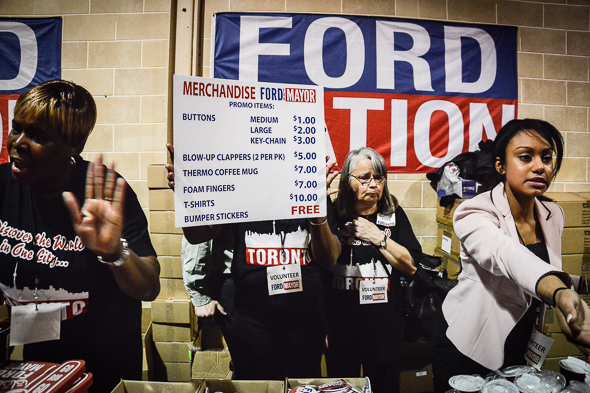 People of all ages sat at tables or crowded around the stage in the main hall of the Toronto Congress Centre on Dixon Road, a five-minute drive from 15 Windsor Road, the house at the centre of the crack video scandal. Though it was undoubtedly the biggest launch in terms of attendance so far, the sheer size of the room made the crowd seem patchy.

During his speech, Ford said he would continue to battle against "elitists, the special interests, and those who want to spend our hard-earned money." He promised to scale back the cost of government and cut red tape. "Together we have derailed the gravy train ... together we have saved the taxpayers a billion dollars." 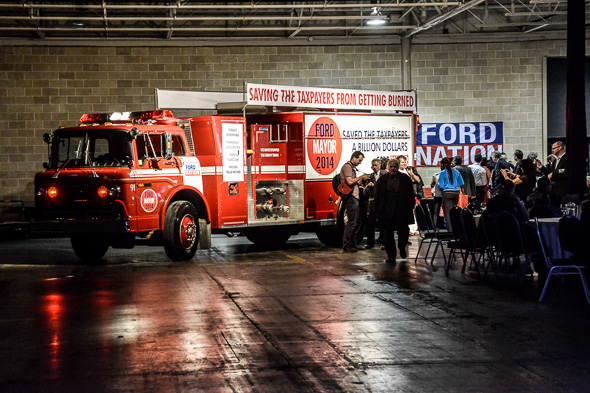 "I promise you, I promise you, Rob Ford will have your back for the next four years," he said, as We're Not Going to Take It by Twisted Sister began to play over the PA. Unfortunately, a net of red, white, and blue balloons hanging from the ceiling failed to deploy at the climax of the speech. Ford was piped off the stage and spent the next hour signing autographs and posing for photographs. 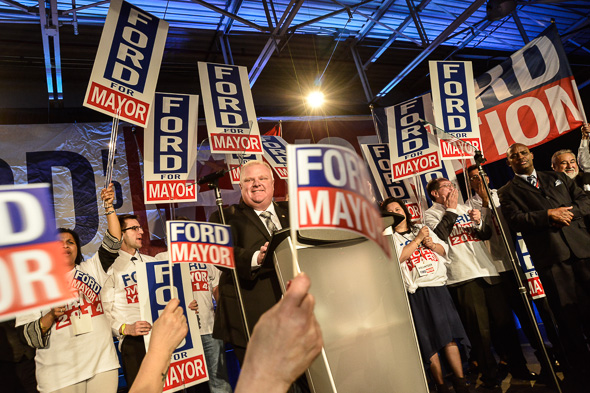 Standing in the hallway as the event was winding down, a woman recognized me as a reporter and nervously asked how many people had been at Olivia Chow and John Tory's launches. She said it was good to know last night's event was the biggest so far, and that she wanted a mayor who would keep her taxes low. 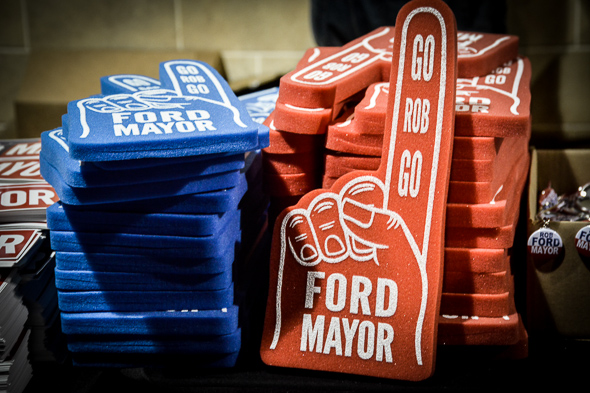 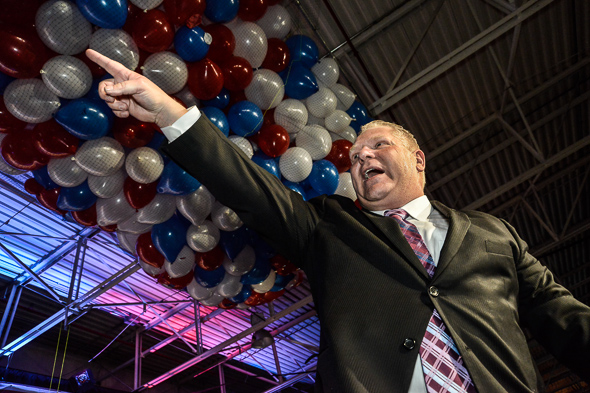 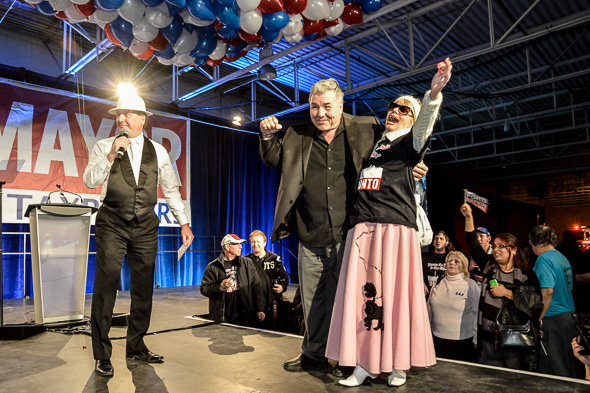 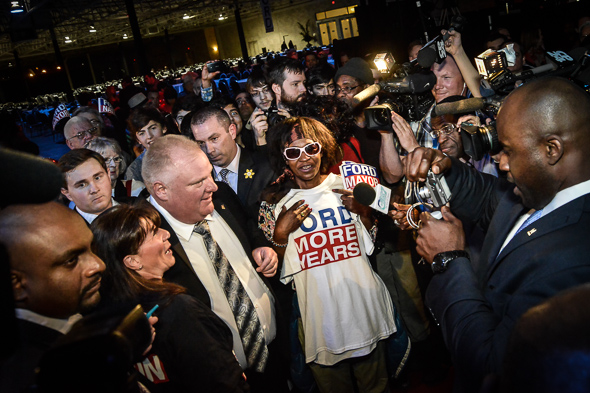 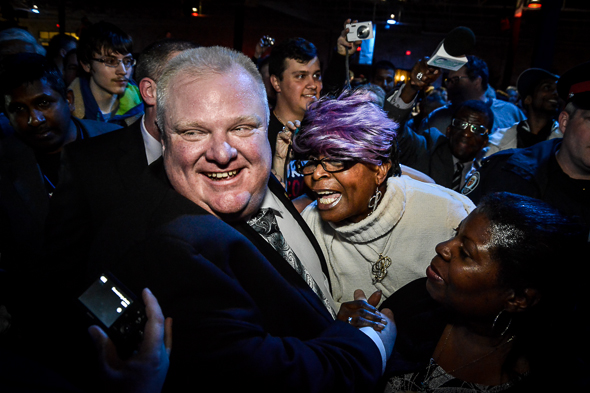