The Eaton Centre gets a small dose of anarchy

In the midst of a stressful, bustling Eaton Centre yesterday, 10 peaceful souls sat down in a circle in a quest to find a little peace and meaning amidst the chaos. 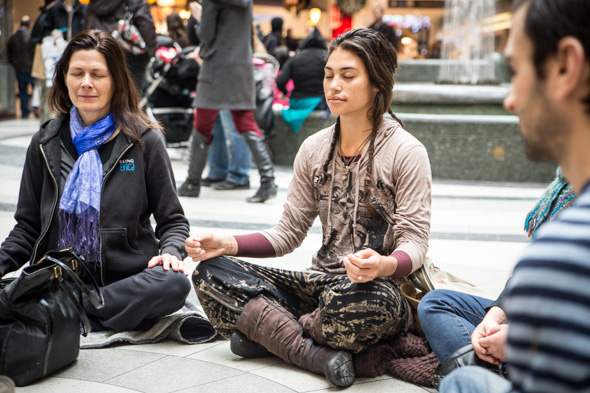 They were meditating, in a demonstration that was part of the Toronto Anarchist Fair this past weekend. The meditation circle, which met beside the water fountain on the first floor, was labeled a flash mob online. But there was nothing mob-like about it. Their faces were content, unlined by stress. And though the group was small, it managed to cultivate a silence amongst the frantic shoppers, crying children, and rampant consumerism. They created a bubble of silence around themselves, while shoppers looked on from the upper levels. The group succeeded in carving out a quiet space in the middle of holiday madness. 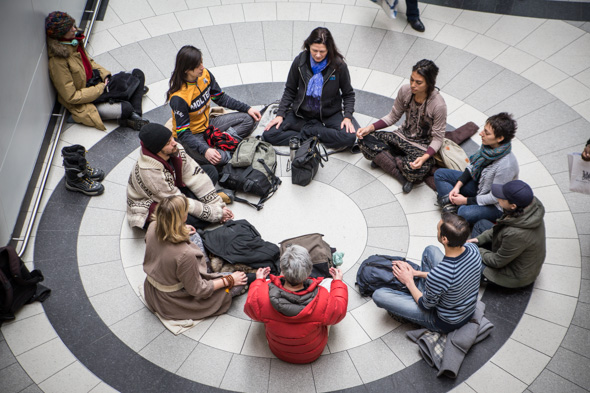 "Tis the season for buying things we don't really need in the hopes to find happiness," the Facebook event page reads. "Let's bring stillness to the high church of consumerism, the Eaton center, [sic] and make this an annual tradition!" 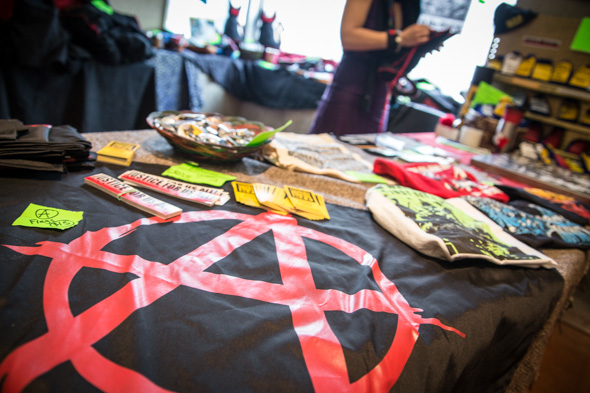 Whether you're a minimalist or anarchist or not, there's some real wisdom in that mission statement, spelling errors and all. We would all do well to focus a little less on stressy errands and trying to prove our love through the material, and a little more on truly loving and appreciating one another. (End rant). 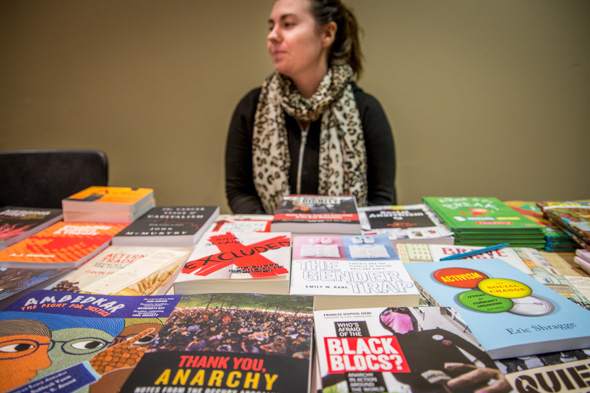 The fair included a number of other events across town as well, from a Really Really Free Market at Ryerson to a panel on sobriety and accessibility, and an anarchist book fair at Ryerson. 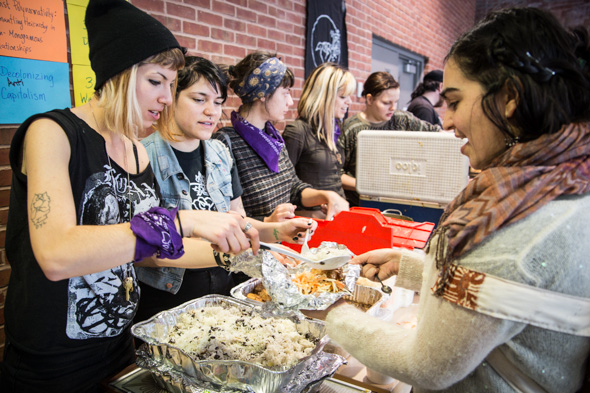 The group says it has been a long time since anarchists have "assembled in Toronto to share our stories and ideas," and that now is the time to change that. While many may have negative connotations of anarchy, the fair's event page describes it this way:

"We feel it is vitally important that anarchist gatherings take place, while also being reimagined and reflecting a vibrant multitude of anarchisms. We hope to keep expanding the horizons of anarchism in this city beyond this fair and beyond this year. 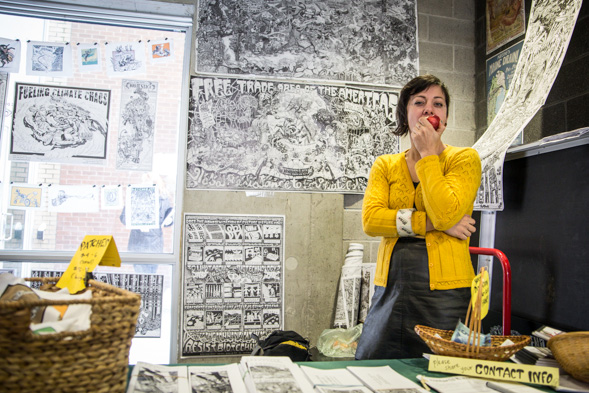 "For a more Anarchic Toronto and a freer, more joyful, and just world!" 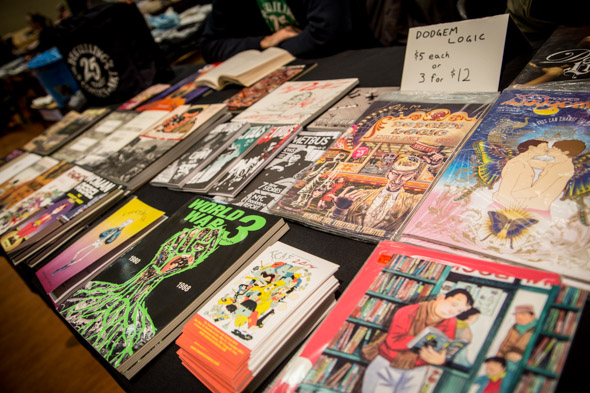