The history of the first escalator in Toronto

It's hard for anyone born this side of the 1950s to look upon an escalator with wonder, such is the ubiquity of the electric moving staircase.

In Toronto, the TTC maintains more than 300 individual escalators, the largest collection in Canada. Practically every subway stairwell is fitted with an effort-free alternative to the stairs.

The first escalator in Toronto (and Canada), a wooden "traveling stair," was installed at the T. Eaton Co. store on Queen Street West 106 years ago. It was the first time shoppers could be automatically ferried between floors without having to ride an elevator.

The first working invention recognizable as an escalator was a novelty attraction at New York City's Coney Island.

Designed and built by inventor Jesse Reno in 1891, riders straddled a moving belt and were pulled excitedly up the middle of a wooden flight of stairs. 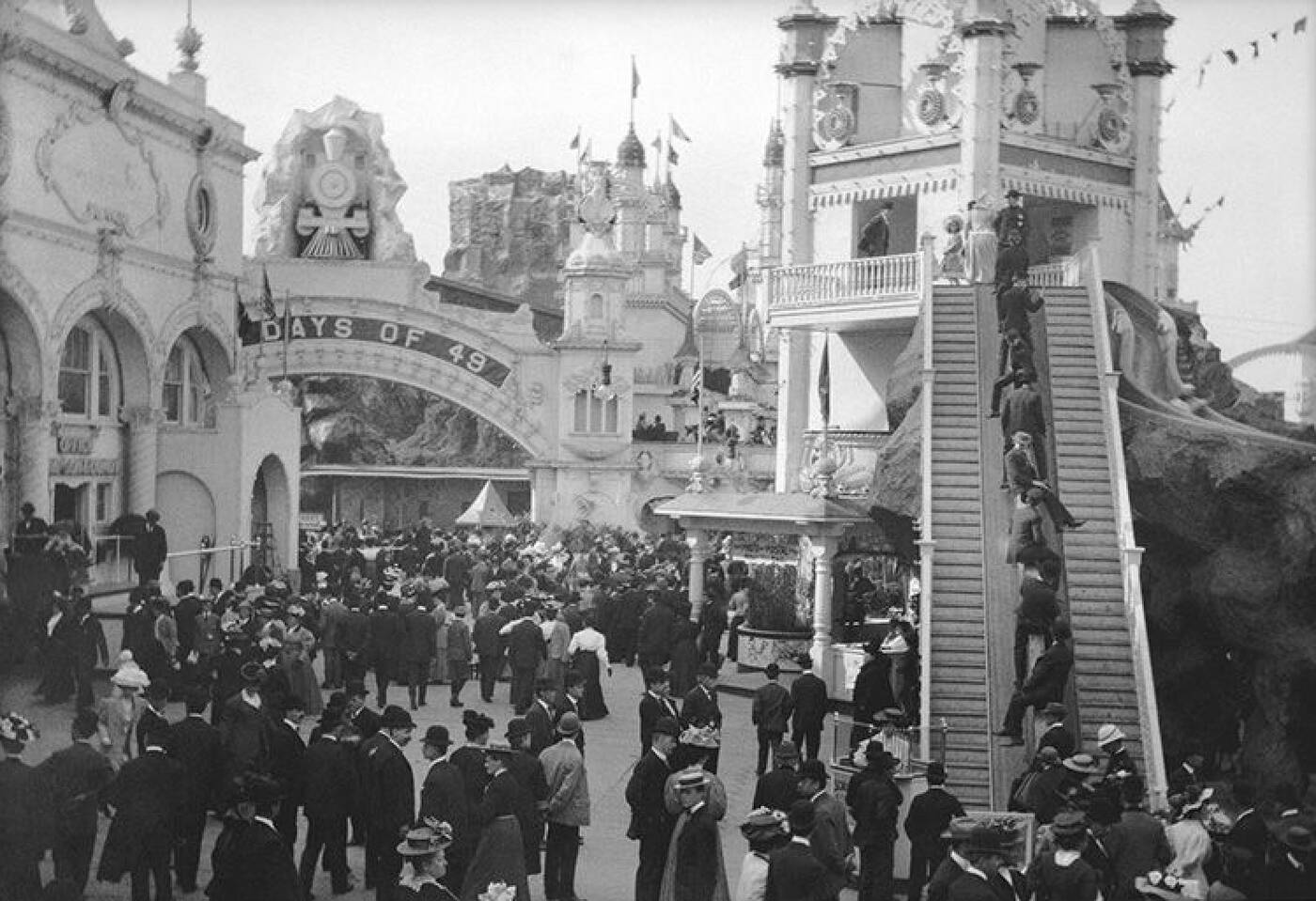 The Coney Island escalator as seen in 1909.

The machine didn't have any hand rails so there was a definite element of risk riding the machine, which moved a little under 1.5 km/h.

According to information cited by the Guinness Book of Records, the Reno escalator was to be ridden like a bicycle by men and side-saddle by women, though it seems riders just chose the position they felt most comfortable with.

Reno patented his machine, but the kudos for inventing the first moving stairway belongs to an elusive figure named Nathan Ames.

In 1859, the Michigan resident patented a set of stairs secured to a moving belt that he imagined would move in a triangular loop.

Ames never built his invention - the engine necessary to power the belt had yet to be invented - and he disappeared from records shortly after filing his application with the patent office.

Reno, however, managed to turn his novelty attraction into a viable product, and sold it to the Otis Elevator Company in 1899. Another escalator pioneer, George H. Wheeler, did the same thing and allowed Otis employee Charles D. Seeberger to buy the U.S. patent to his device.

The company's first Escalator - a brand name Seeberger invented by combining the Latin word "scala," meaning "steps," and "elevator" - was set up at its Yonkers works in New York in 1898.

In 1900, the device won first prize at the Paris Exposition Universelle. The opulent fair also gave more than 50 million people a first look at the Eiffel Tower, one of the great engineering marvels of the age, and movies with sound.

A newspaper announmcent for the escalator in Toronto.

Four years later, the T. Eaton Co. bought Canada's first escalator, installing it directly opposite the main Yonge Street entrance of its sprawling store in advance of the Christmas crowds.

"No waits for the elevator now; a customer simply steps on the 'escalator,' as it is called, and up he goes," wrote the Toronto Daily Star on its December unveiling.

The night before the big reveal, around 500 Eaton's staff spent hours riding the two parallel lanes of the escalator to the second floor and back.

The narrow wooden structure rose 5 metres at an angle of 25 degrees and moved about 1.8 km/h, roughly the same speed most standard escalators travel today.

Power was provided by a seven horsepower electric motor and Otis claimed it could carry around 7,000 people per hour when operating at capacity. "There is no probability of being hurt, for a rail runs alongside the sliding stair," The Star assured nervous first-time passengers.

Though it was undoubtedly a novelty, the unveiling appeared to attract little attention in Toronto.

The Star's writeup is buried on page 9 of its December 13 edition halfway down a column titled "Of Interest to Women," just beside an advertisement for "Dainty Hats for Dainty Women" at McKendry's clothes store. 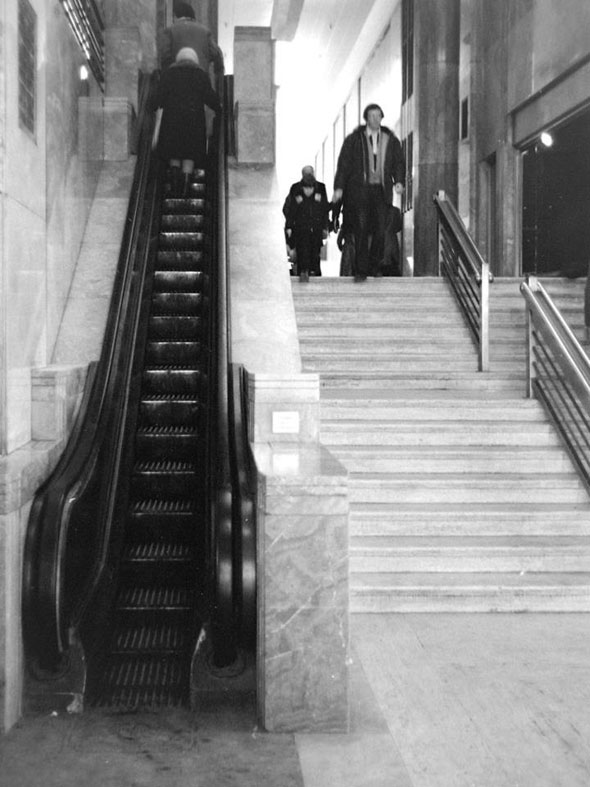 Over the next two decades, Otis, having absorbed its only competitor, installed around 350 escalators in department stores and subway stations across North America.

Eaton's added several more moving stairways to its flagship store, including one between the second and third floors directly above the first, one at the Albert Street entrance, and another at its secondary Yonge Street entrance in 1915.

It's not clear what happened to Toronto's first escalators but there are some reports they remained at Eaton's downtown location until it was demolished to make way for the Eaton Centre in the 1970s.

A narrow wooden model lingered at the company's College Street store until the building was repurposed into College Park.

Today, the escalators at the Scotiabank Theatre on Richmond and York Mills subway station are rivalled for the longest in the city.