The ferry to Toronto Island connects the waterfront with all the fun rides and beaches the summertime oasis has to offer. But there's more than just one ferry.

In fact, the island ferries are a trio of routes which transport city dwellers to and from Centre Island, Ward's Island and Hanlan's point like clockwork.

Operated by the city from the Jack Layton Ferry Terminal at the foot of Bay Street, hundreds of thousands of Torontonians flock to this sail-off point each year.

For many who rarely ever get to embark on a boat ride, taking the ferry is as much a part of the adventure as seeing the islands. 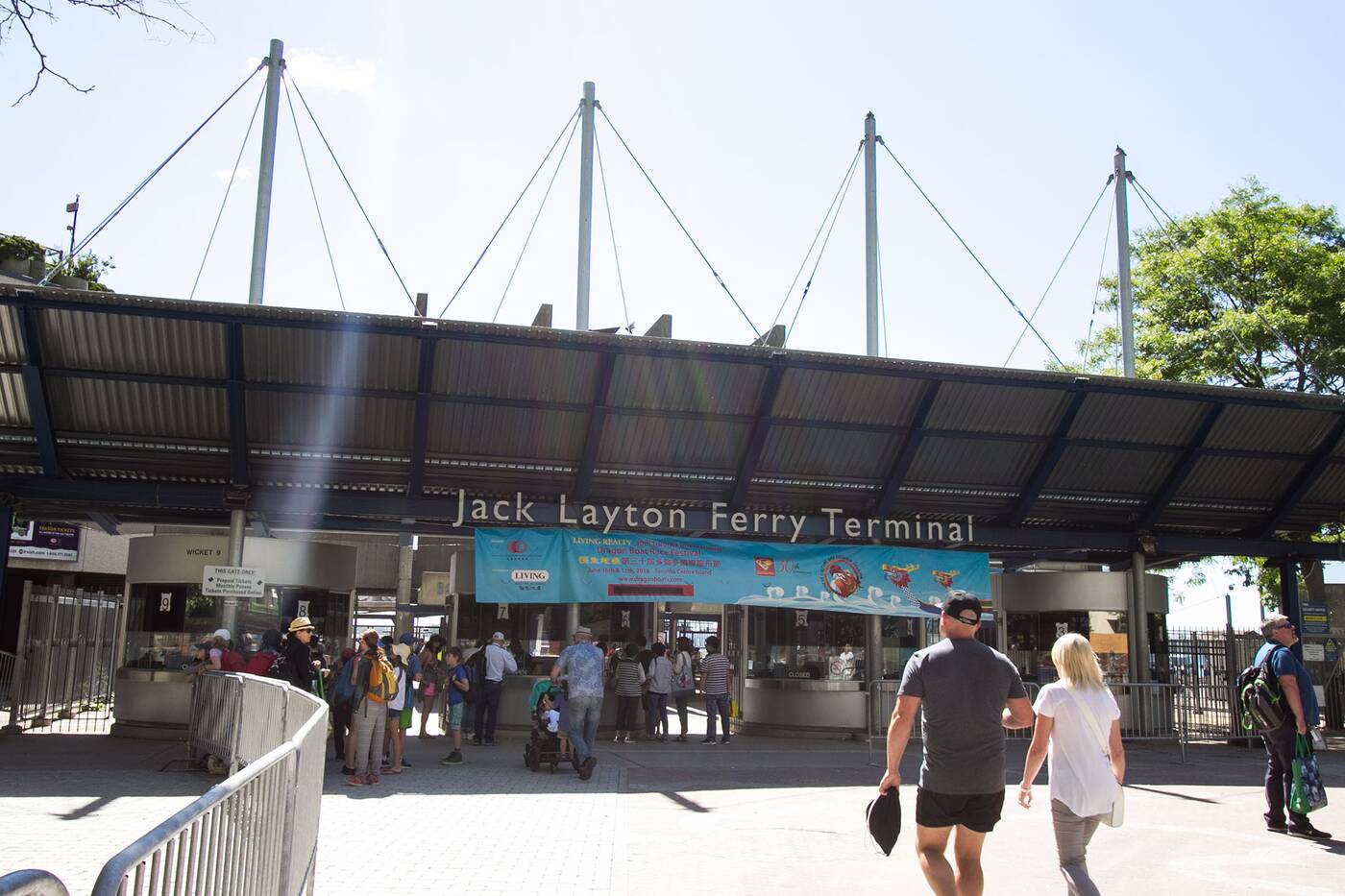 The Toronto Island Ferry Docks were named the Jack Layton Ferry Terminal in 2013.

If you're taking the subway to Union station, the best way to get there is to hop on either the 510 Spadina streetcar or 509 Harbourfront streetcar to the Queens Quay stop. Just a one minute walk south of the station exit, you'll see the tree-lined entrance to the terminal. 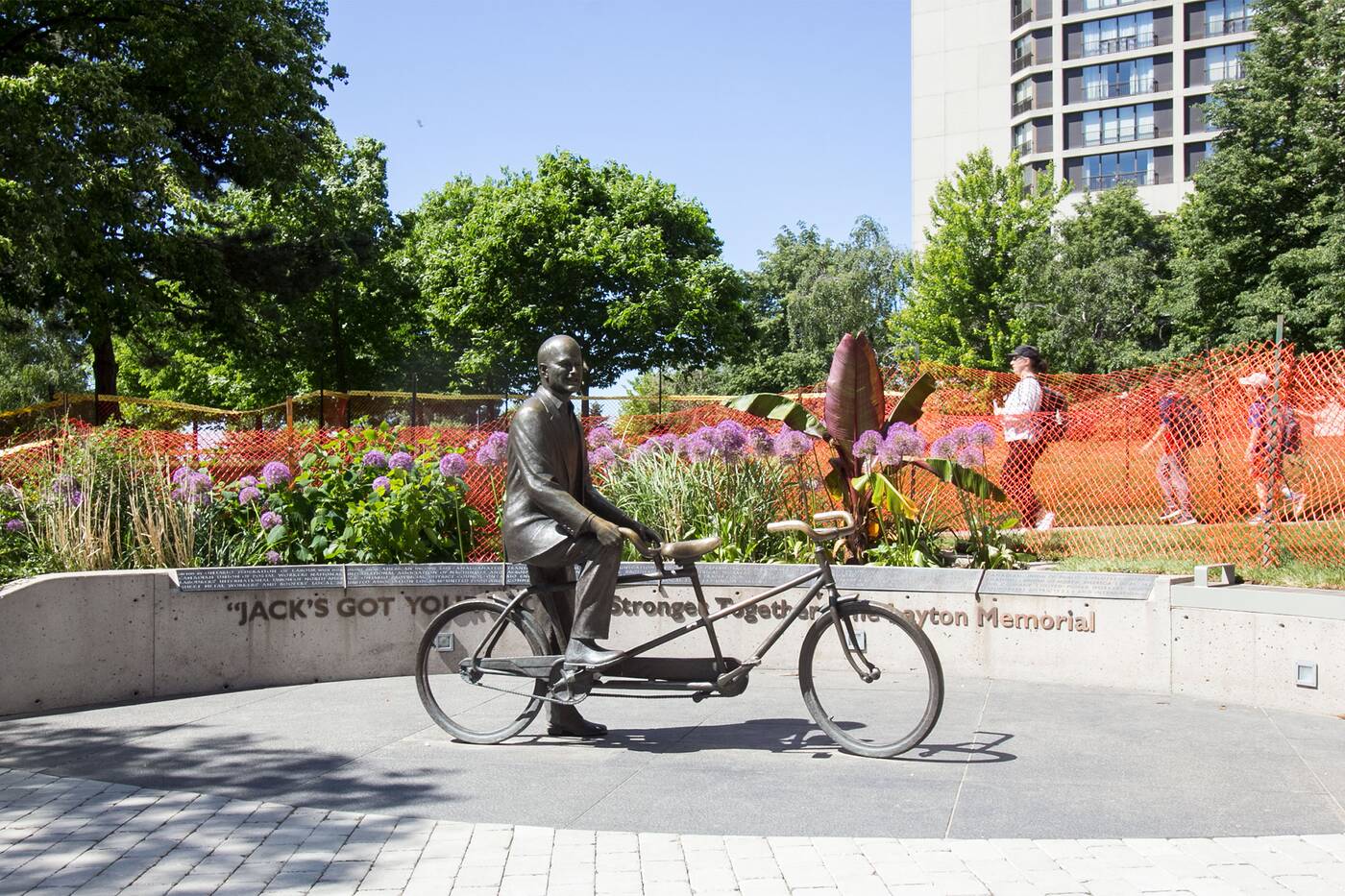 A memorial of late NDP leader Jack Layton shows the former councillor on a tandem bike.

The Jack Layton Ferry Terminal is located at 9 Queens Quay West, right next to the Westin Harbour Castle hotel. Here is where you'll find the Jack Layton memorial sitting in the courtyard – an area that seems like it's perpetually under construction. 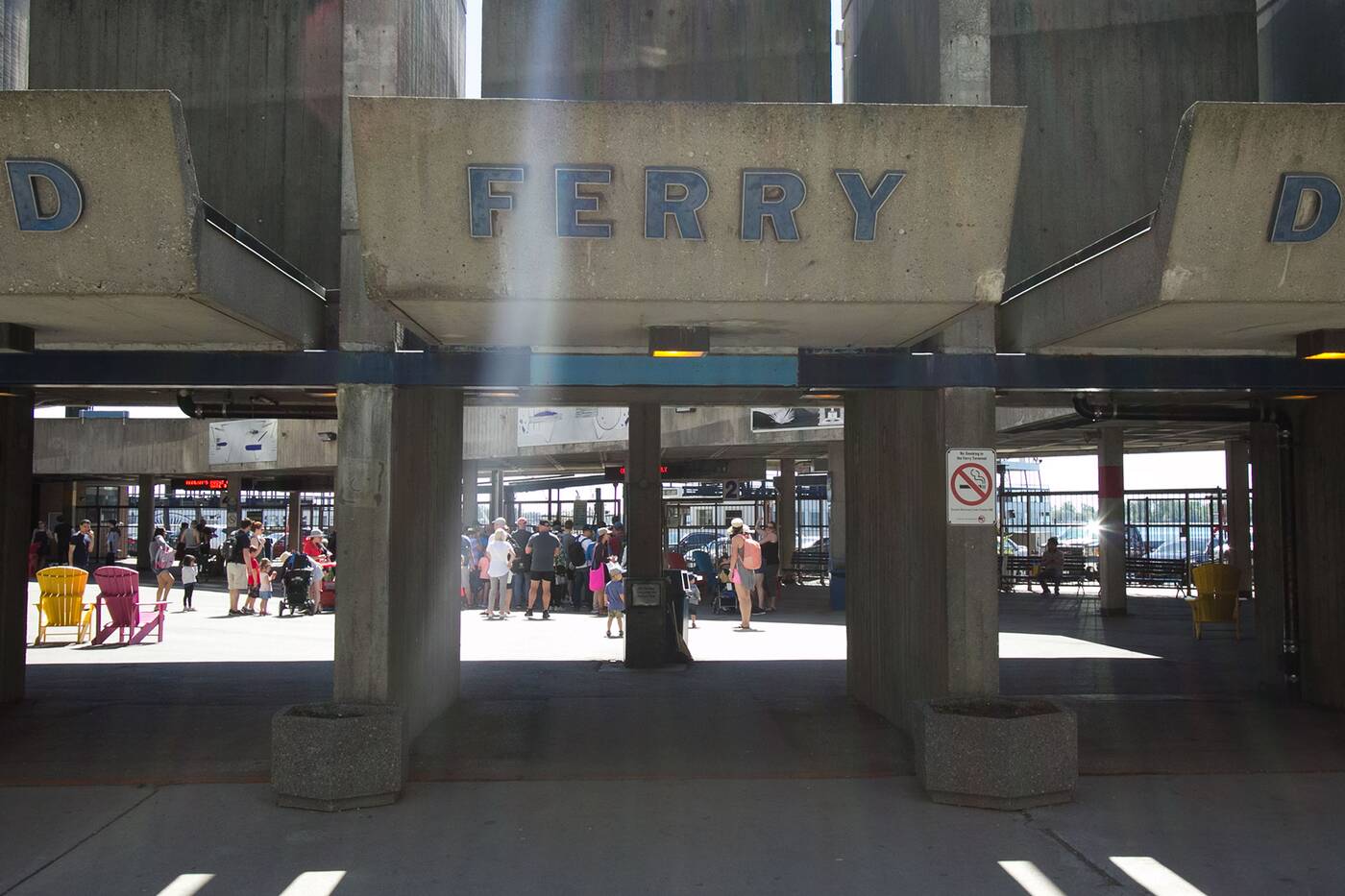 The ferry terminal is divided into three sections heading to the three different sections of the islands.

There are nine booths to grab your tickets, though they're rarely all in use unless it's an incredibly busy weekend. If you bought your ferry ticket online you can print it out or flash it on your cell to pass more quickly at the far left booth. All tickets will grant you passage to and from the islands.

You can pay for your tickets with cash or card, with options to buy tickets for adults at $8.70 each, youth – which means 19 years-old or under – and seniors who pay $5.60, and juniors (14 years-old and younger) for $4.10. Infants under two years-old get in for free.

After you've purchased your ticket, you'll receive two receipt-like slips which you'll have to show the ticket collector as you walk through the ferry dock entrance. No physical tickets are needed for your ride back from the island. 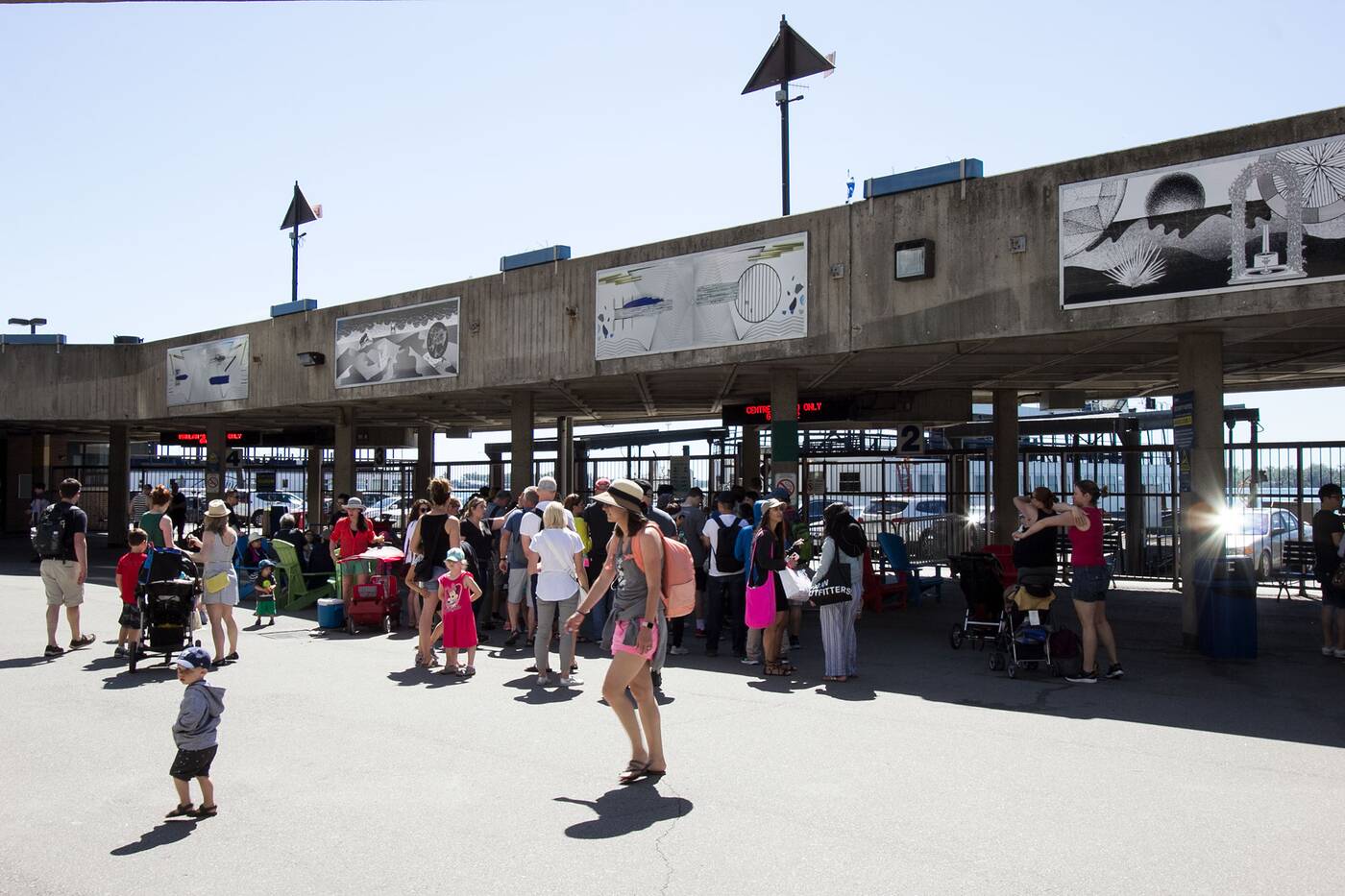 On weekdays the terminal is fairly quiet, but weekends are a completely different story.

The docks are separated into three sections, with different schedules for ferries heading to Hanlan's in the west, Ward's in the east and Centre Island right in the middle.

Make sure to check the city's ferry schedule before planning for your trip: the times change depending on certain holidays and seasons. The average wait time between ferries ranges between half an hour and an hour. 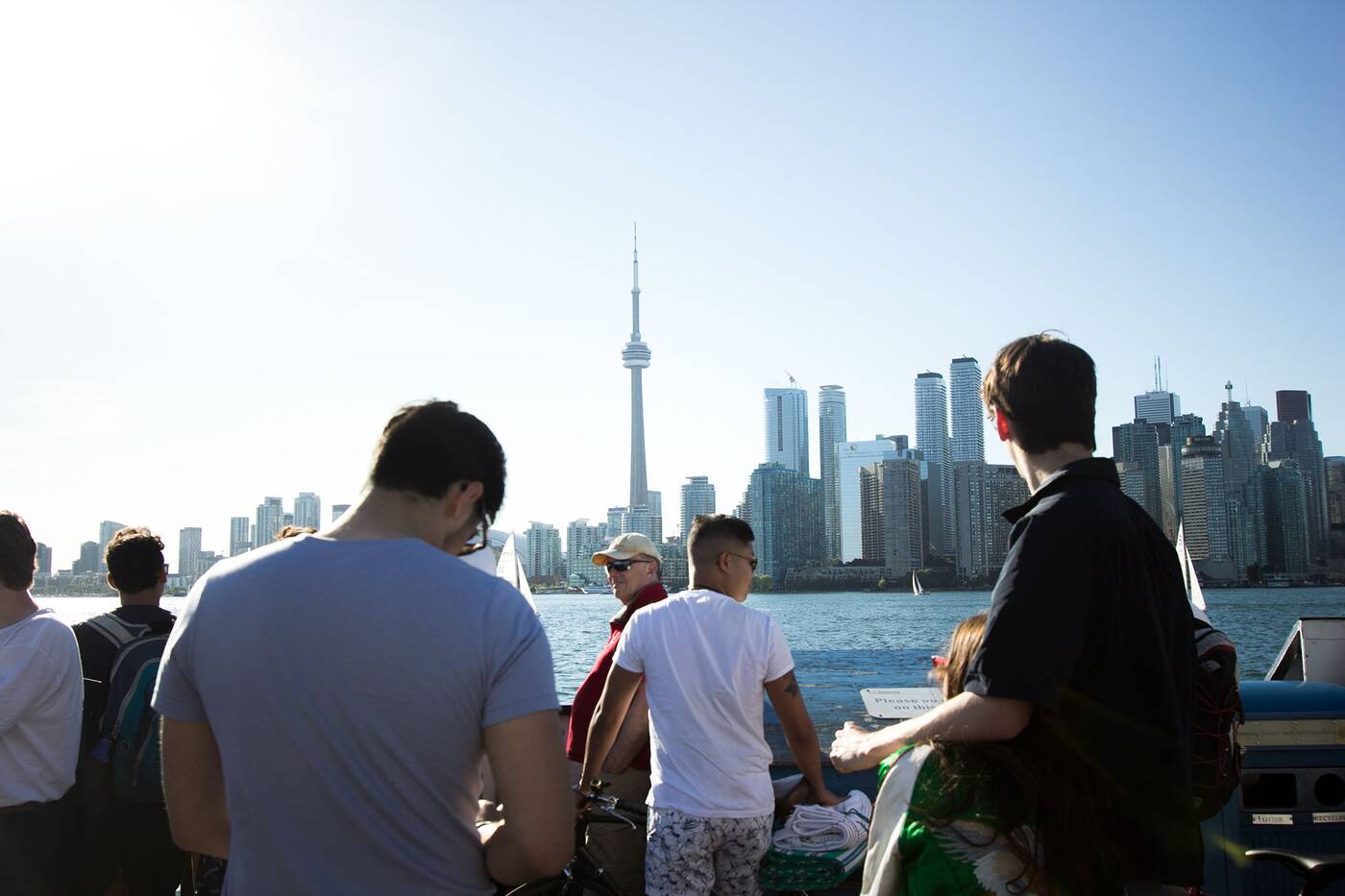 Sailing toward the island, you'll get a great view of Toronto's full skyline.

The average trip time takes around 15 minutes one direction, giving you ample time to enjoy the majestic view of the lake. 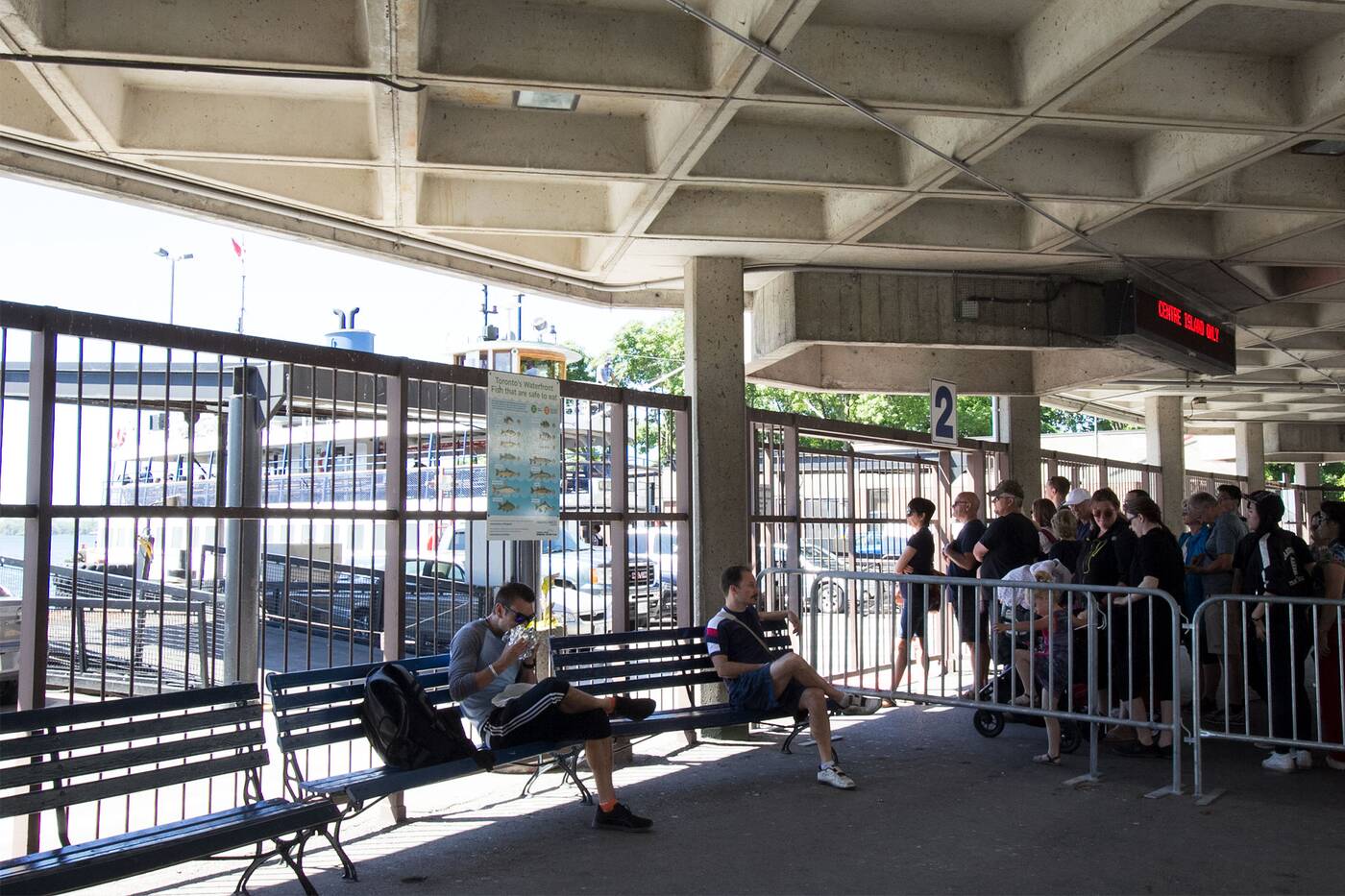 The waiting area for the Centre Island is usually significantly busier than the others.

By far the most popular island of the three, Centre Island is best known for Centreville, its amusement park, and beautiful lookout point. Ferries are the most frequent to and from here, basically coming every half an hour for most of the day. 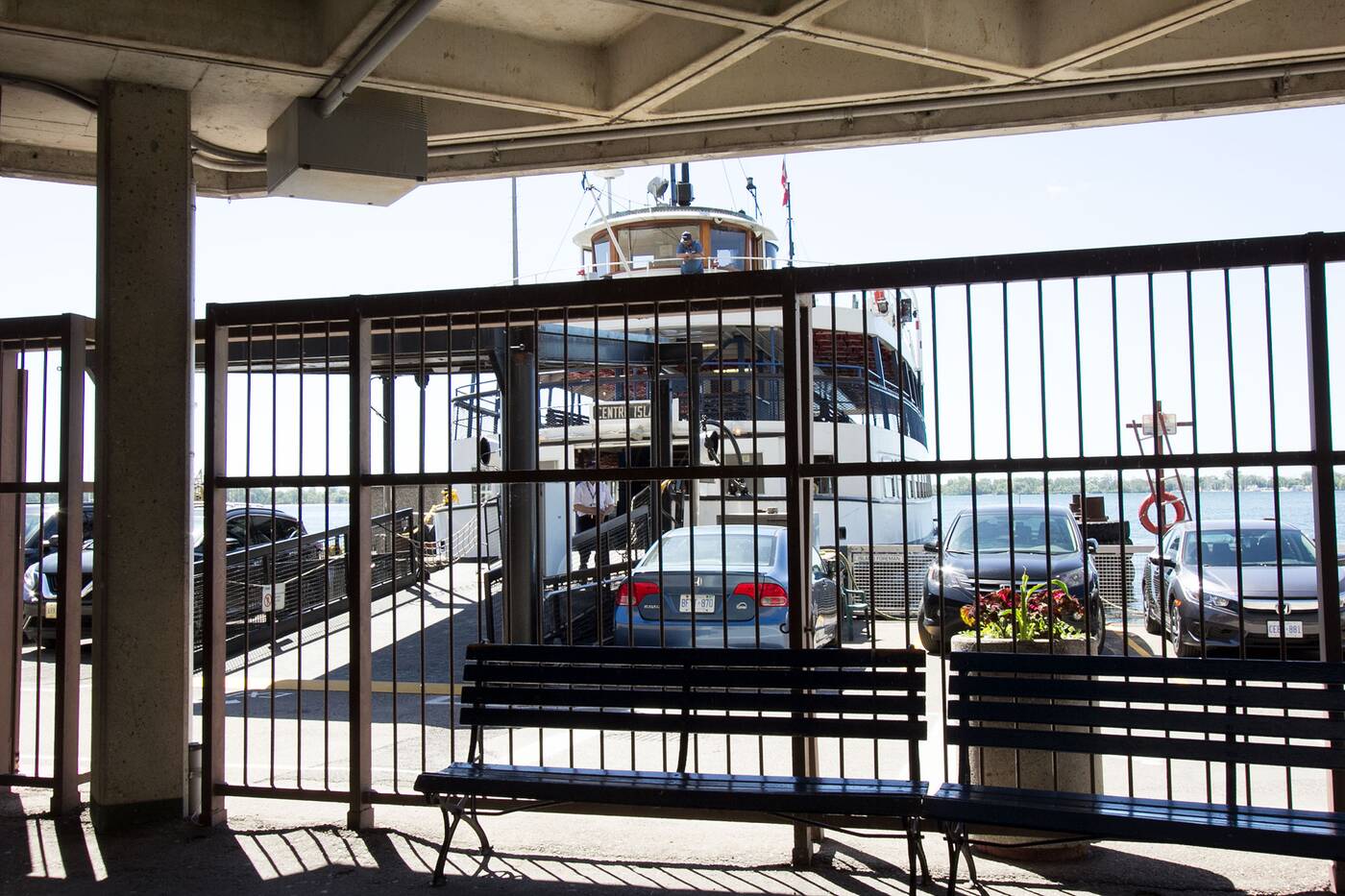 The ferry furthest left at the docks leads to Hanlan's point.

Home of the Billy Bishop Airport, Gibraltar lighthouse, and of course, the only clothing optional beach in Toronto, the most western end of the islands is on par with Ward's for popularity: It gets somewhat busy at this ferry, but nowhere near Centre Island levels.

Move to the far left of the dock to catch the ferries heading to Hanlan's. The ferries that dock here are the kind that can transport motorized vehicles, from vespas to school buses. Those, however, require special advance permits. 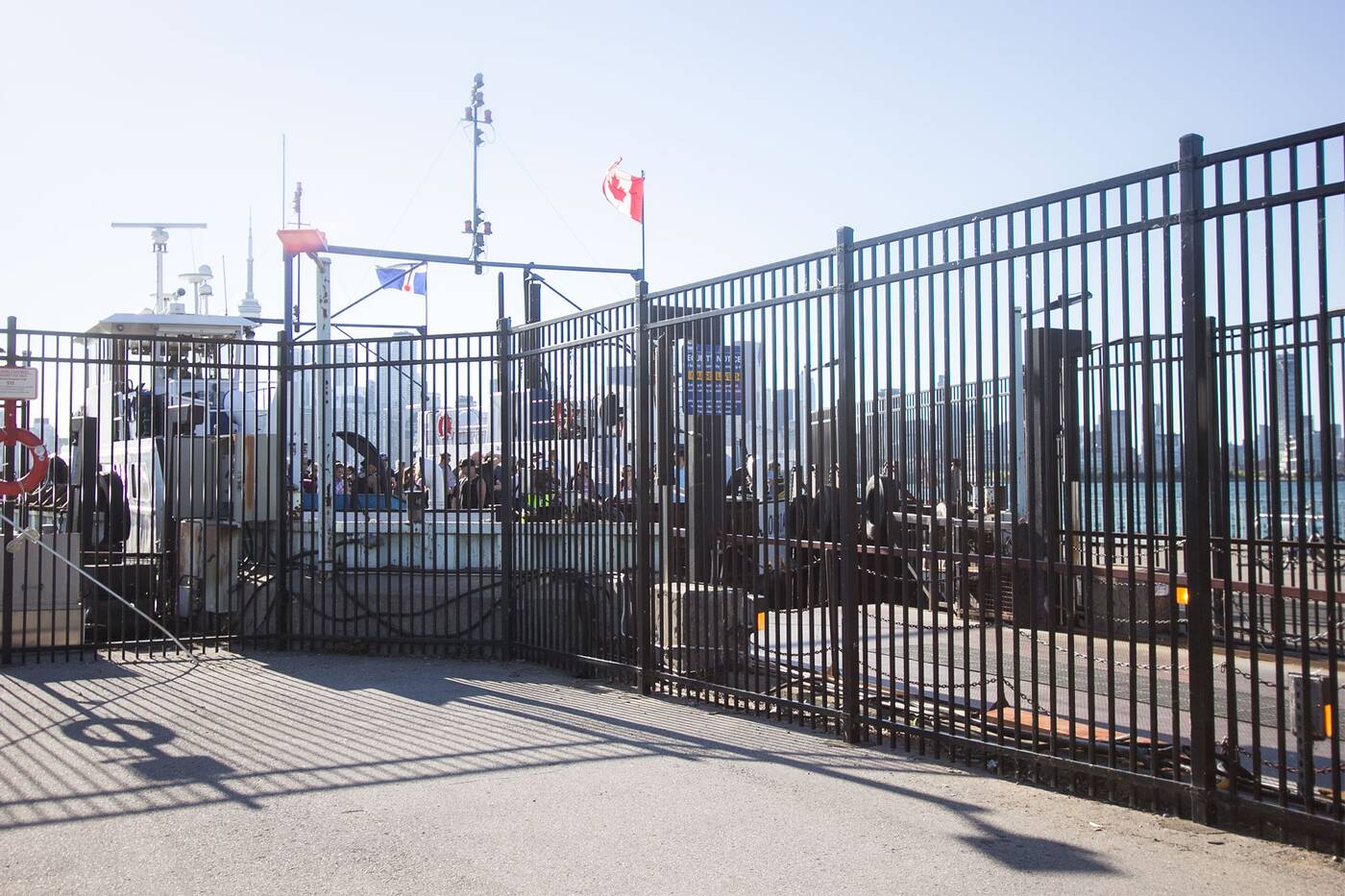 The return trip from Ward's Island makes a pit stop at Hanlan's point if you want to explore the other side.

The more residential destination of the three, Ward's Island is geographically part of Centre Island but is established enough to warrant its own ferry. You can find the Ward Island ferry on the right side of the dock, closest to the entrance past the ticket booth.

Return trips from Ward's often make a pit stop at Hanlan's point, so make sure not to get off one stop too early or you'll never make it back home. 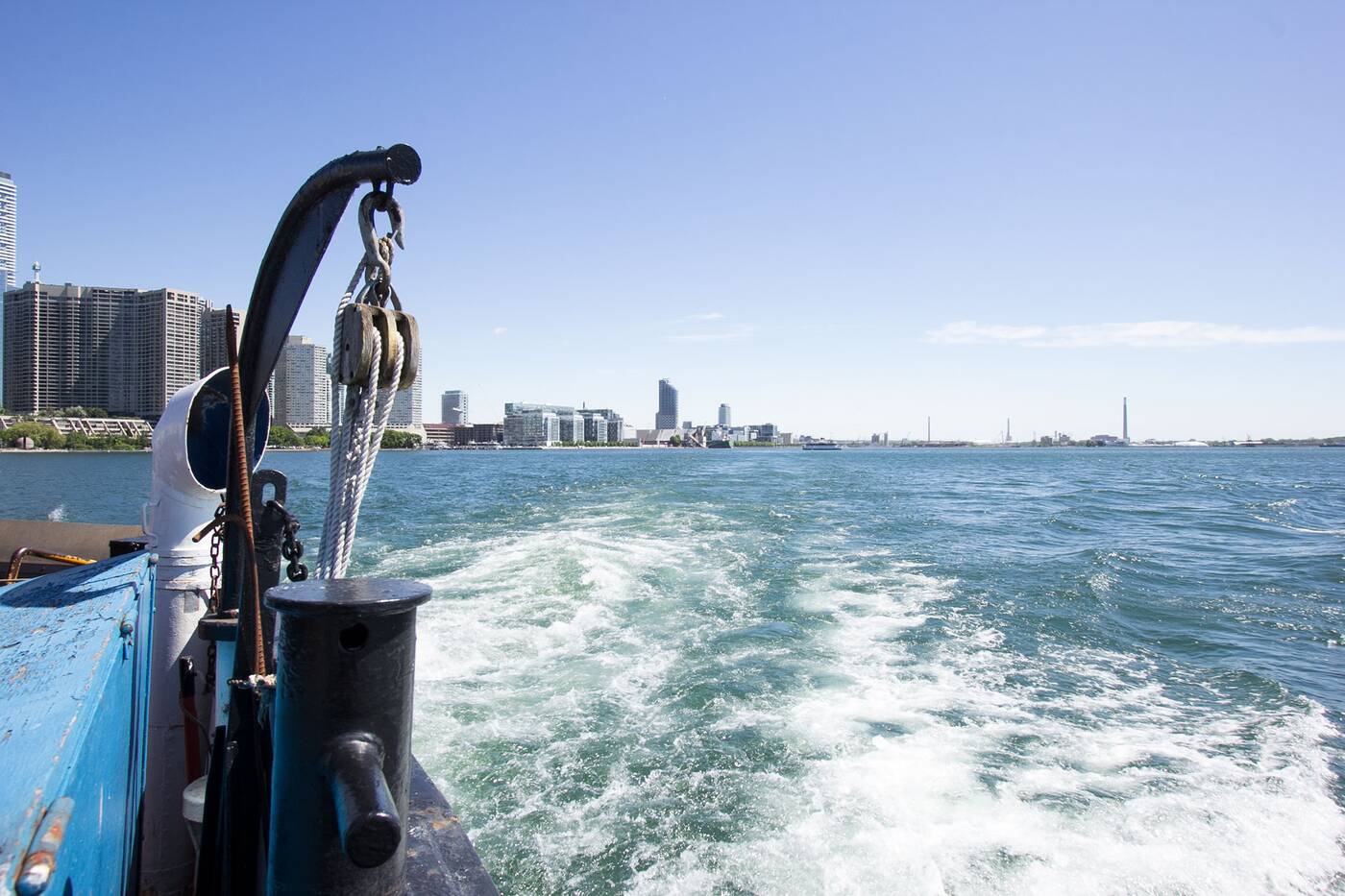