If you're in the market for penis watching, there's no better place than Toronto Island's Hanlan's Point Beach. Given that I am a hetero-identifying (and sometimes -defending, owing to my neat appearance and pretentious parlance) male adult, the penises on my recent trip there were merely marvels, like picking up a rock in the forest and seeing something wacky crawling underneath.

And boy, were they wacky (not that I was looking, really!). Long-ball Larrys, a few tubby micro-types (why is it always the overweight dudes doubly cursed with the micro penises?), and one or two stallion-like bros flaunting kielbasa numbers that shamed my pants back on. My friends, however, had no shame, as you can see from this week's lead photo. And that's really what Hanlan's is all about: no shame, freedom from society's conventions and perhaps freedom from your own. 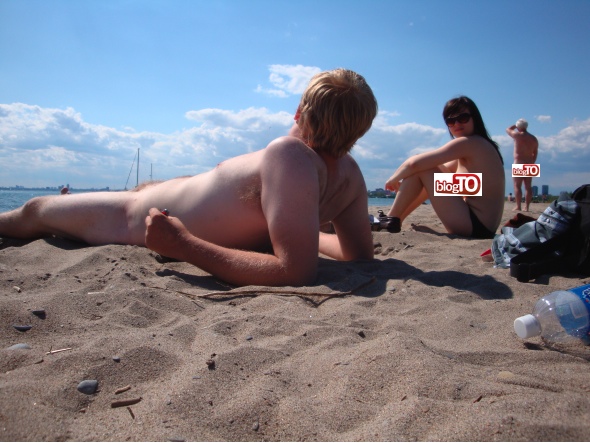 Standing nude in the middle of the city didn't feel so much like I was free from my conventions, but more like I was displaced from them - my conventions in a refugee camp, alone and shivering in far off lands. I am rather used to standing around, getting a tan, chatting with my friends and cracking jokes about genitalia. This is what I do. Here the activities were the same, but just slanted a little, like being on drugs. Or waking up in someone else's body, Freaky Friday-style, and going about your day as normally as possible. Or waking up in someone else's body and then taking drugs: Freakier Friday.

I only lasted a few minutes in the buff unfortunately. Several converging forces put me off. First there was the odd kielbasa-dong, as I mentioned. Then there was the requisite lingering loner, a perhaps-interested dude hanging around us a little too long and doing the double-, triple-, quadruple-take. This kind of behaviour might make ye average homosexual feel uncomfortable, and so vag-fan me was squirming, chanting silently, "no-homo, no-homo!"

The last straw that sent me back to Prudeland was noticing that, for some reason, most of the people sitting near us were fully clothed, and then there was us, an island of white blazing nakedness among them. This was when we realized that we were standing well outside the designated clothing-optional area. Here we were, congratulating ourselves for being naturists, when really we were a pair of streakers and a flasher.

Other rules of etiquette (which are available in the form of printed pamphlets offered by the Hanlan's Beach Naturists) we broke included: a) no taking hilarious set-up photos where the CN Tower looks like it's your member and b) no feeling uncomfortable.

Everyone else on the beach was well in accordance with the rules, and seemed like poster-people for the naturist cause. It was ninety-nine percent men, of course, most of whom were older and all of whom seemed remarkably in their element, despite, you know, being naked in public. 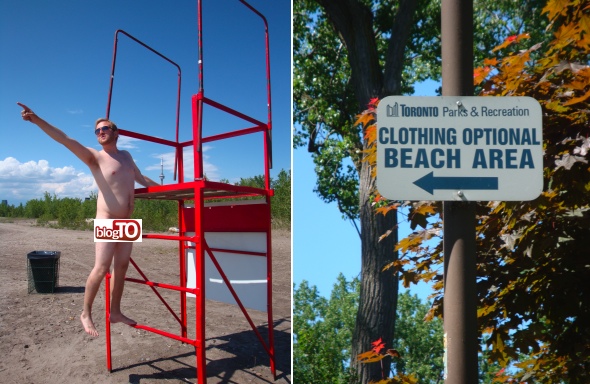 The beach itself was really impressive, well groomed, and offering a number of exotic games. Most of these consisted of wooden and metal object and occasionally balls tethered to poles. They were all European in origin and made no sense to me whatsoever, which is fitting as the nudist thing pretty much falls into that category for me as well: weird and European.

Being socially awkward even in a snowsuit, I couldn't bring myself to interview anyone on the day. Luckily, while sitting at Ronnie's in Kensington Market a couple days after the trip to the beach, I met a woman who described herself as a regular. More than a regular, even. She said that Hanlan's Point beach is what keeps her in Toronto, and that she values it above all else in this city. I joked that she was probably the only woman in town to say that, but she said that there are many women and families that go there. I asked if she'd ever had any problems or drama there. She said that mostly not, but complained that sometimes she's accosted by single men, and has had to leave once because of it.

As the sun was setting on Hanlan's and we re-clothed, my friends listed the items they'd bring with them next time: a cooler of beer; much, much more sun screen; mirrored sunglasses. I, on the other hand, was just glad the experience was over and I could go back to my regular life of not knowing, but always imagining, what every person that walks past looks like naked. 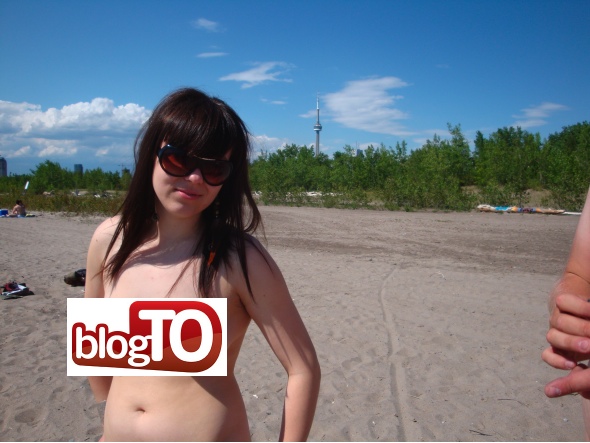