More than two years after it shuttered its unpopular and largely despised Transit Stuff store at Union Station, the TTC is once again making a tentative foray into the potentially lucrative world of merchandise.

Two posters, one showing the original 1950s Eglinton-Union subway map and the other a scaled-up "transit goes where the action is" advertisement from 1966, are now on sale for a reasonable $15 (inc. tax) from the Commission's customer service centre at Davisville Station.

Copies of the subway map, the same one used inside trains, are still available for $10. 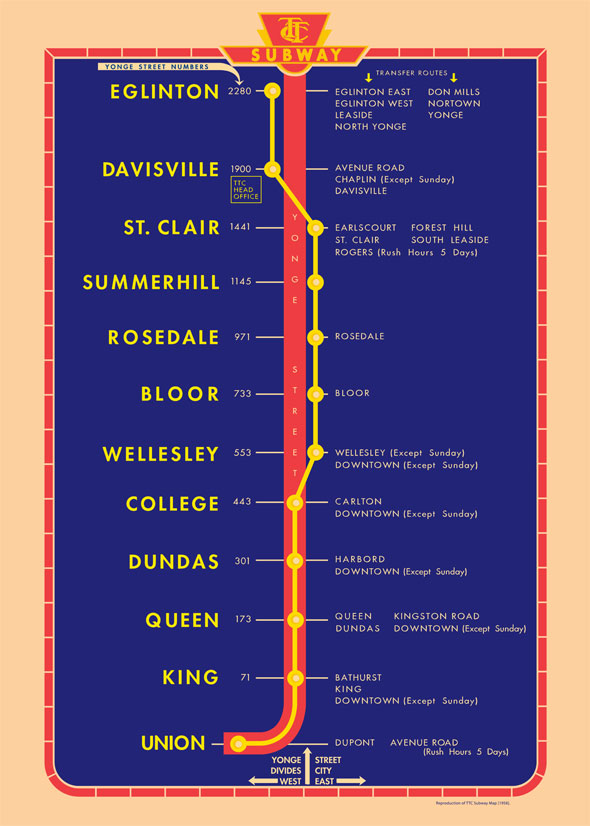 TTC spokesman Brad Ross says the new posters represent a slow exploration of new retail possibilities that could lead to a range of improved products and, maybe, an online store. Poorly designed t-shirts and other booty (which is still available from the manufacturer) was one of the main criticisms of the Transit Stuff store.

The posters target the "transit enthusiast," and the TTC is betting people will be willing to make the trip to its headquarters to snag a print. 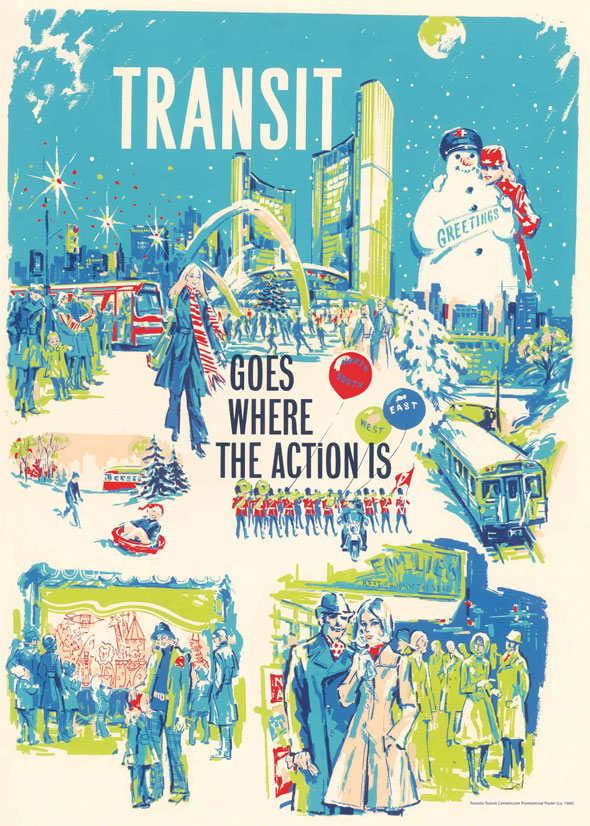 Will you buy one of these posters? What else could the TTC sell? Could a attractive line of well-priced products be a money-maker? Tell us below.

For more vintage transit love, check out our TTC etiquette guide and this set of Christmas messages.