Yonge-Dundas Square could be about to get its first mixed-use residential towers if Toronto and East York Community Council gives the go-ahead later this month. The 39-storey cluster of towers will sit between Victoria Street and O'Keefe Lane and provide one of the clearest views of Toronto's most famous intersection.

The project involves renovating two designated heritage properties on the south side of the square and demolishing a third between Victoria Street and O'Keefe Lane. The new towers would rise behind the remaining structures, known as the Hermant Buildings, and provide a mix of retail and office space at grade and residential units nearer the top. 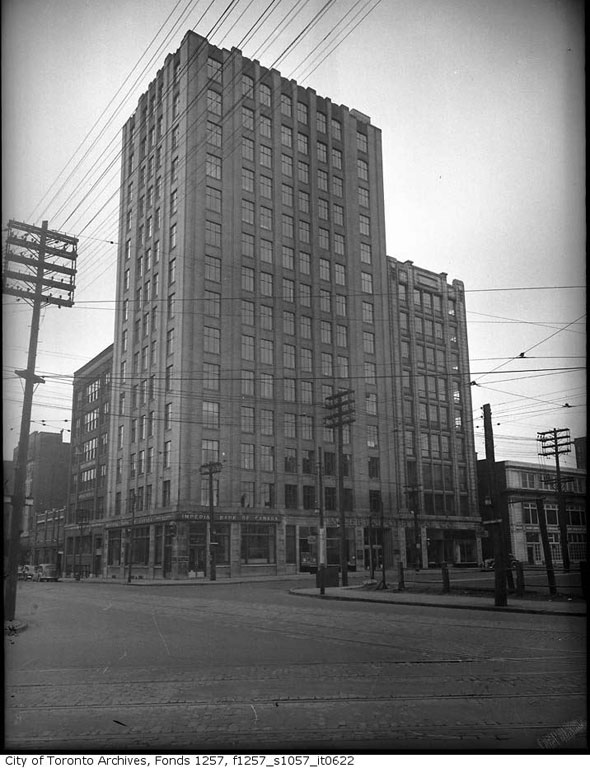 The Hermant Buildings, two art-deco inspired former factories, were built in 1913 and 1929 and will house office space. The smaller of the pair, located roughly midway between Victoria and Yonge streets, was briefly the tallest in Toronto though it stands at just nine floors.

Both were owned by Percy Hermant, founder of the Imperial Optical Company which was once the largest glasses and eyewear manufacturer in Canada. The business operated out of the buildings and carried the company's logo on its Dundas Street side for many years.

The pair are cited for the detailed exterior and decorative metalwork that will be restored under the construction conditions outlined by the city. The Section 37 agreements on the table would also provide public artwork and cash for new green spaces in the neighbourhood. 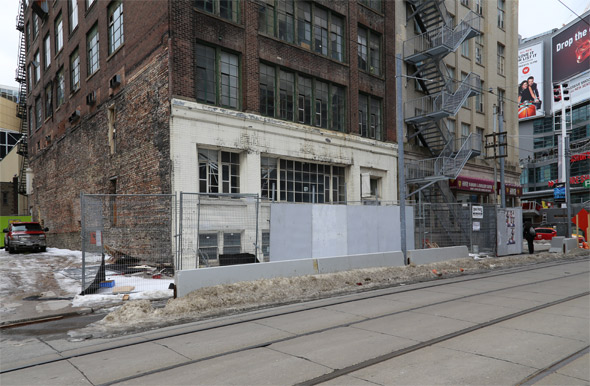 The new structure will comprise several towers of different height towers, the tallest of which will feature a penthouse apartment with panoramic views of the city. Smaller 38- and 40-storey buildings will be built on the same site with entrances on Victoria Street.

"It has a huge profile, obviously it'll be visible from the square, so it has quite a cachet in that regard." says David Dow, principal of Diamond Schmitt Architects. "We've really tried to create a building that has a bit of a different look than many of the all-glass buildings out there. The pre-cast vertical panels on it will create a different look."

The design is a joint venture by Diamond and Schmitt and Page + Steele IBI Group on behalf the owner of the heritage buildings. "It's a project that's been in the works for quite a while so we're pretty enthused by it now," adds Dow. "We've got the working drawings complete and once the approvals are in place we're hoping to see things move quickly."

Here are some quick stats:

The rental units will be the latest to arrive in the area between Queen and Dundas since the giant Massey Condos were announced this time last year. Do you think more residential units on this section of Yonge will improve the neighbourhood? What do you think of the plans to keep the heritage buildings?

The site plan will go before Toronto and East York Community Council later this month with recommendations from the city planning division that the project be given the green light. If it's approved, the developers will be able to start construction immediately. 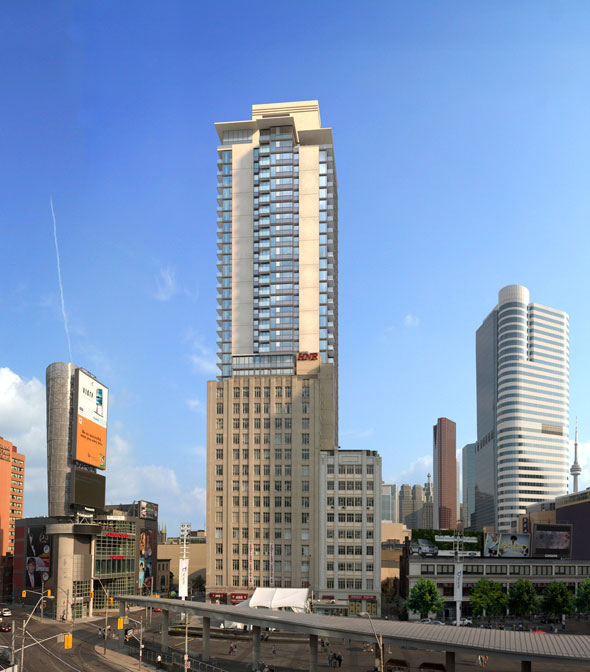