King Charlotte Condos is "based on a series of designed boxes, all of different types and sizes." What's that? You want to know about the units?! "The boxes stack upon each other, and not necessarily in a fashion that one might initially imagine." Never mind the floor plans. Check out these squares. "It is all very playful, yet incredibly clean and crisp." Hooray, boxes! This new King West condo has all sorts of nifty rectangular shapes... and some other details like boring deposit structures that aren't as fun to talk about teetering squares. Here's a closer look at King Charlotte Condos. 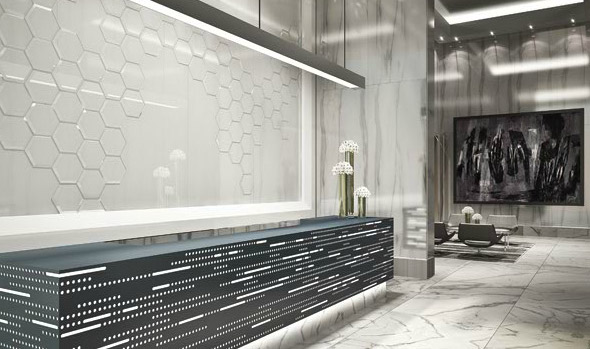 I really thought I had written about this one before. But no, I must've been thinking of any of these other, seemingly identical King West-area condos. A novice mistake. Nevertheless, King Charlotte has been touted as "The Most Anticipated Addition to King West" (by its developers...who are also behind other King West projects...so take that as you wish), but I assume there must be some sort of very good reason. Stone countertops, maybe?

Well, to begin, this condo distinguishes itself from the King West crowd in that it is not actually on King West. Charlotte Street is a short little north-south route with pretty much nothing but condos, but ample room for the delivery guy to pull over to drop off your late-night Thai food. Steps from the streetcar but not right beside, residents will be treated to a little breathing room when it comes to that inevitable King/Spadina track repair, rush hour traffic, and other fun that comes with living right on an urban downtown route. Essentially right between King and Adelaide, King Charlotte will be steps from great cafes, shops, and restaurants, yet clear of those horrible Entertainment District beats that have a way of resonating into your psyche (and condo unit).

Another King Charlotte plus is that the building is rather narrow (that's what happens when you take a warehouse and attempt to turn it into a home for hundreds of people), meaning that the floor plates are relatively small. Residents can anticipate sharing their floors with five to nine other units, which is not terrible considering some of the more girthy towers rising up across the city. And standard gas stoves are nice. It'll stop here, lest my weariness of this category really start to show. 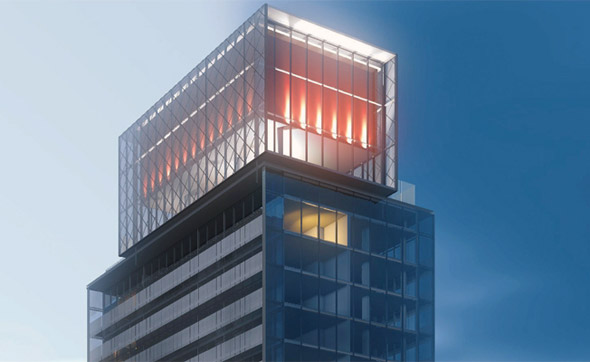 You know what'll really push me over the edge when I finally buy a condo? Pictures of models in Victorian crowns. A whole wallpaper of them! I can see it now:

"Hmm, I think I can do better in terms of my mortgage rate. And I know a unit on a higher floor might facilitate easier resale, but I really can't afford it right now. Then again, Mandy is wearing the shit out of that crown. You know what â I'm going for it."

Yes, developers are persistent in their "selling a lifestyle" tactic, which explains the marketing materials brimming with crowned models, shiny renderings, and ostentatious wordage. Granted, it must work or else developers would change their approach. Nevertheless, I, personally need a little more than a promise of an "entertainment oasis" to look past the lack of balconies (for many suites), tiny kitchen walls, and layouts that barely lend themselves to a dining table or kitchen island.

You can get a little more space and a functional kitchen in King Charlotte if you've got the cash, though you'll end up spending the equivalent of what would get you a semi-detatched with a yard (green?! what is green?!) in another neighbourhood. King Charlotte says its floor plans are great examples of "modern, clean simplicity." I say they're bare bones at best. And with so many options in the area and with few distinguishing features, King Charlotte units seem just a dime a dozen.

And I understand why developers of such narrow building would want to maximize livable space ($$$) at the expense of elevator wells â but really, only two elevators for 32 storeys!? I know anecdotally (the best type of evidence) that I would sometimes have to wait five minutes or more when I lived on the 22nd floor in a building with four elevators. So good luck to you, King Charlotte residents, on move-in day or those weeks when one elevator is in service. Some advice: go to the bathroom before you leave for home.

I'm still of confused as to which King West condo we're talking about... 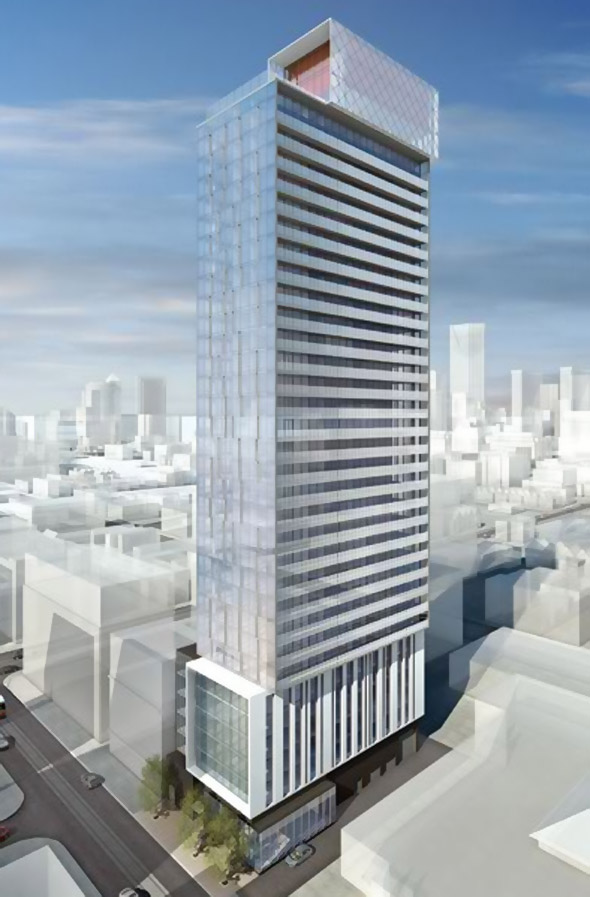