The Kensington Market Winter Solstice parade is a tried-and-true tradition (now in its 23rd year) that, quite literally, lights up the longest, darkest night of the year. How, you ask? With the aid of a procession of lantern-holders, and a finale event that sees fire-throwers and the burning of an effigy.

Last Friday, December 21st, people bundled against one of the coldest nights of the season thus far began to gather at the corner of Oxford St. and Augusta Ave. at 6pm, then slowly made their way (many wielding lanterns) to Alexandra Park, led by a marching band. 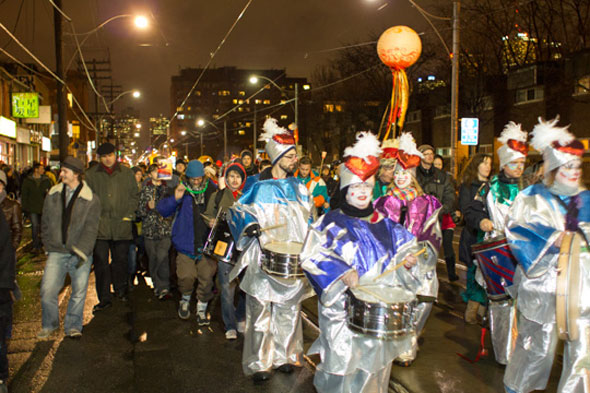 Everyone eventually gathered in the baseball court, circling the main event--costumed breathers, throwers, and other manipulators of fire offered up a brief respite from the night. December 21st was particularly special, as parade-goers, bar-hoppers and couch-surfers across the city were doubtlessly heard to mutter with a shrug that the world didn't end after all--and lighting up the night was among the best ways to celebrate. 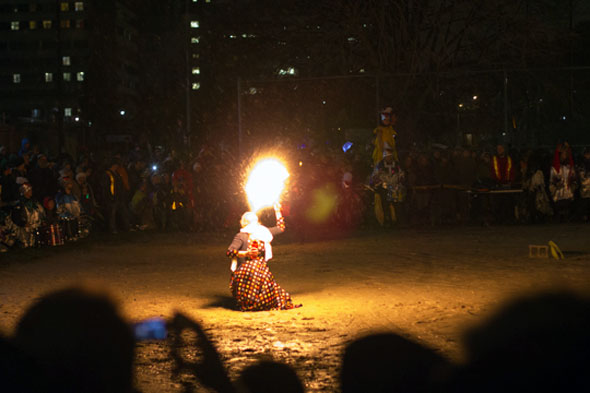 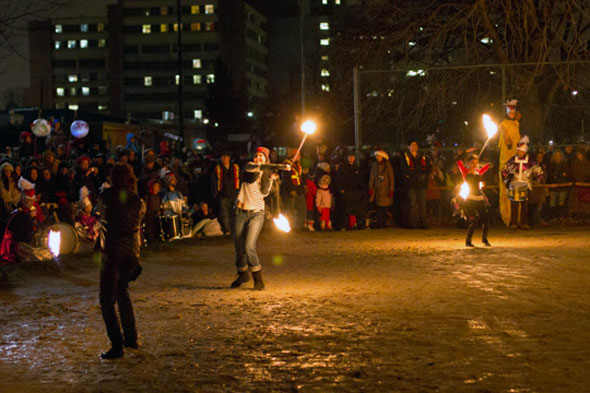 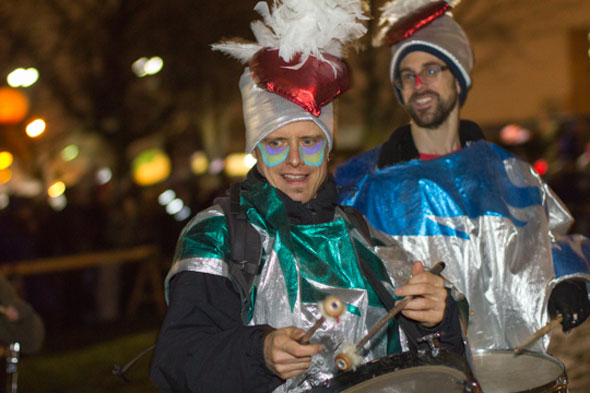 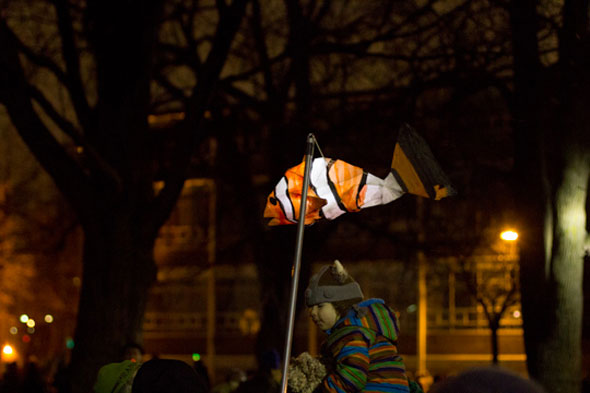 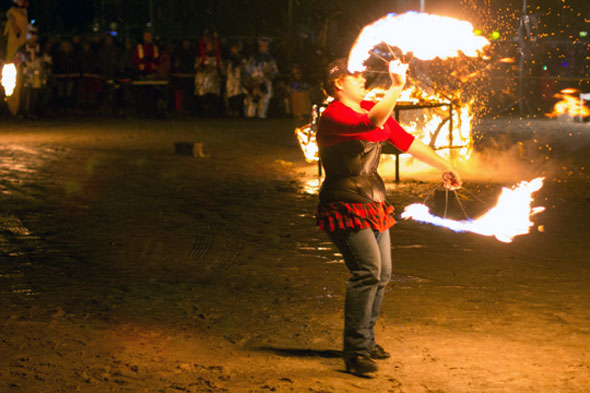 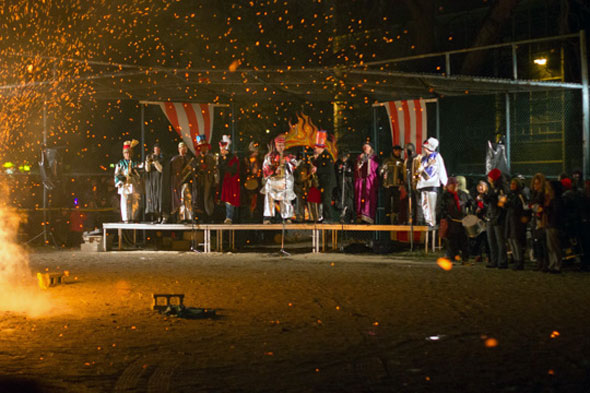 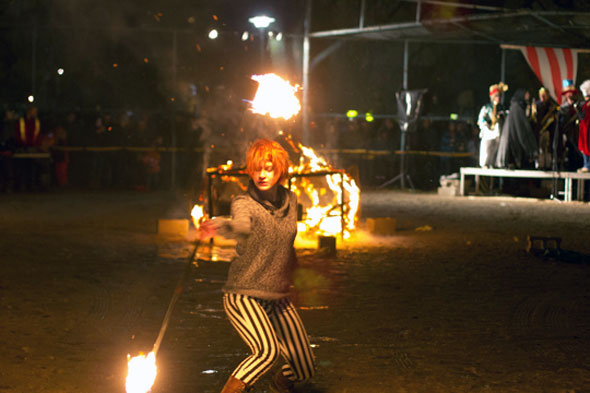 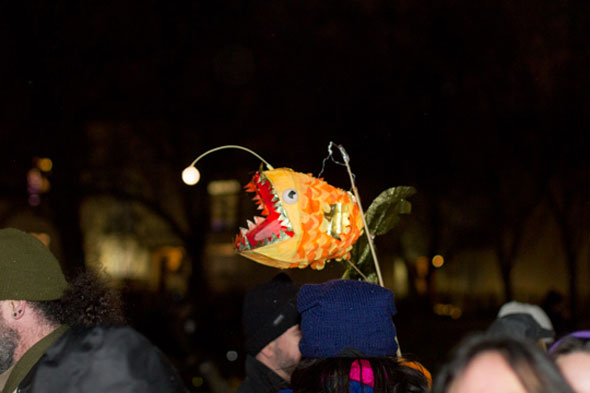 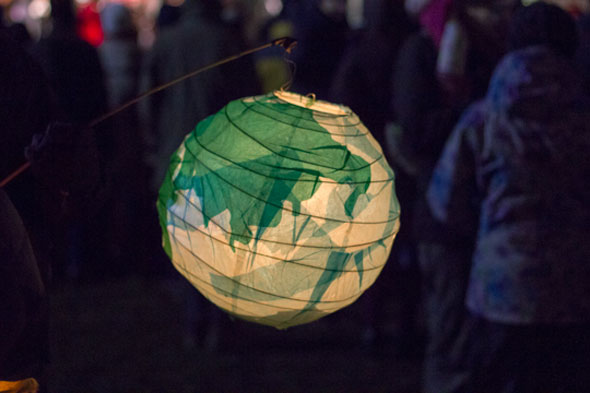