Major retail development could be coming to Front St.

Two real estate giants could be cooking up a new high-end shopping centre in the image of the Eaton Centre for the Globe and Mail lands at Front and Spadina once the newspaper moves to its new offices, according to the Business News Network.

The so-called "mini Eaton Centre" will be a joint investment between Riocan and Allied Properties REIT and will, apparently, feature 500,000 square feet of "unique" retail space similar to the offerings available in Yorkville.

It's difficult to know how much stock to put in this story: there are several unverified details from a single, unnamed source and the copy stresses that "zoning and plans are not yet in place." From that, it's hard to tell if it's anything but an idea in someone's head.

A planner at the City of Toronto told me, as far as he's aware, no-one has submitted official paperwork, sketches or renderings for the project, and neither real estate company has revealed plans for the site beyond their intention purchase the area from the newspaper.

The Globe and Mail 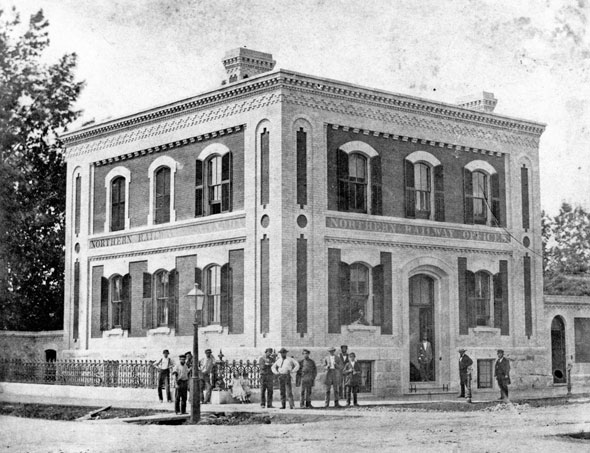 published an article earlier this week confirming they were in talks with Riocan and Allied Properties REIT after a deal with Mattamy, a homes developer, fell through. The story describes the proposal as a mix of "office, retail and residential space," stressing that living spaces would be "secondary."The site was formerly home to the Northern Railway Offices building, the management headquarters of the now defunct Northern Railway of Canada designed by W. G. Storm, the man also responsible for St. Andrew's Church and parts of University College. The Globe and Mail is moving to a purpose built headquarters next door.