The St. Clements is supposed to be about old and new, stainless steel and stained glass, and — oh, and, uh, a $5,000 deposit. A Sonterlan Corporation project in association with Brad J. Lamb Realty, The St. Clements is a new condo project set inside (and beside) the historic St. Clement's Church on Jones Avenue in Leslieville. The church itself will house 18 (mostly two-storey) condo lofts, with a (to-be-constructed) modern building right beside with room for another 22. Gothic and new, and connected by a two-storey glass bridge — like a fairy tale, isn't it? Here's a closer look at The St. Clements. 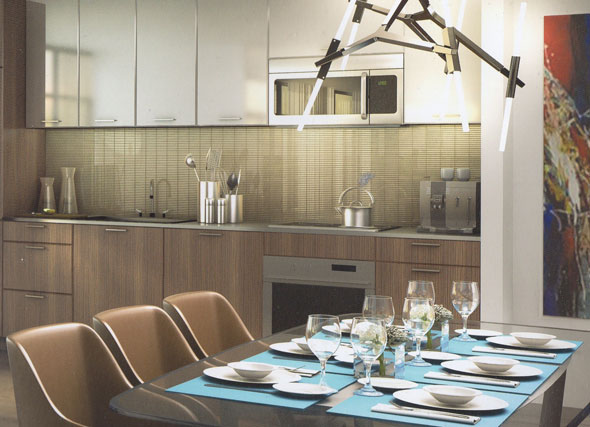 Ceiling height: Up to 9' 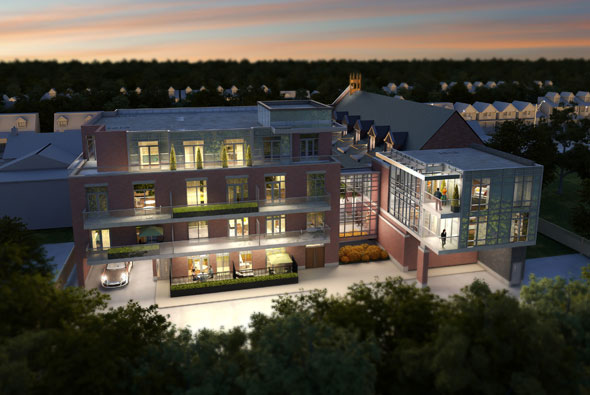 On the one hand, it's nice to see a century-old Leslieville landmark preserved in such a way that it will garner daily admiration (if only from its inhabitants, but nevermind). On the other hand, I wouldn't exactly call another condo project (especially in Toronto's fatigued real estate market) terribly romantic. But hey — at least it's not a Tim Hortons! Sorry Allenby Theatre. And despite the inevitable naysayers, I still think it is pretty cool to be able to own a piece of a historic Toronto property. And yes, in case you were wondering, the Kool-Aid at the sales centre launch was delicious, thanks.

The suites themselves boast a rarity in terms of Toronto new builds: actual space. While some other hilarious projects will have suites as small as 278 square feet (those guys at Concert Properties sure are jokers), St. Clements lofts start at a very reasonable 613 square feet. And the prices aren't too bad either (keeping in mind that the project officially launched less than 24 hours ago, and probably will rise). Depending on the unit, of course, you could be looking at paying somewhere around $560 to $600 per square foot, which isn't too bad considering the cost of some of the other condos on the market. 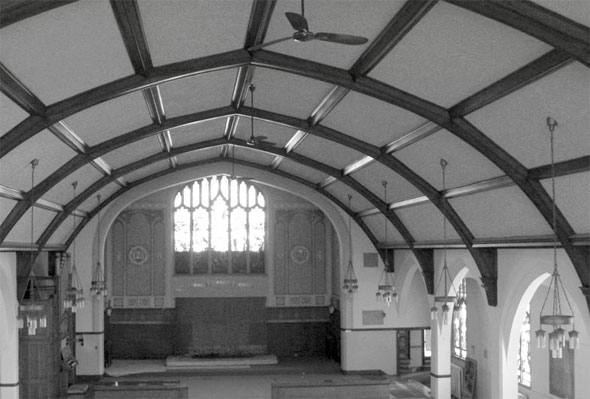 Gerrard Square Mall territory, which is probably a ways away from a significant urban upgrade (some like to call it "gentrification" ...whatever). Here you're bound to catch the waves from lower Leslieville without paying the literal prices. In terms of transportation, there's the Jones Avenue bus and Gerrard Streetcar a step away, plus Queen Street not more than a 10-minute walk. And while there's not a whole lot in terms of shopping or eats on Jones Avenue proper (it'll come), there's still more than enough close by.

Time to get real, unfortunately. While the St. Clements Church does provide a lovely-looking shell, that's all it is. A shell. All suites — including those in the church — will have 9' smooth ceilings. Yes, the stunning wood cladding of that pitched roof interior will be covered to make room for flat ceilings and hanging Home Depot pendants. You're pretty much getting a conventional modern condo with an extraordinary exterior. But inside, it's all the same. And lest we forget the 22 units that aren't even in the church itself, what do you call those? Heritage by association? I'm not sure. But it does strike me as significantly less awesome (a realtor term, I'm sure) to live in an "inspired contemporary building" beside a heritage property than actually inside a heritage property.

Many of the units, too, come with a few significant limitations. For one, most of the "heritage loft" suites (read: the ones in the church) have only a French balcony, if a balcony at all. The reason is obvious, of course, but it's nevertheless a limitation for those who can't imagine a summer without an excess of meals made on the barbeque. The "modern lofts" on the other hand, all offer balconies or garden patios, but many of the bedrooms (as laid out in current plans) are positioned without windows. Apparently, sliding doors are supposed to suffice instead. I'm not amused. 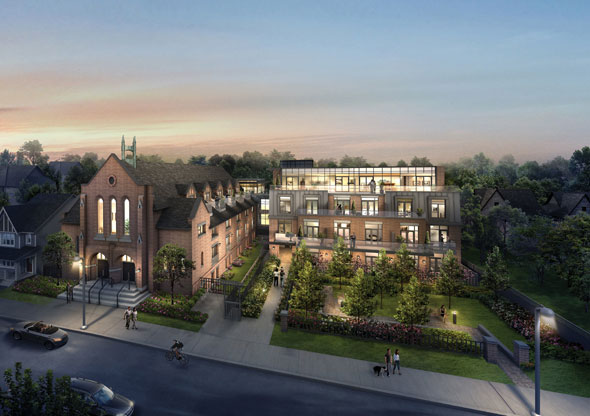 Depends largely on what you've vowed to never do inside a church.