Queen's Quay, like so many areas around downtown Toronto, has undergone massive change over the last few decades.

Once a street that serviced waterfront industry and passengers about to embark on ferries headed to the Toronto Islands, one of our city's most southerly streets is now something of a neighbourhood unto itself, complete with condos galore, tourist attractions and office space.

But what did the street look like before all this development? Although it's probably not a place to get particularly nostalgic about, it's always intriguing to situate the city within the context of its industrial past. 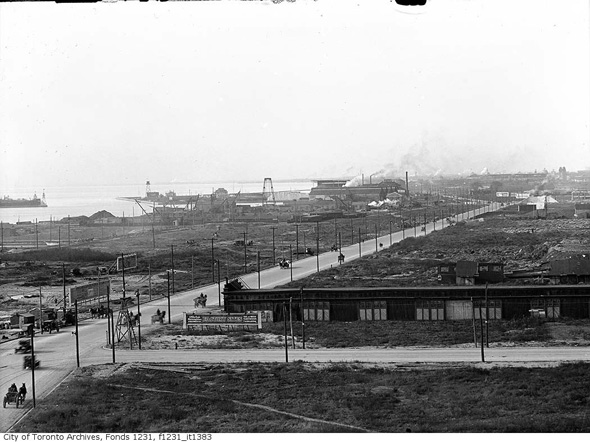 Queen's Quay was born at the turn to the 20th century, when various efforts were made to expand the city southward by filling in the harbour. 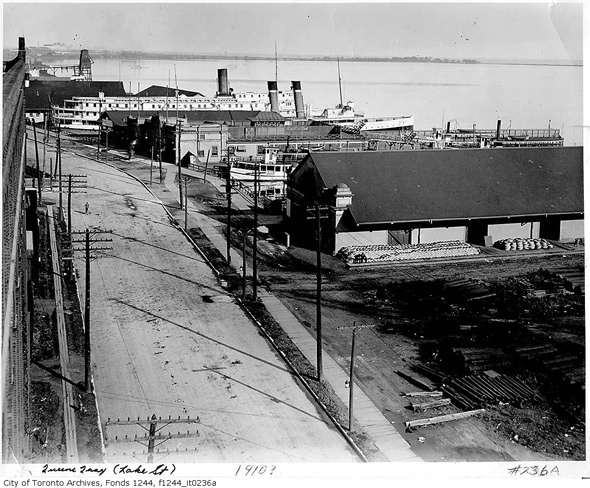 Up until the early 1970s, the street bore an almost exclusively industrial character save for the ferry docks. Streetcar service arrived in the late 1920s, only to disappear some 50 years years later before its eventual return in 1989. 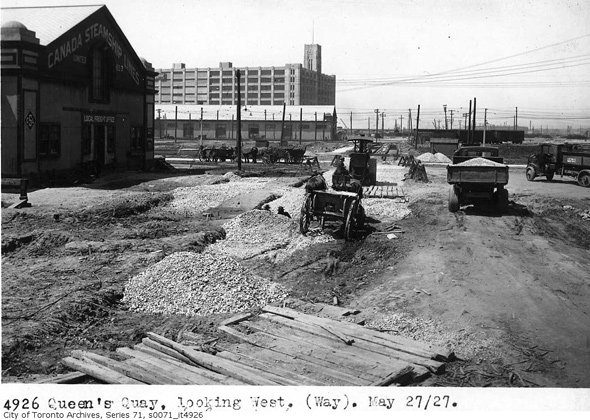 Throughout this period, Queen's Quay was a mostly tired stretch of road, home to various silos and warehouses, and, of course, the Toronto Terminal Warehouse. 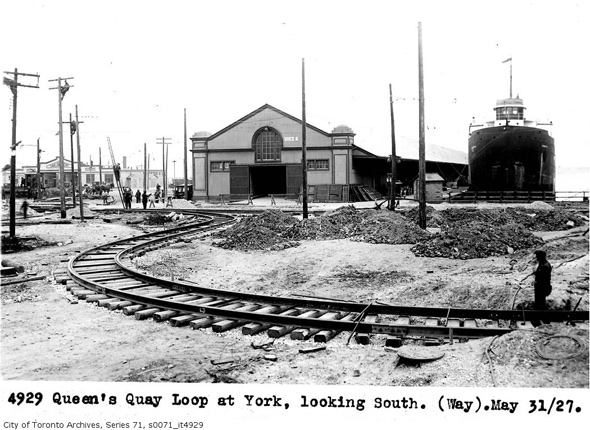 If you weren't going to work here or destined for a ferry boat, chances are you skipped Queen's Quay altogether. Things would slowly change in the 1970s when the Toronto Terminal was converted to the York Quay Centre and the Westin Harbour Castle Hotel was built. 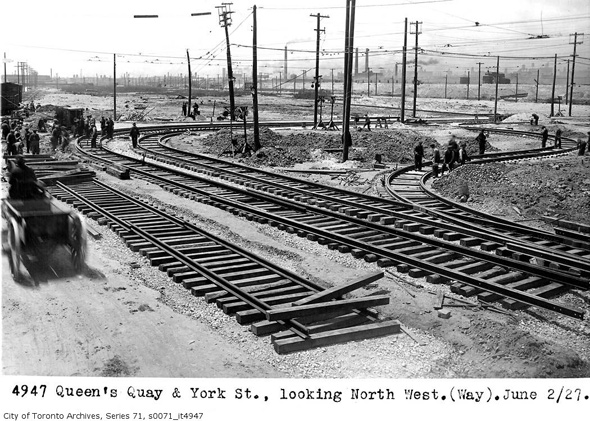 In the years that followed, condos slowly sprouted up between these two anchors, before the street was officially extended west from Rees Street to Stadium Road in the mid 1980s. 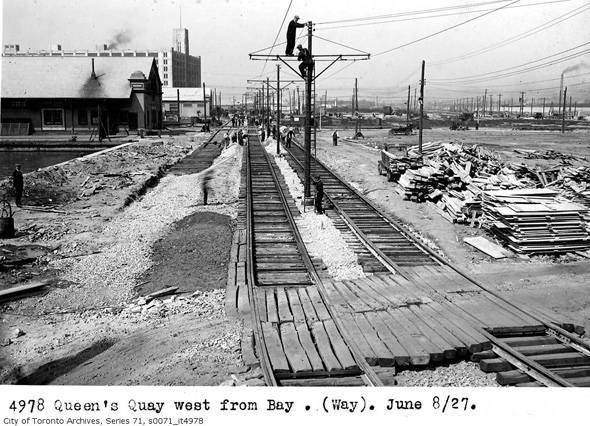 By that time, the a real estate boom was starting to gear up, and the prime waterfront property would quickly be bought up by developers. It's not all about condos here, however. 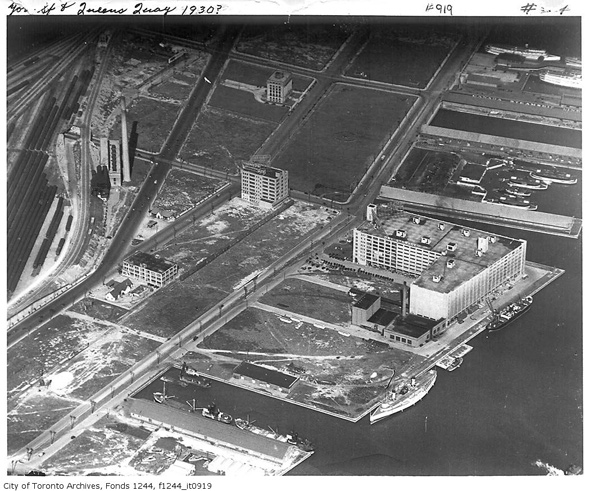 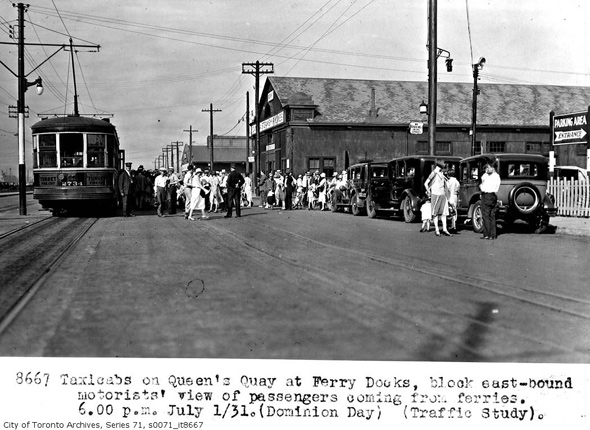 It remains to be seen just what the character of the street will be when all the current projects are complete and ambitious and controversial Sidewalk Labs neighbourhood of the future comes to fruition.

Here are some more photos of Queen's Quay before all the condos arrived. 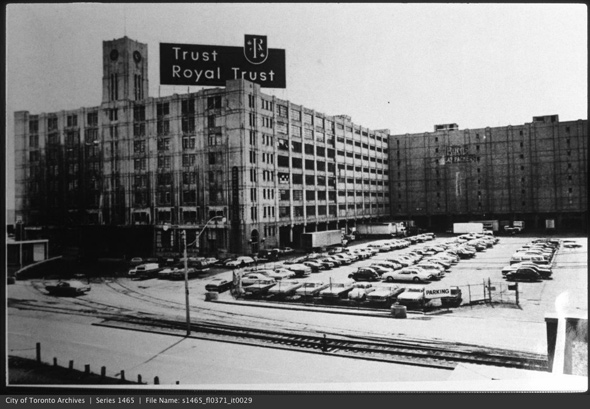 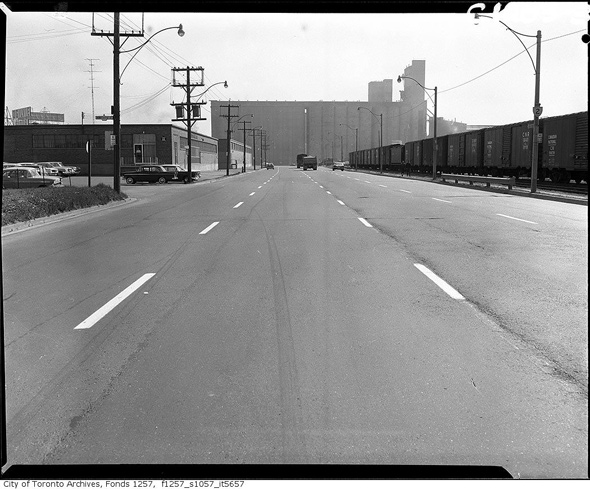 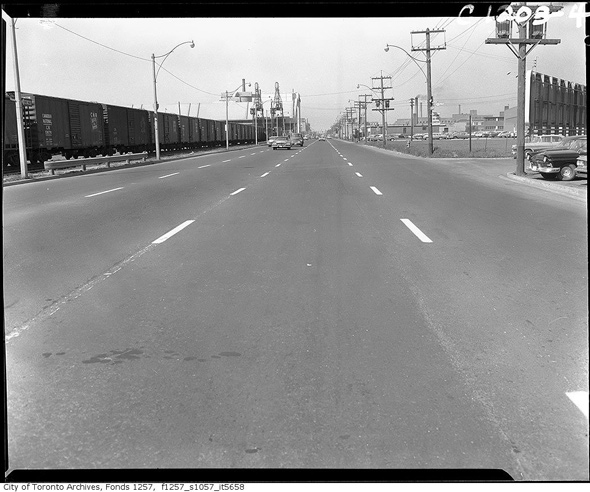 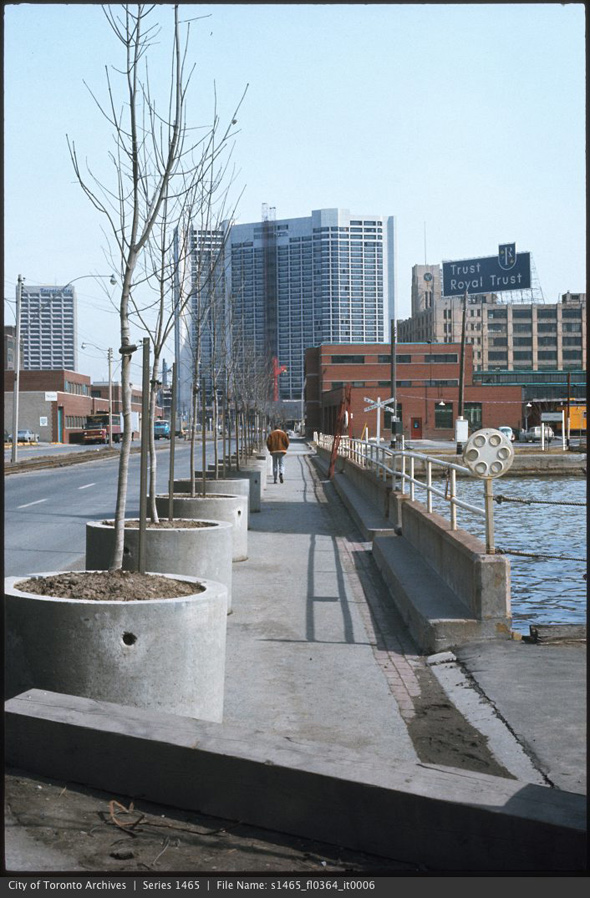 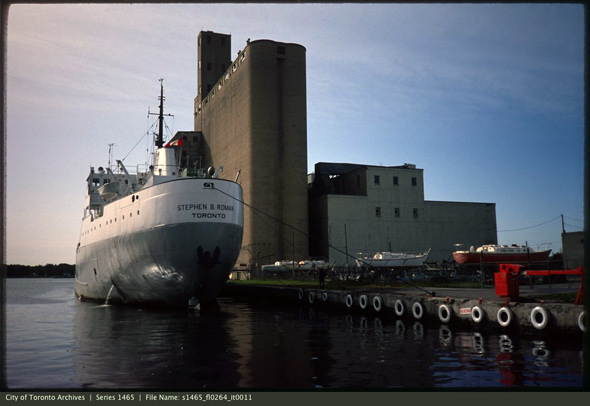 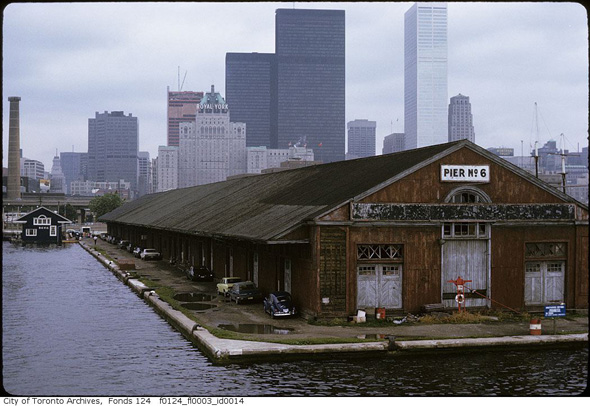 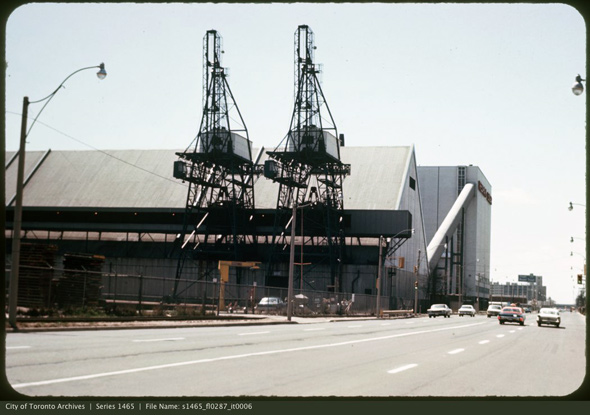 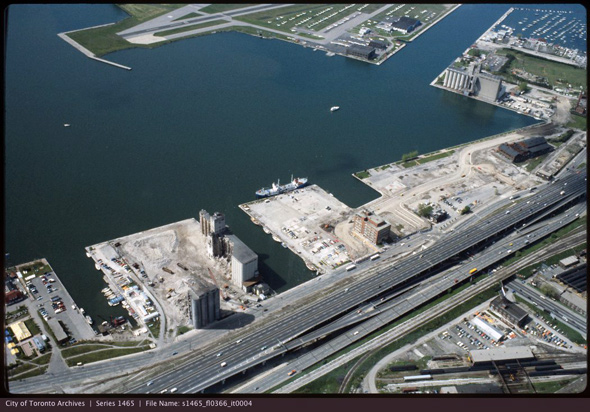 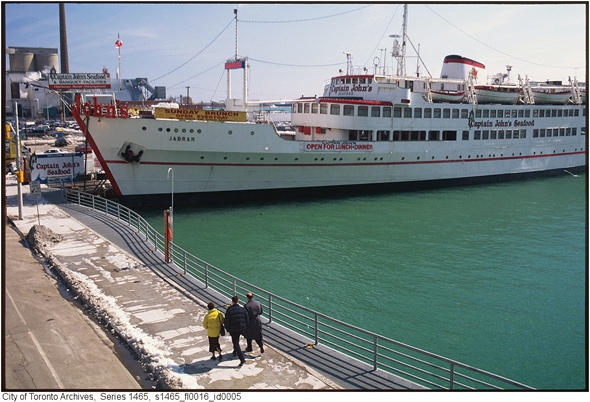 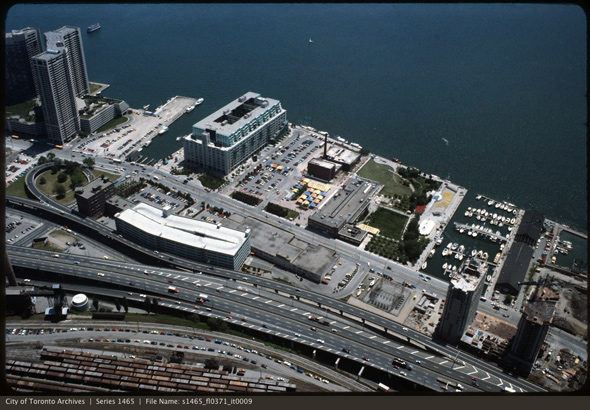 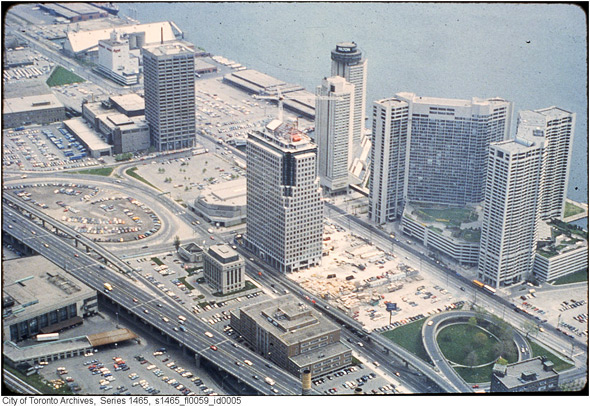 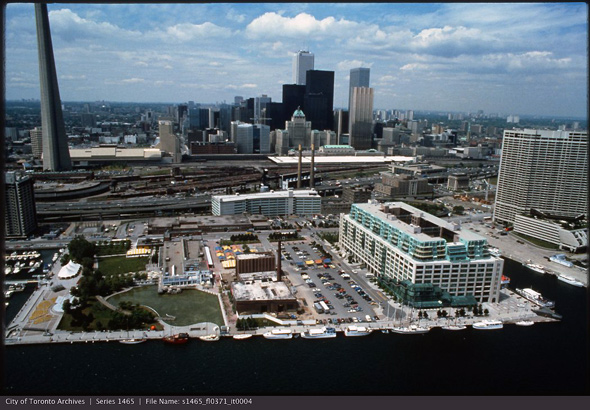 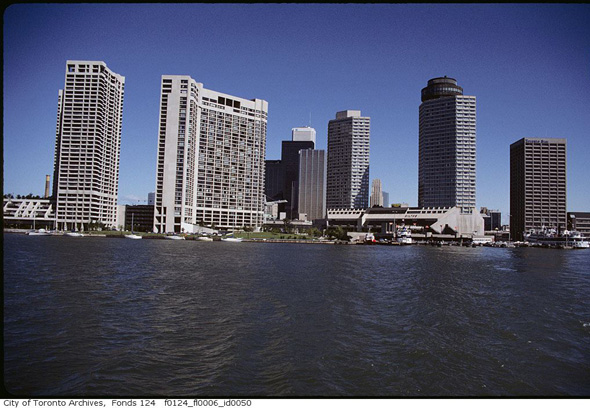