How about Rob Ford as Humpty Dumpty?

Deadboy strikes again. Creator of the the Tweedledum and Tweedledee pieces featuring Rob and Doug Ford (amongst other mayoral parodies), the street artist's latest might be his most apt yet: the mayor as Humpty Dumpty. I know, I know, poking fun of Ford's weight is about as intelligent as it was to kill the vehicle registration fee, but I'm not so sure that's all that going here. While Ford's physical dimensions are surely gestured to in some capacity, the piece is as much a reference to the fall from grace of the nursery rhyme's lyrics as anything else.

Is this proverbial fall a reference to our mayor's approval rating? His stronghold on council? Or maybe his reputation in general after that 911 fiasco? And, more importantly, is there any truth to the notion that there's no reassembling the once powerful politician? 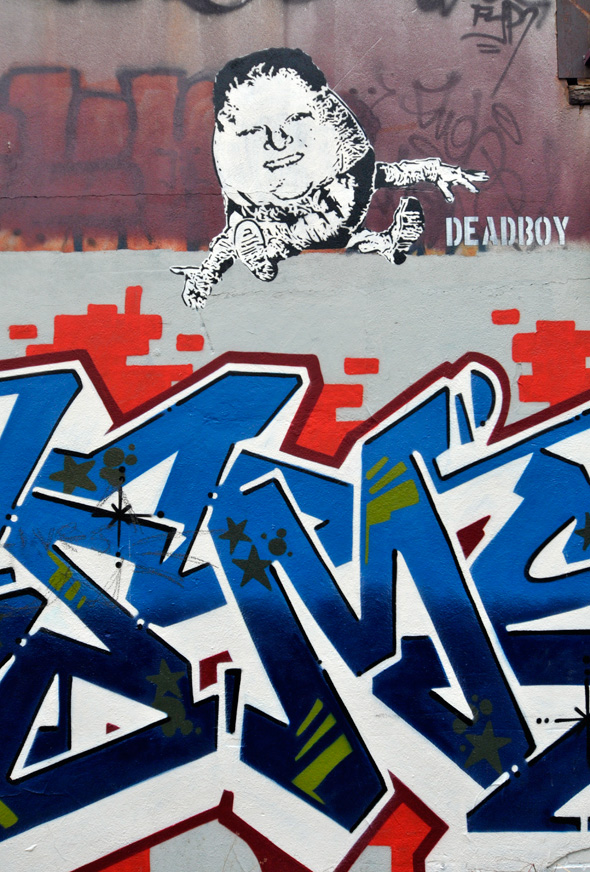 Thanks to Christine Estima for tipping us off about this piece, which is located in Graffiti Alley.