The birth of the Queen Street Subway (no, not that one)

We took a look at the birth of Toronto's grandest bridge yesterday with a series of photos on the birth of the Bloor Viaduct, so today I thought I might do something a little different. While not really comparable when it comes to scale, the construction of the Queen Street Subway â what many of us today would refer to as the Dufferin overpass â in 1884 was itself a significant project that would transform West Queen West and Parkdale. The building of an actual subway line would have been an even greater undertaking, but that's the subject of another post.

With the volume of rail traffic in Toronto at the turn of the century, the level crossing at Queen near Gladstone proved a major inconvenience for residents and businesses in the area. The City thus decided build an overpass for the area, which would allow pedestrian and ultimately vehicular traffic to flow more freely along West Queen West. Little did they know at the time, the overpass itself would lead to what was eventually known as the Dufferin jog, a traffic snarling detour that arose as Dufferin became a major north/south thoroughfare. Roughly 115 years later, the Toronto would finally rectify that problem with the still newish tunnel that eliminated the jog.

This isn't the stuff of grand historical narratives, but the project was important enough at the time to receive significant photographic documentation. The images below are some of the most comprehensive ones we have of a construction project in Toronto prior to the 20th century. For a fascinating then and now look at the area, check out this post on Lost Toronto. 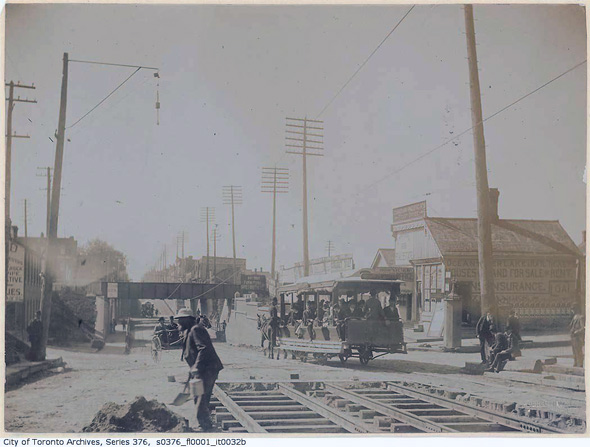 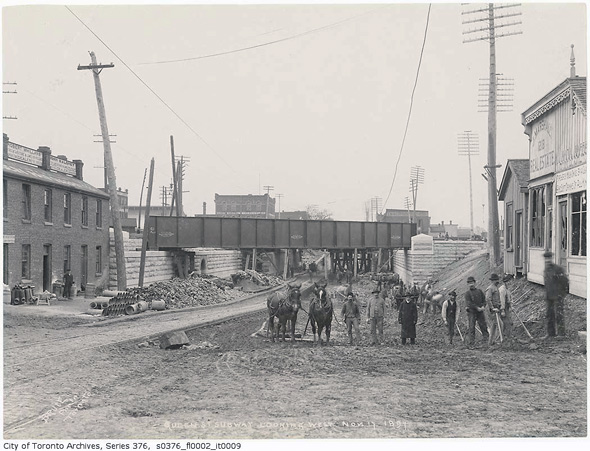 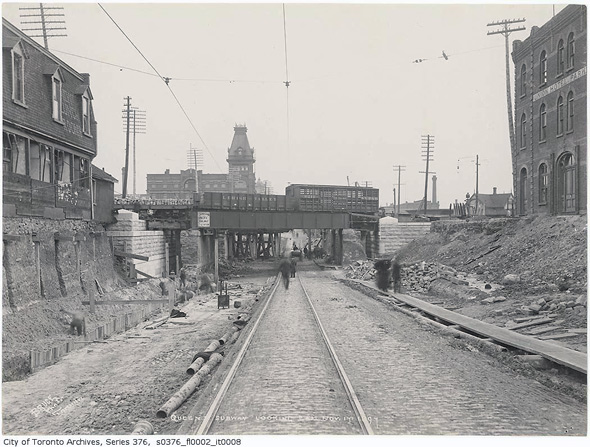 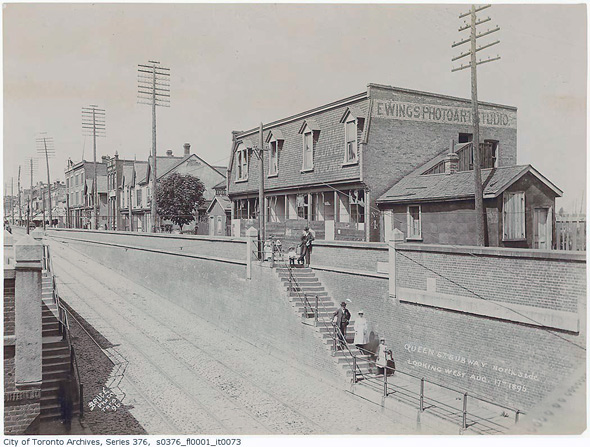 West side (this infrastructure no longer remains) 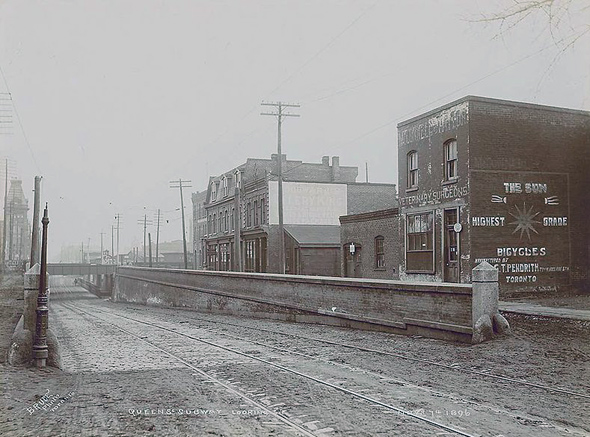 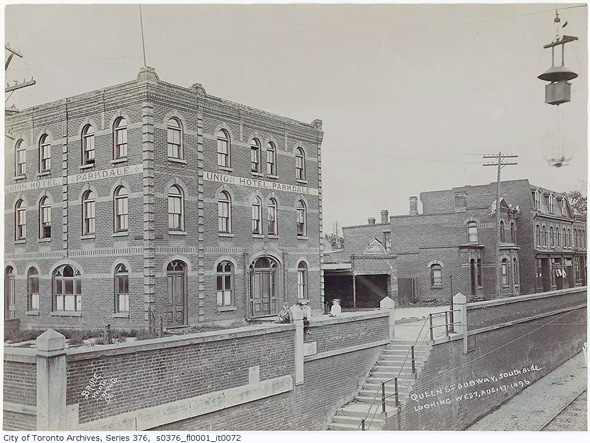 The Union Hotel in Parkdale (no longer in existence) 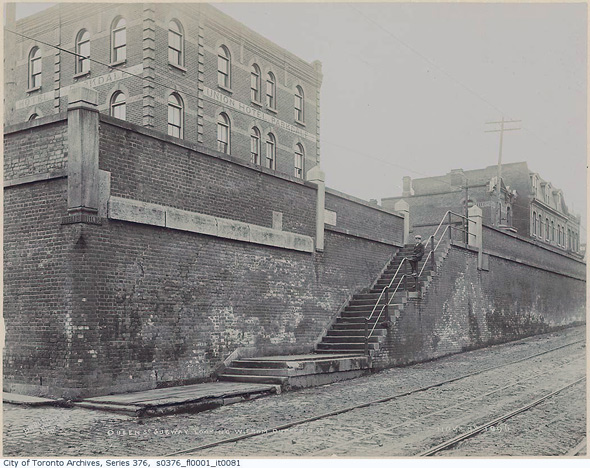 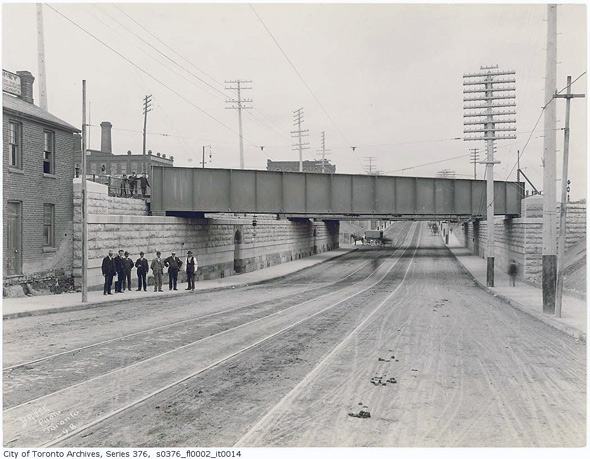