The 2011 edition of Buskerfest in Toronto is set to take place around the St. Lawrence Market from August 25th to 28th. In addition to providing a stage for over 100 street-based acts from around the world, the annual festival raises funds and awareness for Epilepsy Toronto.

A diverse group of performers were on hand for a media preview Wednesday, including Australian act "Flame Oz" who combined hula hoops, flaming chains and a variety of acrobatics to wow the assembled crowd, which was made up of kids from local day camps. Dutch group "Close Act," whose giant wasps buzzed back and forth throughout the crowd, nibbling on the odd photographer or two were eventually beaten back by a group of balloon sword waving children and a smattering of stilt walkers, clowns and other colourful characters. Judging from their short performance, "Flame OZ" will definitely be an act worth catching, especially after the sun goes down.

Buskerfest takes place on Front Street from Jarvis St. to Yonge St. and adjacent side streets on Thursday (12-10pm), Friday (12-11pm), Saturday (11am-11pm) and Sunday (11am-8pm). More info can be found at the festival website. 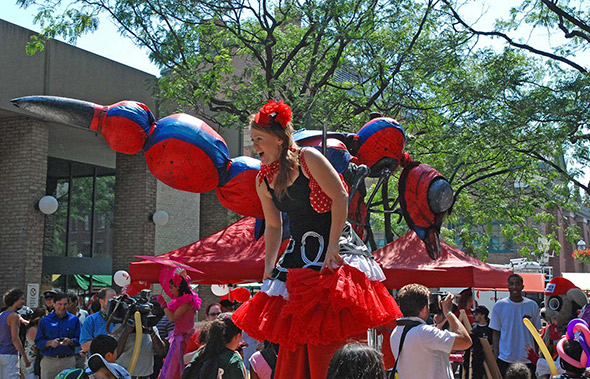 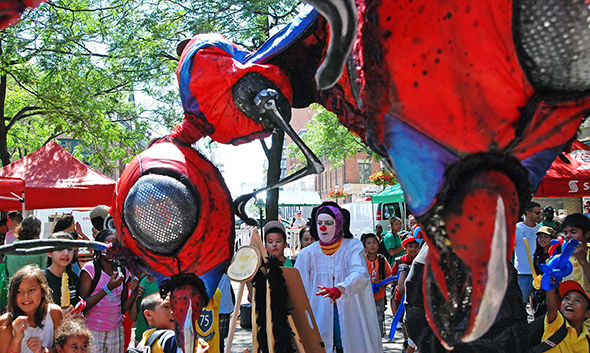 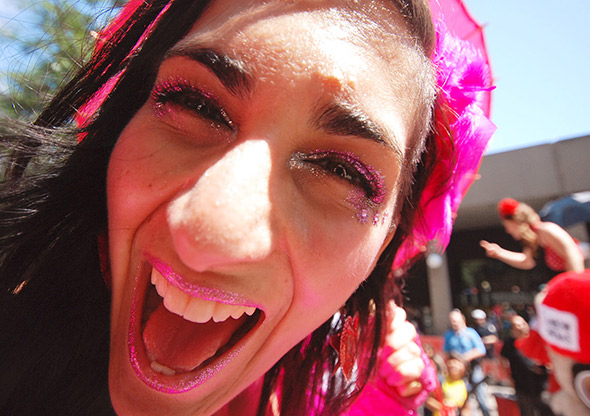 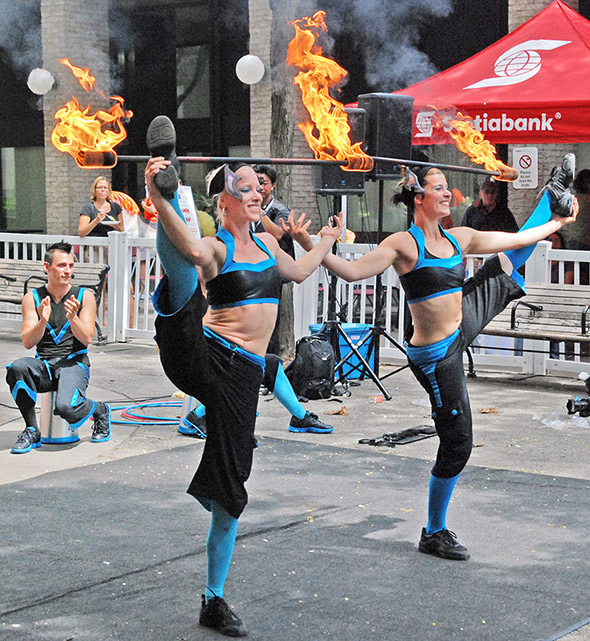 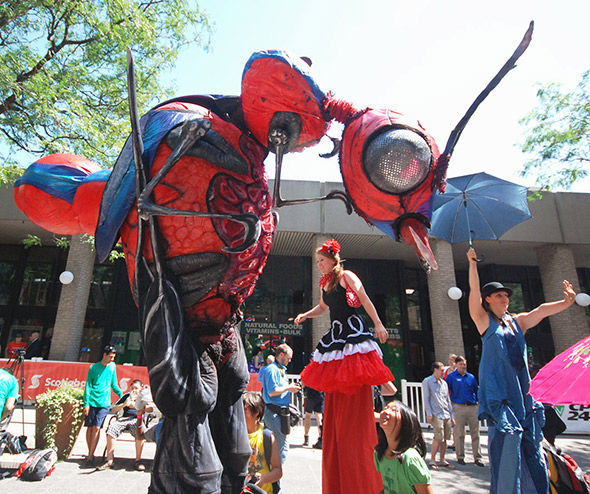 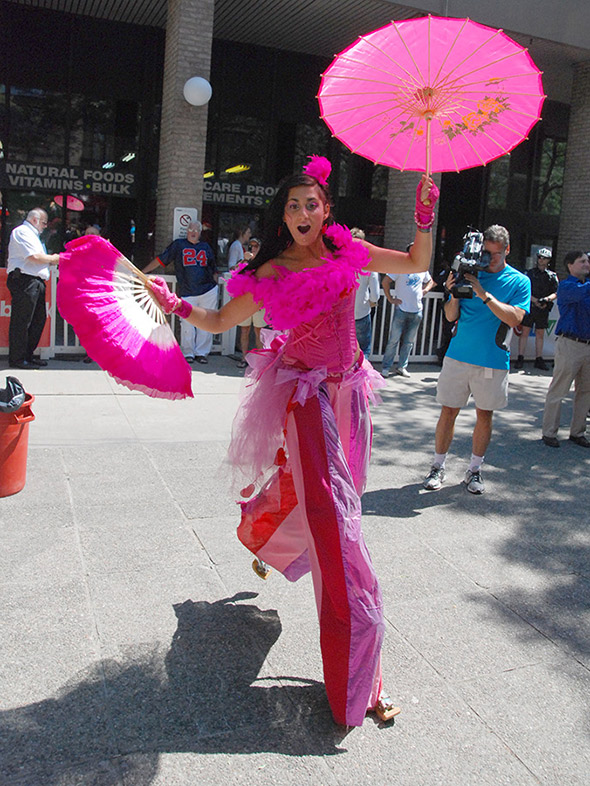 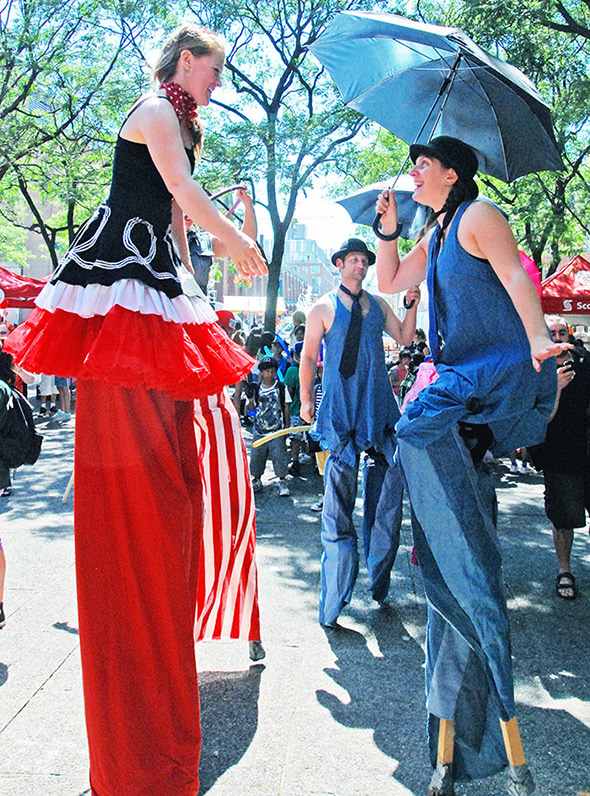 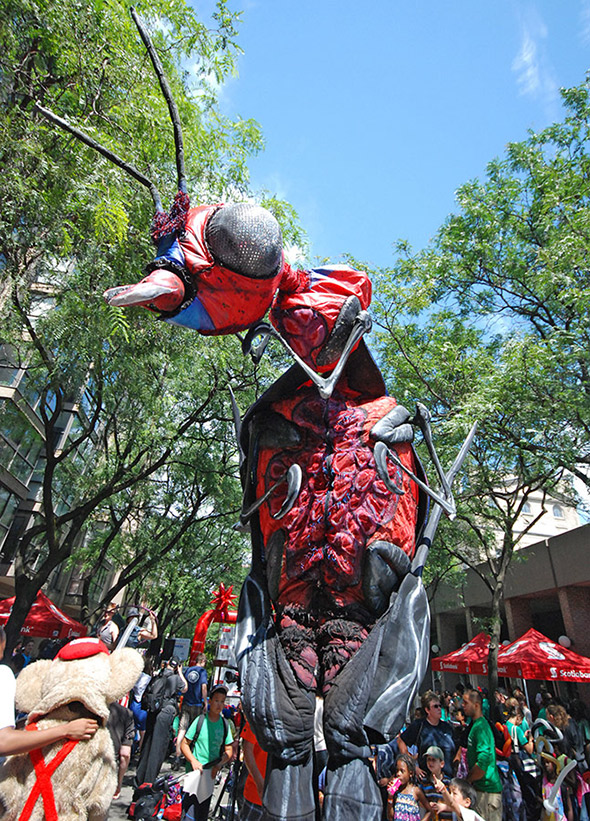 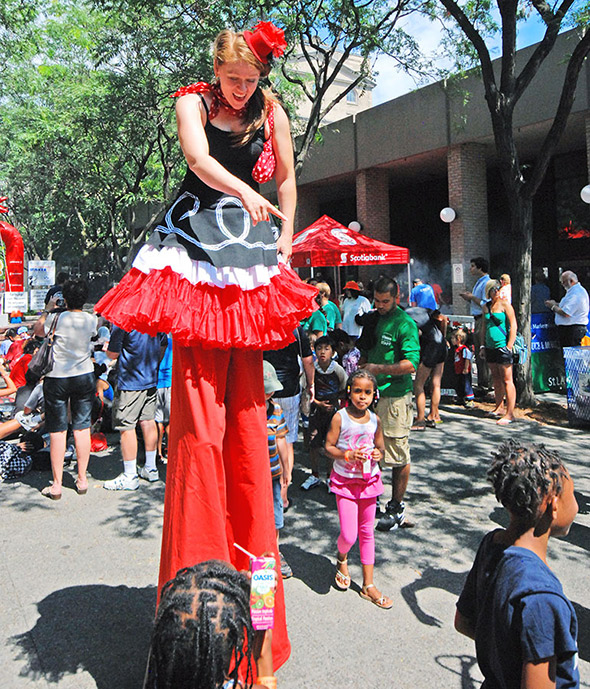 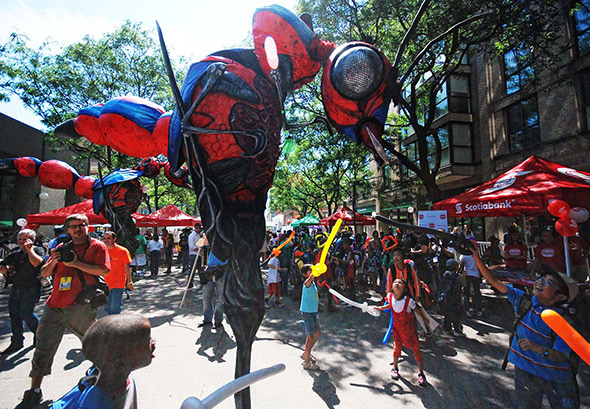 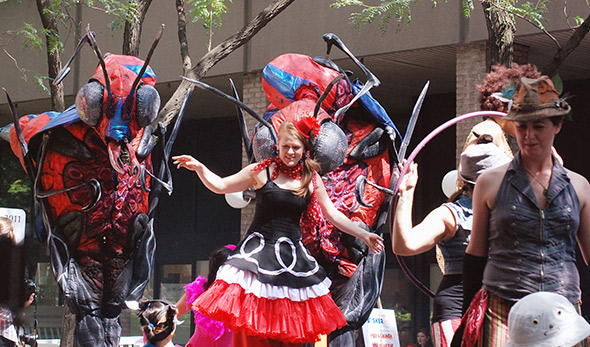 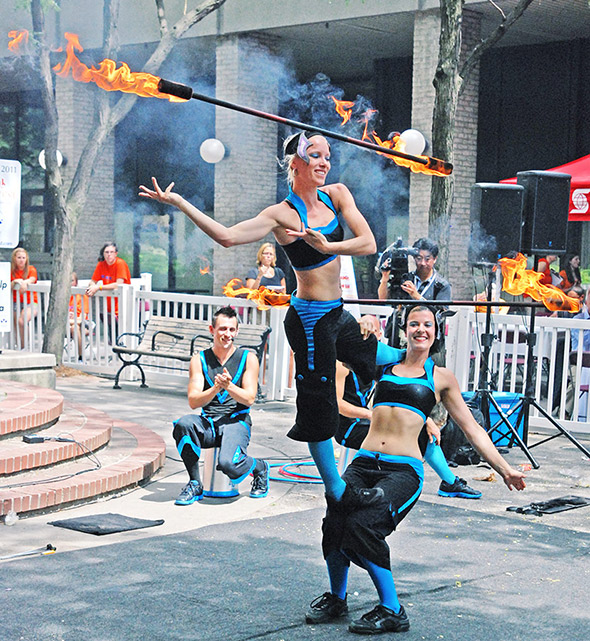