The worst intersections in Toronto

The worst intersections in Toronto will surely vary depending one's mode of transportation. What draws the ire of the driver may not even register for the pedestrian or cyclist and, of course, vice versa. As such, instead of offering just one list of these troubled crossroads, I've chosen to approach the subject from a few different angles. In addition to soliciting feedback from our readers, I've also included Toronto Police's list of Toronto's Top 10 Intersections for Car-Pedestrian Collisions and the list of Serious High Collision Locations compiled by the City of Toronto's Transportation Services, both of which date back to 2008. 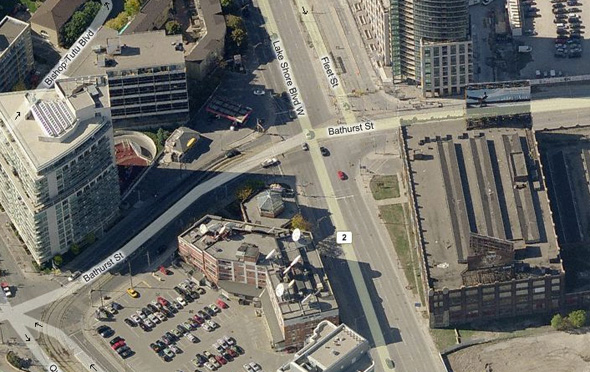 The highest vote getter, this intersection seems to piss off drivers, cyclists and pedestrians in equal measure. Along with the high rate of speed traffic travels along Lake Shore, cyclists must contend with a mess of streetcar tracks, pedestrians have a lots of ground to cover when crossing north/south and drivers often end up in the streetcar lane heading south towards Queen's Quay. Through in brutal waits to make left hand turns and the confusion that is Fleet Street and you've got yourself one frustrating place to navigate. 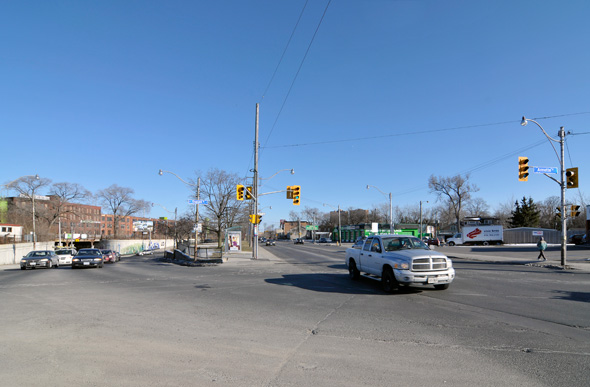 Although drivers might complain about the rush hour waits when Dundas backs up approaching Keele (why do they allow parking until 4 p.m.?), this intersection gets its ranking from cyclists, who cite visibility problems (related to the railway bridge and curved roads) and danger of making left hand turns from basically any direction at this three-pronged intersection. 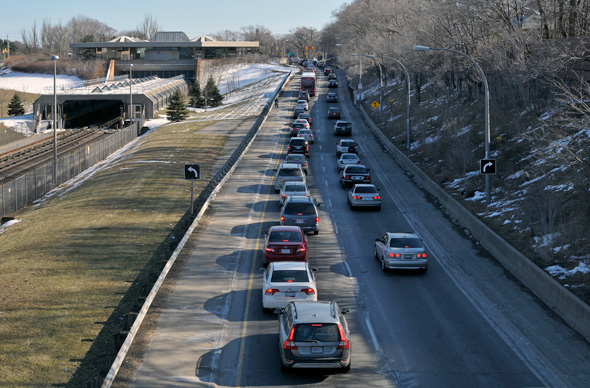 It's not hard to figure out why this one made the list. Traffic is virtually always snarled at the southern terminus of Allen Road, and it doesn't help that sneaky drivers use the right lane to jump spots before darting back to the left at the last minute. But, hey, it could be worse. If the Spadina Expressway came to pass, there wouldn't be an intersection here at all. 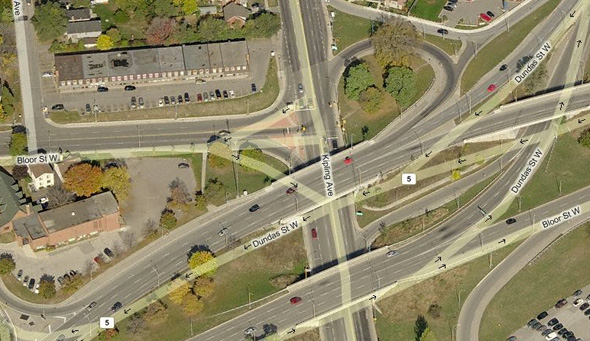 Contrary to how it looks, this is not a series of highway off/on ramps. In fact, the six-points intersection, as it's aptly referred to, is currently up for a major reconfiguration to make it more pedestrian and cyclist friendly. Based on even a passing glance at the aerial photo, it's not hard to tell why. As it currently stands, this might be the example par excellence of how to design an intersection with no thought to non-vehicular users. 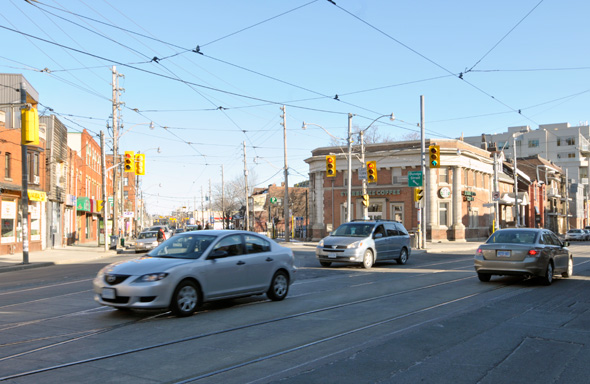 This one might have made the list on account of the construction that's dragged out on Roncesvalles or because cyclists heading southeast have to make a treacherous left hand pass over traffic and the streetcar tracks. To summarize the confusion that some driver's feel, one reader asks "where do I stop?"

When asked about the list above, Mike Brady, manager of traffic safety for Toronto Transportation Services, warns me that the statistical evidence upon which it's based should be taken with a grain of salt. "Whenever you have a collision there are at least three factors at play," he explains. "You have the road environment, the vehicles and the users, but it's impossible to track all these variables with accuracy." As such, the road environment tends to be disproportionately privileged in analytical models when, in fact, user error is the number one cause of accidents. The danger, he says, in putting too much stock in these top 10 lists is that "no attention is given to the other intersections in the city, which might create a false sense of security." Nevertheless, one trend is glaringly obvious: none of the most dangerous intersections above can be found in downtown areas. 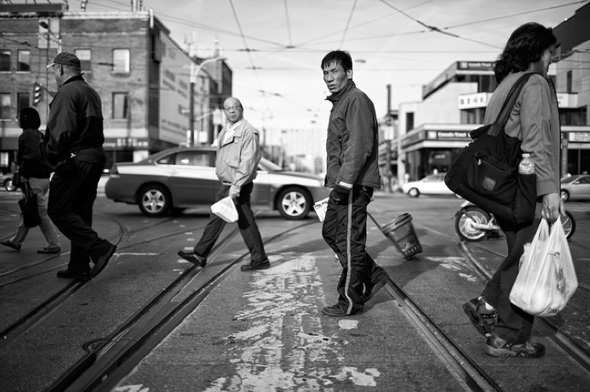 In discussing the pedestrian threat level at Toronto intersections, Dylan Reid, an associate editor at Spacing Magazine and (for now) the co-chair of the Toronto Pedestrian Committee, explains that statistics like the ones cited above tend to reveal the rule that there are "more total injuries at downtown intersections but more serious injuries and deaths in suburban areas on account of the higher speeds involved." So, given that Traffic Services takes into account of the number of vehicles making right turns and total pedestrians crossing with and without the right of way in addition to collisions that resulted in serious injury/death in tabulating their top 10 list, it makes sense that the intersections above are split fairly evenly between those located in or near the core and those in less pedestrian dense areas.

Got an intersection you think is the pits? Let us know in the comments.

Photo of Dundas and Spadina by alisdair jones in the blogTO Flickr pools, aerial shots via Bing Maps, all others by the author.