A vintage diner on Roncesvalles, preserved in dust

Shoppers on Roncesvalles Avenue got a surprise just over a week ago when the cardboard and curtains that had covered the windows of what was once the Ace Restaurant suddenly came down, revealing a classic diner, untouched and unimproved, pickled in its own dust. Work crews have been cleaning the space and gutting the adjacent storefront - once home to Venus Florists - but I was able to get inside for a few pictures late last week. 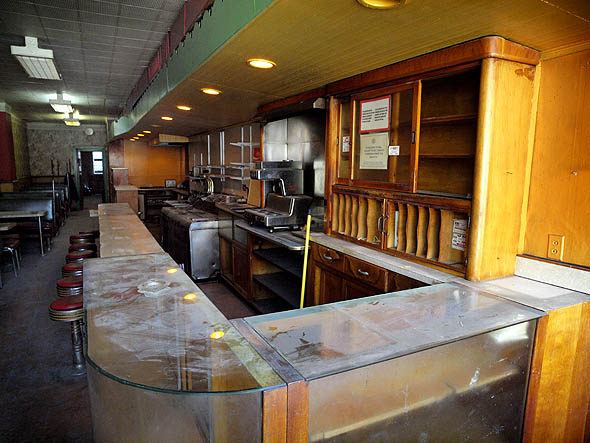 No one is able to agree on just when the Ace, a family-run Chinese restaurant, served its last plate of egg foo young, though locals put it at somewhere between ten and thirty years ago. A set of calendar promotional stickers from Deco Labels (Mayor Rob Ford's family's business) pasted inside the cigarette display shelves end at 1996, and a business card found behind the front counter includes a 10-digit phone number, which began use in the city in 2000. Readers might want to share whatever memories they have of the Ace in the comments. 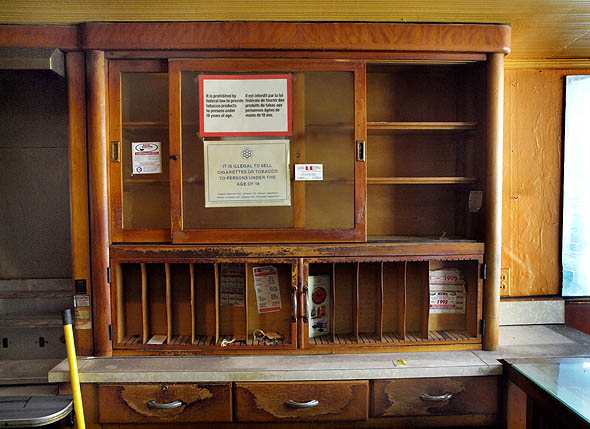 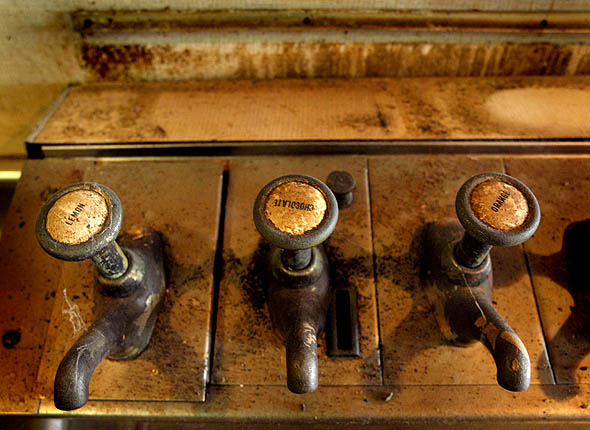 The interior of the Ace is a marvel - dust-coated and fly-specked, to be sure, but amazingly well-preserved, especially since the owners had been using it mostly for storage. According to Arlin Markowitz, sales representative for Cushman & Wakefield, the Ace was mothballed when the family who had run it since the '50s were unable to get a younger generation to take it over, and decided to sit on the two adjacent storefronts near Roncesvalles and Fermanagh Avenue until they got the price they wanted. It was put on the market as part of an estate sale a few months ago, and was bought by the new owner on May 3rd. 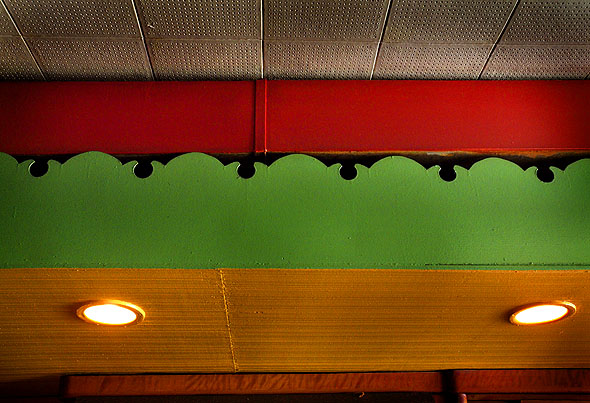 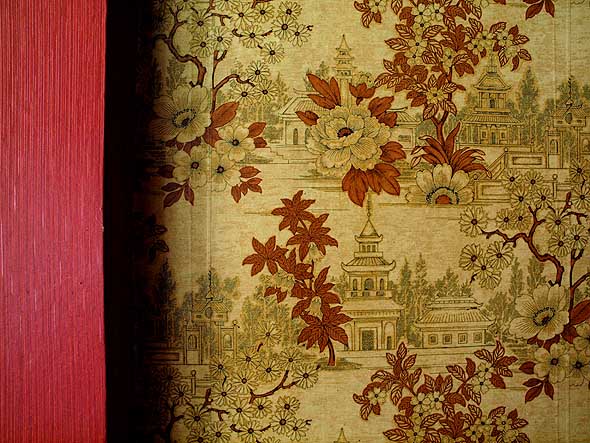 The Ace obviously began life as a classic diner, complete with red naugahyde booths and a curved lunch counter hugging a soda fountain and cash area with display shelves for cigars and cigarettes. A Chinese theme was thinly veneered on decades ago, complete with pagoda-adorned wallpaper and the classic red-and-green Chinese eatery colours, accented with green sculpted wooden trim covering up a ventilation duct over the counter. Everything remains, though it's unlikely that the stove and fridges are up to code, if they work at all. 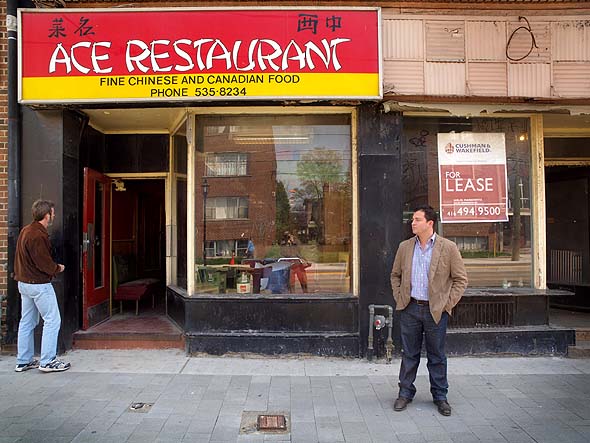 The owners and leasing agents are eager to find a tenant who'll preserved the diner details, perhaps even the wallpaper, and are offering the option of leasing one or both storefronts, at $3500 a month for the Ace space, or $7000 for both. Markowitz says that most of the interest so far has been from locals eyeing a new cafe or restaurant space, though he's hoping to attract owners of eateries on Ossington or West Queen West looking to expand. 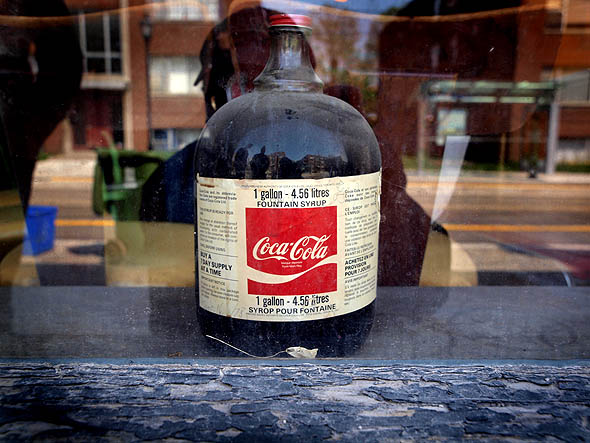 Marks on the wall at each booth show where jukebox controllers had been removed before the sale, and one of the two bottles of vintage Coke syrup found inside the Ace have gone missing. The soda fountain and a set of chairs in the window are among the sorts of gems pickers and antique dealers would be happy to take away, but Markowitz and the owner want to keep what's left intact for whoever has the urge - and the deep pockets - necessary to bring the Ace back to life.