The history of Alexandra Park in Toronto

Alexandra Park, a mixed-income Toronto neighbourhood bounded by Dundas Street, Spadina Avenue, Queen Street West, and Bathurst Street is about to be transformed by a major revitalization effort that includes the construction of the MRKT Condos.

The story of the neighbourhood is somewhat similar to Regent Park, and was a result of the postwar urban renewal movement, which over the long term, proved to be a misguided attempt in the revitalization of the inner core of the city.

The neighbourhood was once the site of The Hall, built in 1855, located at what is now the southwest corner of Dundas West and Bathurst. It was the estate of Casimir Gzowski (1813-1898), a Polish engineer and a prominent business figure.

The Hall was demolished along with other older houses when the construction of Alexandra Park began.

By the 1920s and '30s, the vicinity was populated by working-class Polish and Ukrainian immigrants. 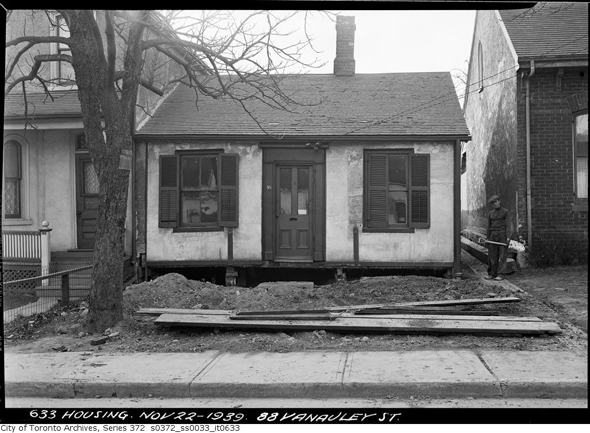 A house in the area now known as Alexandra Park in 1939.

John Sewell, in The Shape of the City: Toronto Struggles with Modern Planning, writes that in 1958, the city council approved a plan for what they perceived as a social and physical improvement of the area.

This involved a demolition of the existing buildings southwest of Dundas West and Spadina, numbering about 200 houses, which occupied nine acres of land. 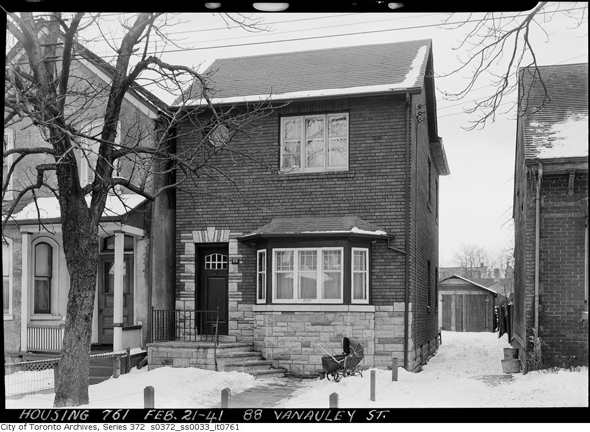 However, the necessary funding for this grand scheme, similar to what happened just twenty years later in Regent Park North, and more recently, in Moss Park, was lacking.

This delay allowed for some scrutiny and criticism, as well as for voicing of opposition and even resentment from the residents.

One of them, Meg Richardson, who had chosen to buy a house in the city rather than in the flowering suburbs, wrote a letter to The Globe and Mail, stating, "It makes my blood boil slightly every time I pick up a paper to see that somebody thinks she'll just waltz in here with her bulldozer and blow my whole little system to the smithereens." 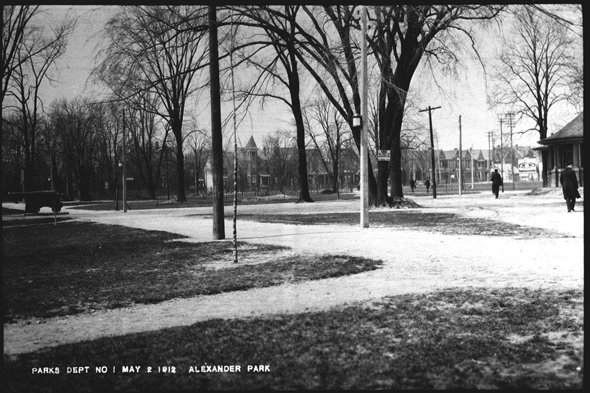 Unfortunately, voices like this one fell on the deaf ears of the council, whose only concern was the numbers of units that were seen as potential candidates for either rehabilitation or redevelopment.

Although this debate lasted several years, in 1964, the council made the final decision that 16 acres were to be cleared on which 534 units would be constructed, and 150 units would be renovated. 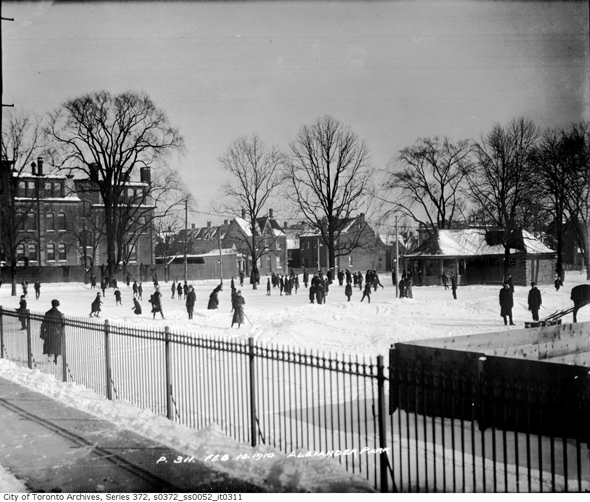 The neighbourhood during wintertime in 1910.

The project was designed by Jerome Markson. Sewell compares his architectural plan to a more elaborate replica of Regent Park South.

It seems to be typical of the same urban renewal formula applied there: the existing street system was scrapped and replaced with swaths of green space and the units were constructed without any relation to the street. 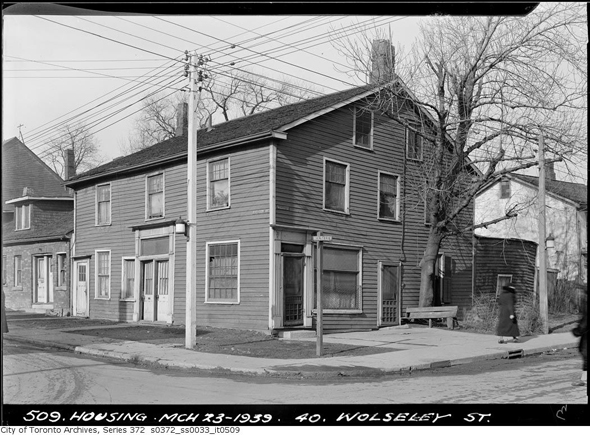 The plan was also characterized by its unclear combination of open space with the space controlled by the tenant, resulting in the feeling that stepping outside the front door entailed being in a type of a no-man's land.

Some walkways were located right in front of kitchen and living-room windows, whose very nature of design was potentially invasive to the privacy of the tenants. 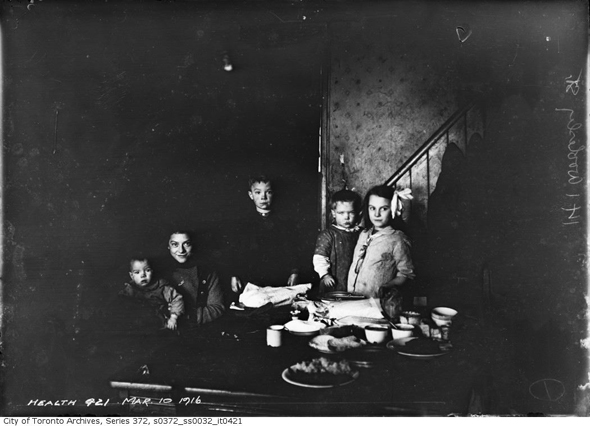 By 1965, the construction of the housing project was underway, consisting mostly of low-rise residential structures. It progressed slowly, as a year later only twelve were constructed and it would not be completed until 1968. 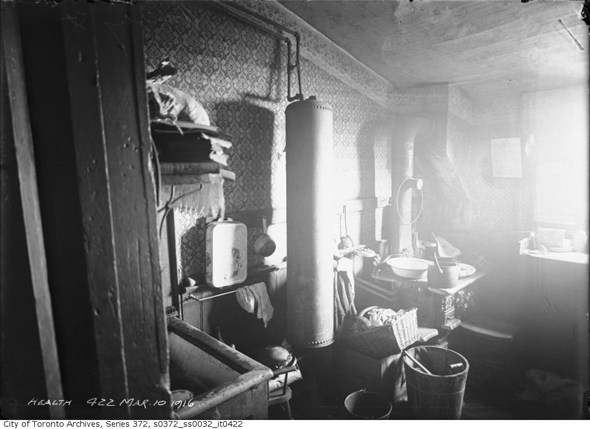 According to Converting a Public Housing Project into a Tenant-Managed Housing Co-operative: A Canadian Case Study, like other housing projects, Alexandra Park eventually declined.

During the 1980s, the area suffered a range of social problems, including violence, prostitution, and drug activity.

The efforts to combat these issues on the part of the government were inadequate, and the local Residents' Association was never consulted on these matters.

In addition, residents experienced long delays with their maintenance requests, stemming from the gradual aging of their units. In response, they started to organize with the aim of increasing their role in the management of their community.

As a result, the project was converted to Atkinson Housing Co-operative between 1992 and 2003. This is the first type of such conversion in Canada, which also resulted in the establishment of a new model of housing. 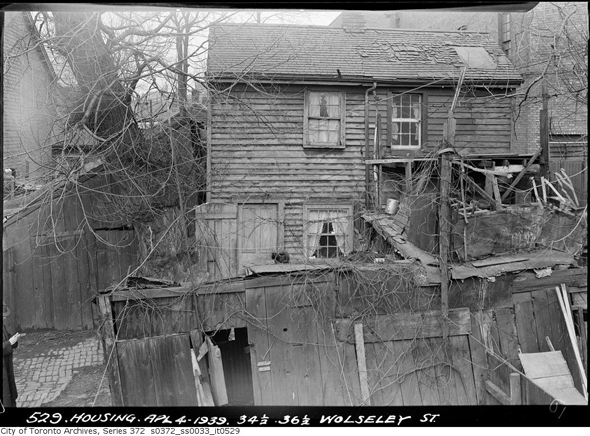 In 2008, Toronto Community Housing, partnered with United Strategies Inc., started to hold discussions with the tenants about a possible revitalization of the neighbourhood.

The revitalization plan was approved in 2013. Construction of the MRKT condos is expected to be completed by 2024.

Fareen Karim. Additional images by the City of Toronto Archives and Wikimedia Commons.