Toronto's so-called "cultural renaissance" brought many changes to the city, including renovated facilities at the ROM and the AGO, and a new opera house. But there is one last major cultural facility still on the horizon. After nearly ten years of planning and delays, the construction of the Aga Khan Museum and Ismaili Centre has finally begun on a site at Wynford and Eglinton.

There was some initial resistance to the development. The announcement of plans for an 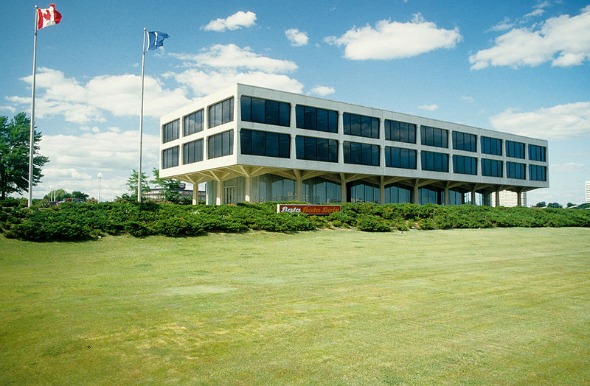 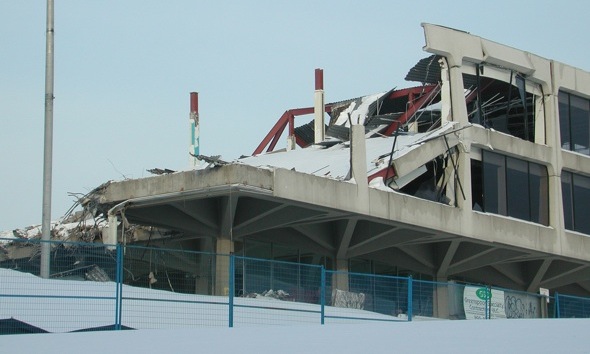 was made in 2002 after the Aga Khan Foundation failed to source a site in London. The site at Wynford and Eglinton was chosen and plans began to take shape. But the site the foundation selected had the historically significant 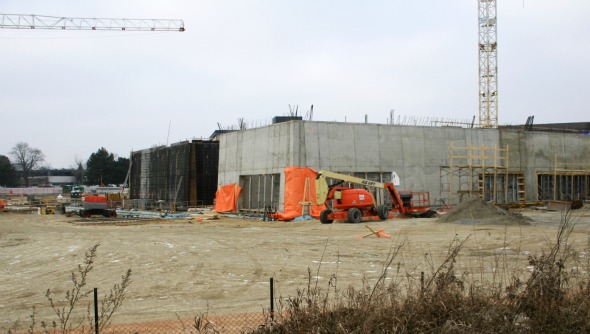 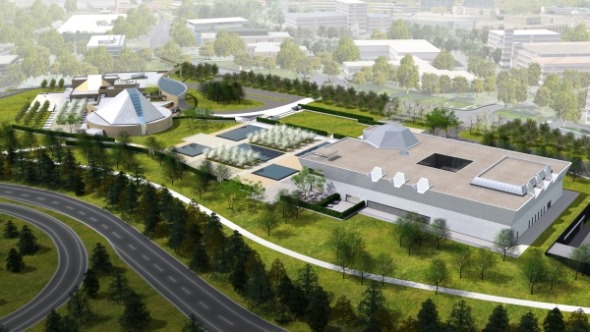 sitting on it, and their plans required the demolition of the existing building. 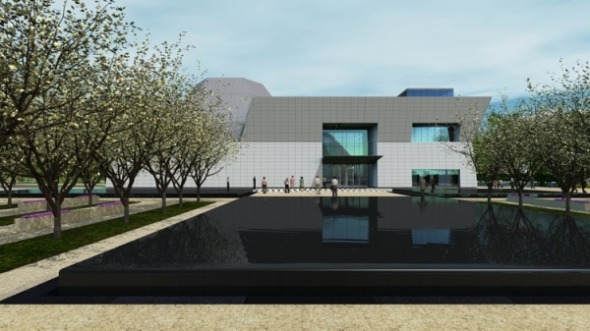 The Bata building had been built by the firm of John B. Parkin and Associates. This firm had built, or co-built, many of the architecturally significant concrete structures in Toronto in the 1960s and 1970s, and the building in question was one of their major achievements. But in 2007, after intense debate and with the assent of city council, Toronto said farewell to the Bata headquarters.Its destruction was completed in 2007, but the site sat unused and undeveloped for three more years. While the Aga Khan is an established figure in international relations, his foundation's connection to Toronto is tenuous. There was concern that the long-gestating Museum would remain so for many more years, or that it would simply move to another city. The destruction of the Bata building might have come to nothing.Fortunately, the situation changed in March. The Aga Khan and Prime Minister Stephen Harper came to Toronto to participate in the foundation ceremony for the site. Since then, the site has been busy with construction workers, and already the forms for most of the major buildings can be seen.The Aga Khan Museum will be a major museum of Islamic art and artifacts, covering nearly 1,000 years of history. The Museum will regularly show about 200, but the collection - part of the Aga Khan's and his royal family's private collections - has upwards of 800. The museum will consist of a building designed by Pritzker Prize-winning (the Nobel of architecture) Japanese architect Fumihiko Maki. It will be joined on the site with an Ismaili Centre designed by the noted Indian architect Charles Correa. The grounds will be landscaped by Lebanese architect Vladimir Djurovic. Even discounting the artifacts from the museum's collection, the site's architecture will be a significant addition to the city. All of the construction is expected to be completed by 2013.To see more renderings and models, as well as some of the museum's artifacts, there is currently an exhibition at the Ontario Science Centre (across the street from the Museum's future site) until January 12, 2011. It may have taken nearly a decade, but barring further surprises, Toronto's newest cultural landmark is on its way.