Sunday Supplement: The strange case of the lost middle class, iPad madness, and is Rob Ford your enemy?

Rob Ford was a big winner this week, though the first public art exhibit devoted to the new mayor revealed a certain ambivalence. Meanwhile, Maple Sports and Entertainment has too much money, and the residents of 200 Wellesley are looking to make a little bank themselves. Here's the week in review.

"It's a great day for the taxpayers of Toronto. We just put $64-million back in their pockets. They can do what they want. They can go out and spend it, create jobs and stimulate the economy or they can save it." - Mayor Rob Ford on the elimination of the vehicle registration fee. Now what about that budget shortfall?

"We're just going to try to sway people with facts. To me, this is not dollars and cents. It's smoke and mirrors.... Where is the money coming from? You can't do what (Ford) is doing without cuts. And that's what I'm focusing on. I'm going to be vigilant about service cuts." - Councillor Pam McConnell asks a similar question to the one above.

"MAYOR FORD IS NOT MY ENEMY." - Gregory Alan Eliott offers a positive message about the city's new leader, but an anonymous resident modifies the meaning by brushing away the "not." Quite the visual metonym the current state of this city.

"The reality is that the industrial engineering would make it perfect for a hockey rink. It's cheaper to reuse it than to demolish. We wouldn't have to build an $80-million rink. It's the smartest thing to do. We have $34-million (from Ottawa) that has to be spent on the waterfront on a sports facility, and we have to do it soon." - Councillor Adam Vaughan on the future of the Hearn Generating Station.

"I get sweaty.... In my mind I still don't see how it all works. All that weight floating through the air. Just doesn't sound right." - Toronto Maple Leaf Tyler Bozak explains his fear of flying. 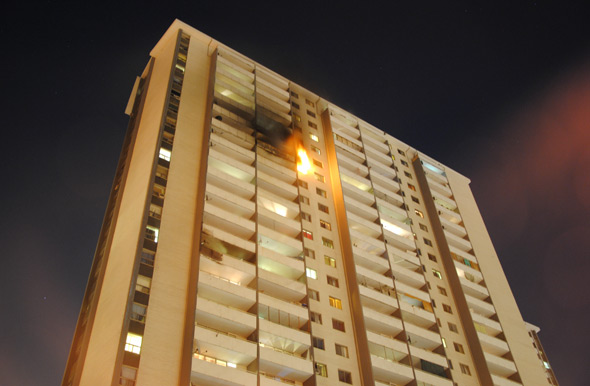 12 - The number of weeks before construction is expected to be fully complete on Roncesvalles.

$80-million - The amount of a lawsuit filed by 200 Wellesley resident, Jo-Anne Blair, against Toronto Community Housing and Greenwin Property Management.

39-6 - The breakdown of the vote on eliminating the vehicle registration tax.

40 - The number of iPads MLSE-owned restaurant E11even uses to display its wine list.

$21,960 - Those numbers multiplied. So why are the Leafs under the salary cap? 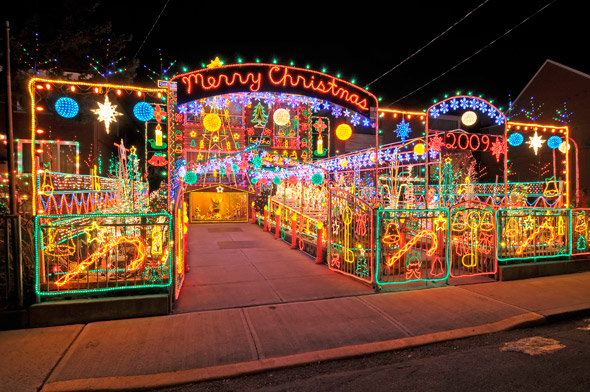 I'm working on a 2010 version of an over-the-top Christmas lights post, but here's a look at last year's so we can do a little comparison and contrast: Crazy (but Sometimes Beautiful) Christmas and Holiday Lights in Toronto.