Despite a struggling economy and an unemployment rate that remains high, yesterday marked the ceremonial topping off of one the city's newest commercial office buildings, PwC (PricewaterhouseCooper) Tower. It also marked the groundbreaking for yet another commercial office tower, and the development of a new Delta hotel. While any construction is positive, the question remains: how can building new office towers be possible in this economy?

The building is part of what's being called Southcore Financial Centre, which will be comprised of PwC, Bremner Tower, another office tower, and the new Delta Toronto. Built by British Columbia Investment Management Corporation (bcIMC), this complex was originally limited to the PwC Tower, but the building's success - it is 80% leased - has encouraged bcIMC to press on. 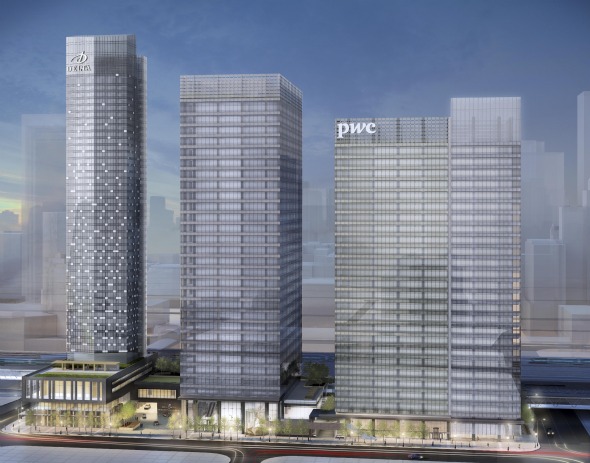 Like almost every major new commercial office facility, it has an array of sustainable or energy efficient elements. There are storage tanks to hold excess lake water from the Enwave Deep Lake Water Cooling facilities to cool the building, sensor-controlled window blinds, and escalators that switch off when no one is riding them. The building will also feature 140 bicycle parking spaces (which can be expanded if demand exceeds space) and 18 showers - nine each for men and women - as well as lockers and change rooms. And, needless to say, it will have a great view. 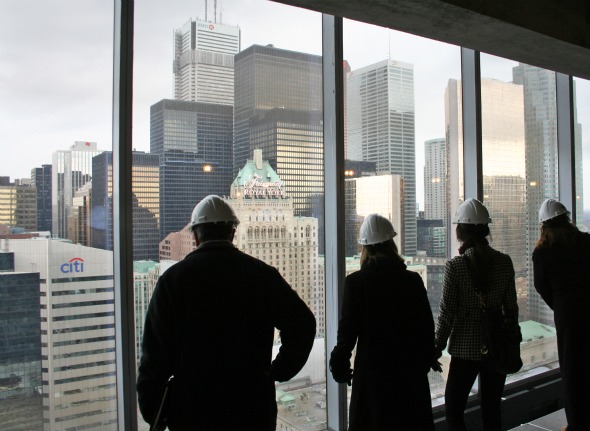 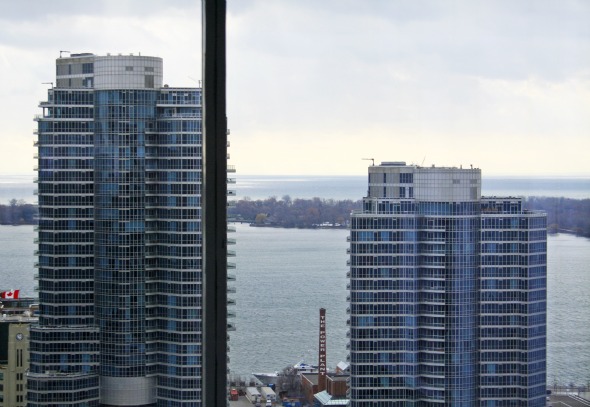 The PwC Tower will also have a 12,000 square foot "urban forest" on the third floor of the podium. The urban forest facilities at PwC Tower will only be accessible by PwC employees, but the owners plan to continue the forest onto the adjoining new office tower and the Delta Hotel, though there is still no guarantee as of yet that any part of the urban forest will be accessible to the public. The urban forest will feature its own irrigation system and transplanted 20-24 foot deciduous trees. It is hoped that all of these features will help the building achieve LEED Gold status. (Right now, it's still a bare concrete area.) 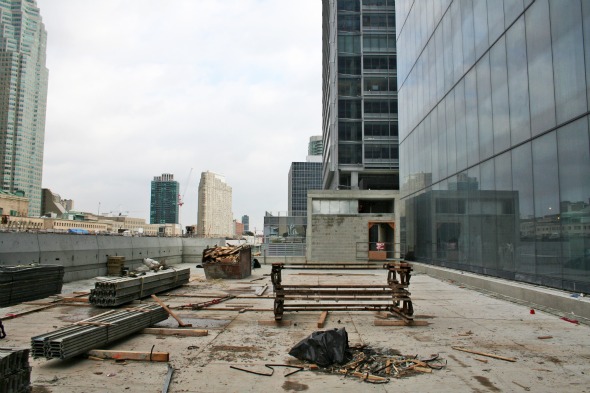 The three buildings will also have a lot of connections that will link up to the PATH. The owners are currently building an elevated pedestrian bridge between the PwC Tower and the Telus building. This connection will also run along the Southcore Financial buildings, eventually ending at the Delta Hotel. From there, the Delta Hotel will be connected to the Metro Toronto Convention Centre. Retail will run along the length of this connection, and it will be fully publicly accessible. 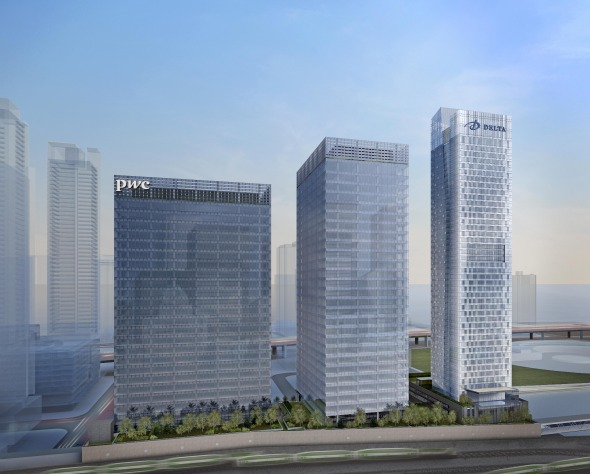 These features - as well as the building's proximity to Union Station - are what have made the building so popular. It is in good company. Although there have been several new commercial office towers finished in the last few years, Avison Young reports that they are 90% leased. These spaces are all Class A - the highest grade of office space, and the most prestigious. While there may not be much hiring going on, some companies are using the relatively cheap rental prices to upgrade and consolidate facilities. PwC, for example, is bringing together two separate offices into the PwC Tower. 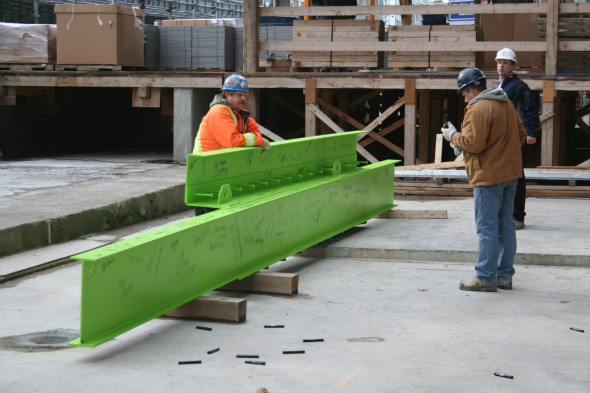 Nevertheless, the risk for this project remains. As the speakers at the ceremonial topping off (with a bright green girder!) mentioned, the initial idea to build below Front Street seemed "crazy." Now that the buildings are being put up, and the benefit of being closely connected to Union Station, the Metro Toronto Convention Centre and many of the downtown's other amenities is apparent, it seems strange that this wasn't done before. But the optimism that is encouraging the construction of the new office tower - it has no secured tenants, and will be built on spec - could be misplaced in this shaky economic environment. 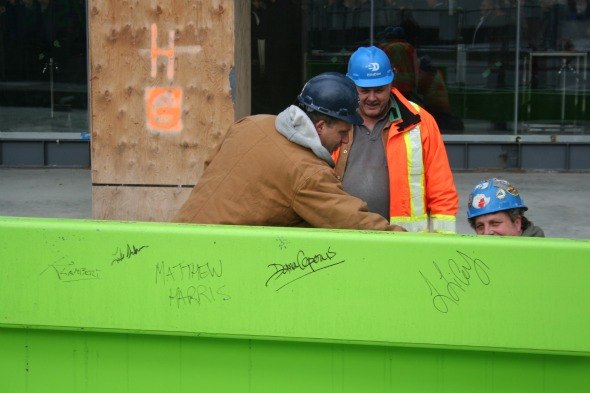 All photos by Matthew Harris. Renderings from bcIMC.