Sunday Supplement usually rounds up the week's most important, amusing and link-worthy news stories, but this week is devoted to Toronto's all night art-fest, Nuit Blanche.

Last Nuit Blanche before future Mayor Rob Ford moves it to a daytime event in a Beer Store parking lot on the Queensway #snbTO (via @chris_wardman).

As #snbTO comes to close congrats to all the artists organizers & attendees (who weren't drunk high or stupid). @danlanois was #1 (via @mhp).

Just got sexually harassed in the ROM. Only tonight are there drunk twenty somethings in a museum. #snbTO (via @Scaachi).

To the douche with the hipster fur lined leather jacket @thegladstone air it out after you overpay at the thrift shop mothballs=yuk #snbto (via @craz11).

Just saw guys playing streetfighter using a set of drums and a piano. Fucking blew my mind. #snbto (via @iamunr). 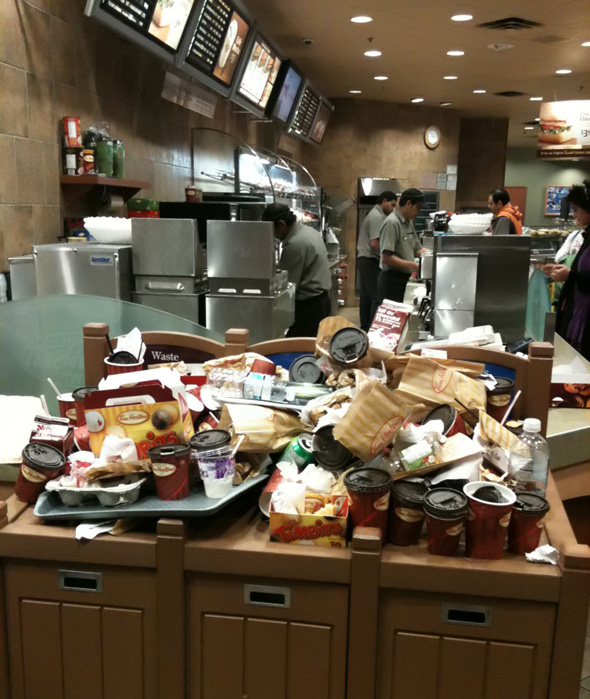 Nearly 2000 - The number of artists who've shown at Nuit Blanche since its inception.

"E-TOWER invites you to collaborate with the entire city and interact with the lights on the CN Tower. By texting "energy" and your comments to 667242, you can help to increase the energy of the lights on the tower. The more energy the tower gets, the faster and brighter the lights will get, and the faster the colours will change. The tower then becomes a reflection of the city's energy."

Lead photo of Zone C by Derek Flack, courtesy of the City of Toronto.