Friday's blaze at 200 Wellesley Street in St. James Town has left as many as 1200 residents without access to their homes over the weekend as the Toronto Fire Department attempts to determine the cause of the fire and assess the damage to the building. A seven alarm blaze at one point, approximately 120 firefighters and 27 trucks were sent to the scene.

As residents are tended to at the Wellesley Community Centre, the full extent of the damage is yet to be known. Although no fatalities have been reported, at least 14 residents were sent to hospital with injuries (three of which are believed to be serious) and numerous pets in the building remain missing.

For a look at how the fire unfolded on Friday and into Saturday morning, here's our original post. Below is a series of photos of the blaze taken by citizens throughout the night. As the immediate fate of the residents becomes clear, we'll provide an update on their situation.

From Shane Parent, who was on the scene with blogTO writer Tomasz Bugajski. 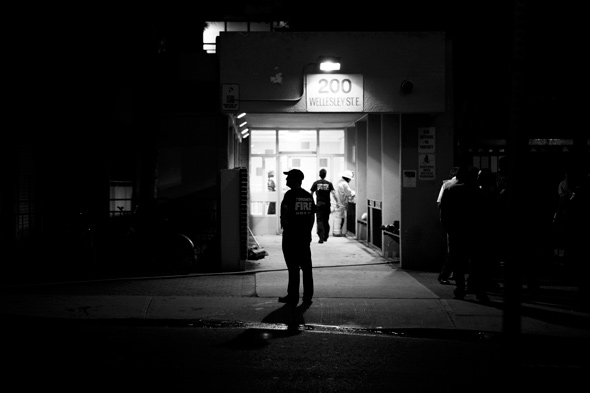 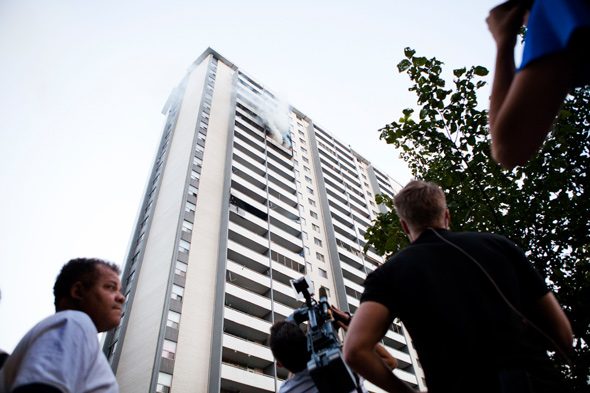 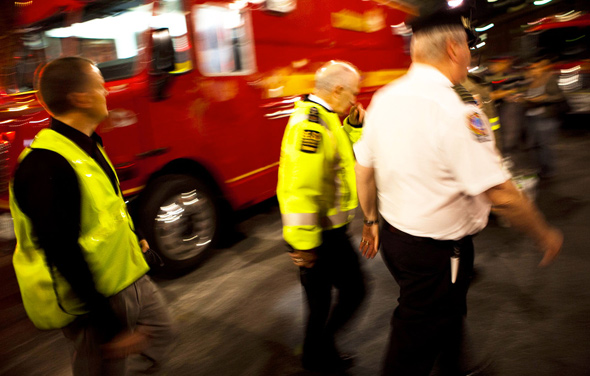 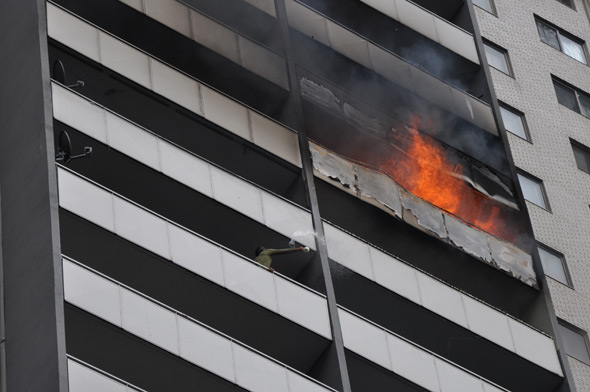 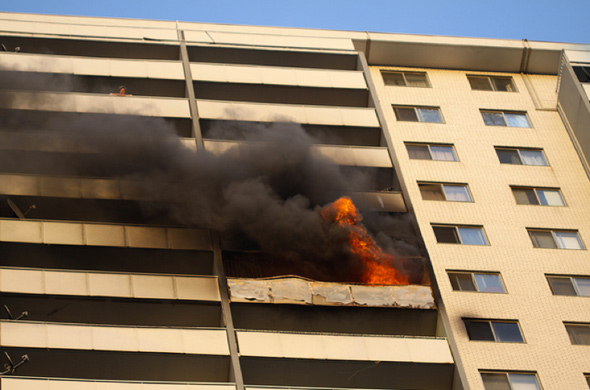 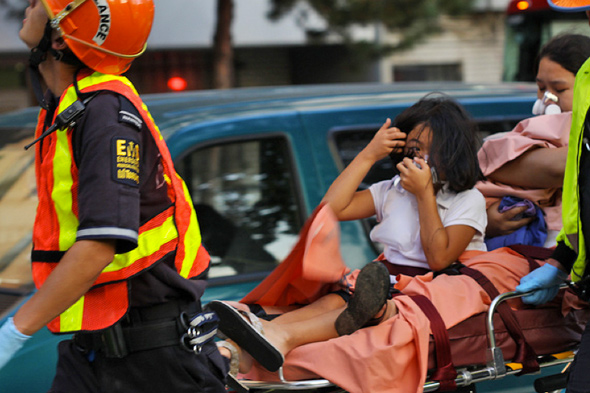 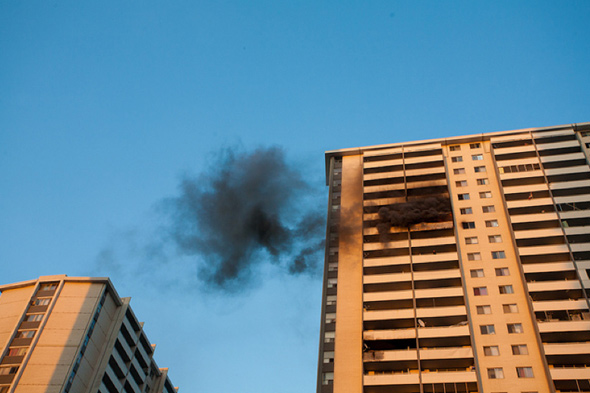 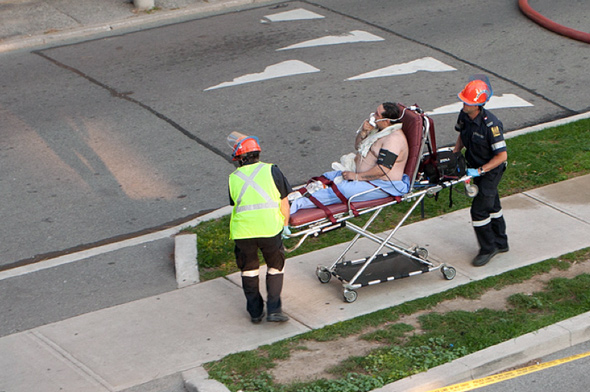 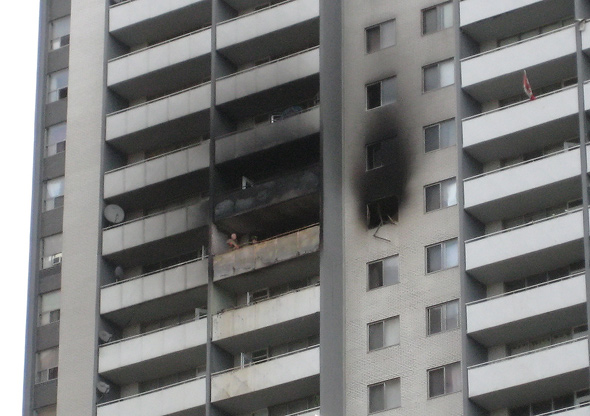