Not that it was a surprise, but clubland impresario Charles Khabouth finally took the wraps off his Bisha boutique hotel and condo project last week. The 41-storey tower will go up near King and Peter, on the site that once housed Second City's second home in Toronto, and will feature 100 hotel rooms and 322 condo suites, the latter to range from $300,000 to $1.5 million.

It's a whole new plateau for the man who began his career with a tiger and a police siege in the office of his first club, but who broke ground in what would later be known as the Entertainment District. The famously workaholic Khabouth and his INK Entertainment is behind The Guvernment, Kool Haus, Ultra Supper Club, Spice Route, Tattoo Rock Parlour and more, but for a project the size of Bisha he's teamed up with Lifetime Developments, who include Liberty Market, M5V, Water Park City and the new and old Four Seasons among their portfolio. 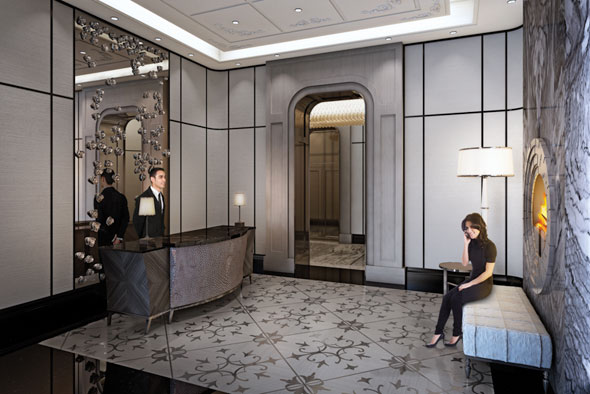 Khabouth has a long history with food, drink and entertainment in the city. Earlier this week I talked to him about the past, as well as how he intends to make a difference in a city suddenly besotted with boutique hotels and the new downtown.

Why did it take Toronto so long to warm to the boutique hotel concept? London, New York and Montreal were years ahead of us.

If I had the opportunity to do this ten years ago, I would have done it. Unfortunately I didn't have the right partner ten years ago. It's long overdue for the city to embrace it, but unfortunately no one came forward with it. Hotel Le Germain opened a few years ago, but Le Germain, for me, is a great boutique hotel but offers no amenities. It's very well done - beautiful, great service, but they don't have what I like to see in a boutique hotel, which is great F&B (food and beverage,) great gym, great room service.

Getting back to your original question, it's not like the city wasn't ready. Unfortunately nobody came into town, but what's allowed it to be possible now is that you can do a mixed-use building with condos and that makes it more feasible. To put up a 100 or 120 room hotel is very expensive and very difficult to finance if it's not attached to a residential unit, because what are you financing? You're financing a building that you have to rely on the income after opening. 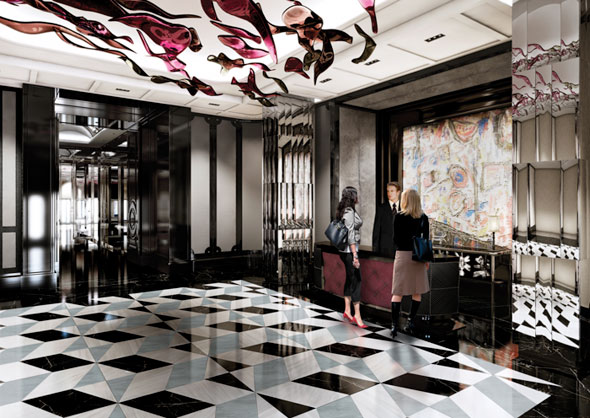 King West is getting to be known as the boutique hotel district - what are you going to do to compete with the hotels that have already opened, and will still be opening by the time you open the doors at Bisha?

There's a couple of things. One is my knowledge of the city and the people around me which will definitely give me an edge. I've been doing the F&B thing for the last 27 years. The people coming here to build these are from out of town, but what will help me is that I have existing clients. On a yearly basis, for the last fifteen years, I book between a thousand and 1,600 rooms in the city, just for my own purpose, my own use, because of the number of concerts we do, the amount of talent we bring to town, the clients we have. And also the fact that I'm partners with a lot of big corporates, whether they're liquor partners, concert partners, we do so much business with these people that we already have an existing need internally.

The other thing is that I think what we're going to offer is luxury with an edge, because right now if you want luxury you have to go to something like the Four Seasons or the Shangri-La when it opens, but they're not edgy. Your average 30-year-old person doesn't want to stay at a property like that. When you think of those properties you think of something much older, very quiet and serene. We want to be able to offer a building that has a little more lifestyle, more edge, more excitement. It's one of the reasons why we're putting a 24-hour cafe in the property - there will constantly be traffic in and out of that property. 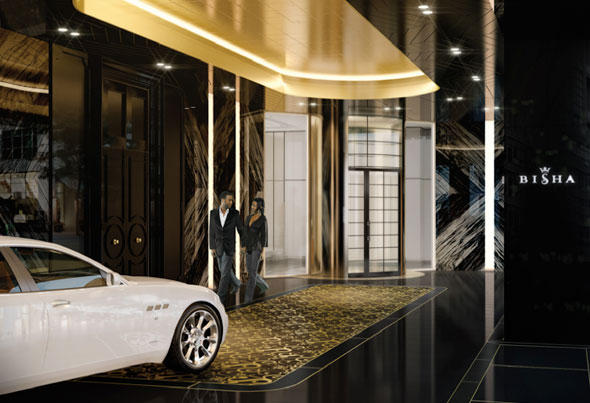 It's why, in my opinion, the coolest hair salon in town will have a little outpost in there, there will be a car wash in the basement, a private lounge, two restaurants, a rooftop patio that's almost 7,000 square feet with an infinity pool. It'll be a hub; it'll have a level of energy and excitement that nobody is offering in the city."

Are there any other projects on the go?

We're doing a bistro at Bloor & Avenue Road, on Bloor - we will have the first ever patio on Bloor Street. It's a second floor location with a patio on the main floor and a patio on the second floor, so I will be surrounded by Cartier and Louis Vuitton and so on. It will not be fine dining - it will be casual dining with breakfast, lunch and dinner, a three meal restaurant. We are in for permits already and we will begin construction on Nov. 1 to open in March or April.

What about the rumoured concert space on Queen West?

That hasn't been signed yet but that is in the works.

You have a longer view on the city's nightlife than most people, so where do you think it's headed, now that it appears that the city-sanctioned Entertainment District is winding down?

It's like any city in the world - every few years there's a new area that emerges. Thirty-five years ago when I came to Toronto the biggest neighbourhood was Yorkville. Seven days a week, breakfast, lunch and dinner it was packed, and Sunday you couldn't walk down the street. It's no longer that - it's coming back slowly but it'll never be what it was, and the Entertainment District is something that I started 23 years ago.

I was the first venue in the area with Stilife and I was paying four dollars a square foot and parking was free across the street after six o'clock because there was nobody there. I had to fight with the city for them to put some lighting on Duncan, by the entrance to my club. It was pitch dark - they would have maybe a couple of lights on a street that needed eight.

That area kicked in and now it's winding down for the entertainment and it's really booming for the residential and everything else. The towers are going up fast and furious because the real estate became too expensive to have a 2-3 story building with a nightclub in the basement and 20 offices on top. And it is very central - it's got Queen Street and it's walking distance to the business district. You're a five minute walk from the TD Centre, you're walking distance from the theatre district, the TIFF building is launching in September. You've got the Skydome, the ACC is in walking distance, really. Convention centre - I believe King and Peter will become the centre of the real downtown core.