There is a thin line that separates violence sanctioned by the state - the use of police force - from violence that isn't. That line is our collective consent to be held to certain behaviour. In our name, the state delegates the regulation of this behaviour to the police and other law enforcement agencies. This past week in Toronto, such agencies jeopardized the public trust in their judgment and ability, and it for this reason that we need an independent and public inquiry into their actions.

An illustrative example to lead off:

British Columbia Solicitor General and Liberal MLA Kash Heed resigned from Premier Gordon Campbell's cabinet for the first time in April 2010. A Special Prosecutor - Terrence Robertson - was appointed to investigate allegations of elections irregularities, and when he cleared Heed, on May 4 2010, Campbell reappointed Heed to the cabinet. The farce began less than 24 hours later when it was revealed that Robertson's firm, Harper Gray, had made substantial contributions to the BC Liberal party and had directly donated to Heed's campaign. Heed was forced to resign again, the Liberals had to find another Special Prosecutor, and the saga still continues.

I offer up this little bit of arcane BC political trivia to make the point that those who investigate high officials need to be obviously and scrupulously distanced from the subjects of their investigation. You can't investigate yourself with any degree of credibility and neither can those with a vested interest in you. 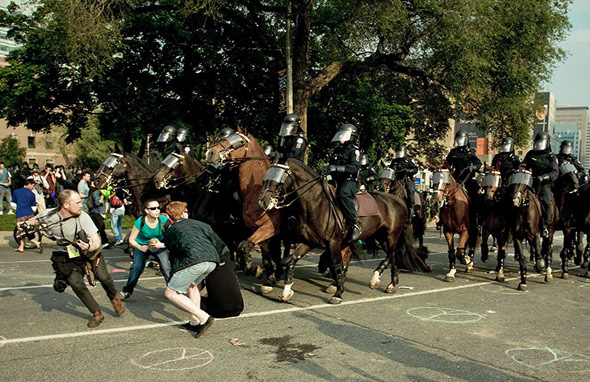 When it comes to the police, this matter of public trust becomes even more critical. The monopoly on the legal use of force that police have is not an inherent right - it is delegated to them by the state on our collective behalf. The police don't stop you or search you or arrest you by themselves as a private entity. In short, they act for us.

This delegation of authority depends on the people having faith in the conduct of the police. If the people have lost trust in the police, then it becomes entirely legitimate to wonder why the police are indeed authorized to use force - a point made in chants directed at the police lines at demonstrations this week: "Who do you serve?"

Why was there such overwhelming militarization in our streets before the Summits? Why were a thousand people arrested when it now seems charges are warranted on less than three hundred of them? Video and photographs posted online and published both by alternative and mainstream media document the physical violence wreaked upon peaceful protesters by police on Jun 26 and June 27. 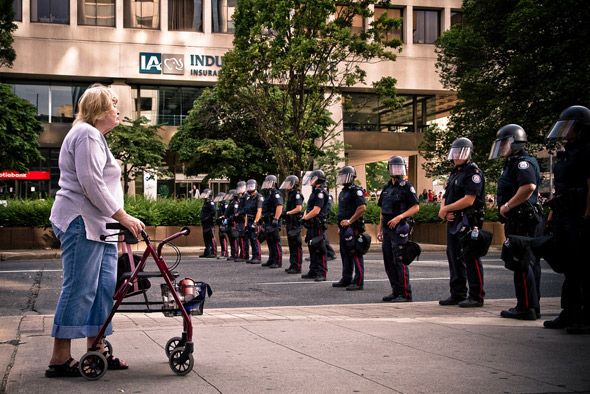 Who directed this? There are numerous allegations of egregious and deliberate violations of civil liberties, both on the streets of Toronto and at the detention centre on Eastern Avenue. How was this allowed to happen on such a scale? Rampages along Queen and Yonge streets by black clad miscreants beg the question of why they were not stopped by the many thousands of police in Toronto at the time. Where were the police in scenes like this, when protesters try to stop vandalism?

Add to this the confusing and conflicting evidence provided by Chief Bill Blair about the special powers granted to the police - or lack thereof - by the Province and you create a situation in which it is impossible for the police to investigate themselves. It is simply not enough to have internal review of policing given the seriousness and the scale of public concerns. 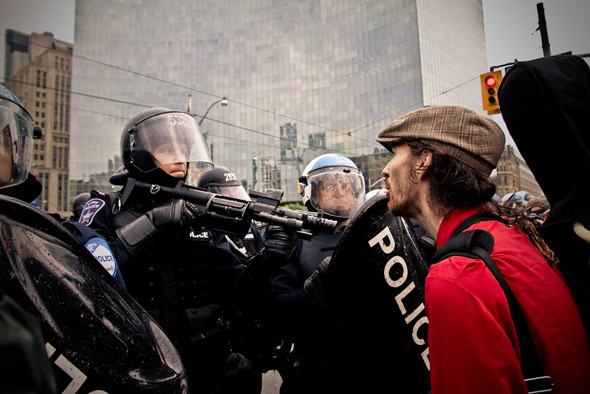 Chief Blair has either been caught out lying about the scope of the Public Works Protection Act or has proved to be unbelievably incompetent in his understanding of the law. "I misunderstood the law" is not a defense that anyone in this country should accept, especially from the man who heads police services for the largest city in Canada.

Further, in the presentation to media of "weapons" seized during the G8 and G20, police displayed items that they had already admitted had nothing to do with the protests, including a crossbow seized early in the week and arrows meant for a role-playing game. Again, this is either an outright attempt to justify their cost and actions or sheer incompetence. Neither does much to restore the public's faith in either the honesty of our police services or in their ability. Without that faith, they have no legitimacy. 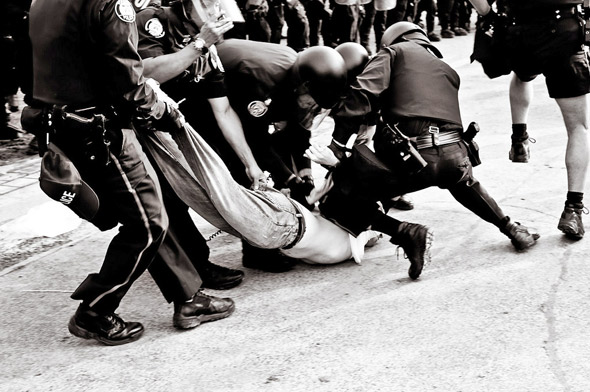 Thousands who were illegally arrested, detained, questioned or searched still walk in fear when they see police approaching, not to mention those who experienced first-hand physical violence from police officers as they were peacefully demonstrating - as is their Charter right. I have seen the bruises on their bodies. In Canada, in 2010, this is not an acceptable state of things. Clearly, these are not the actions of "rogue" cops who can be investigated internally. This is about what was deemed acceptable in terms of policing at the highest levels.

Under the circumstance, an independent public inquiry is absolutely necessary. We the people - in whose names the police act - need to know what happened and how it was allowed to happen.