There's been much made of the recent start of construction on the G20 security fence in Toronto. But, lacking a good conception of its size and breadth, I decided to mosey on down to the area around the Metro Toronto Convention Centre to see what I could find out about this thing. As it turns out, I got a pretty good idea for how intense the police and security presence will be.

Police officers were on every corner and already a certain tension is palpable downtown. Though the police and construction crews were happy to let me snap pictures, I was being eyed by countless cops throughout the duration of my visit.

While looking at the massive fence I couldn't help feeling that I was in some sort of war zone. And, judging by the height and extent of the whole thing, it's clear that a lot of people seem very afraid. But not just the security forces tasked with protecting the world leaders coming to visit -- residents of this city aren't used to such drastic security measures on such a wide scale.

Detailed information about the preparations for the summit, along with a map of the security perimeter, can be found here. 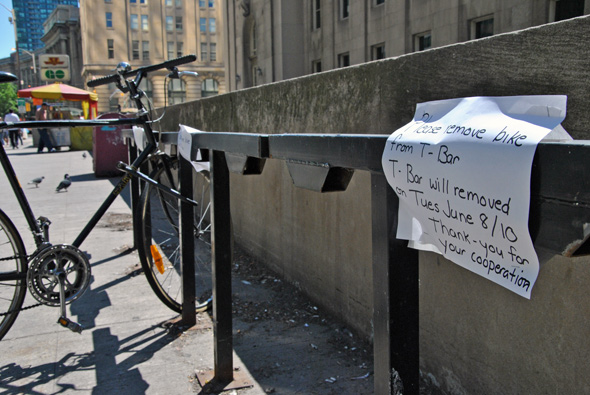 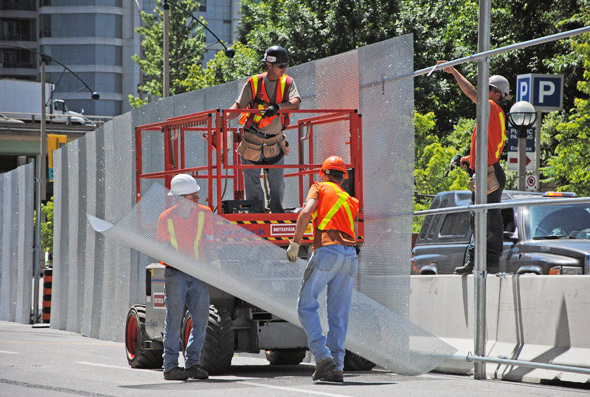 Construction crews work on fencing south of Bremner on Simcoe. 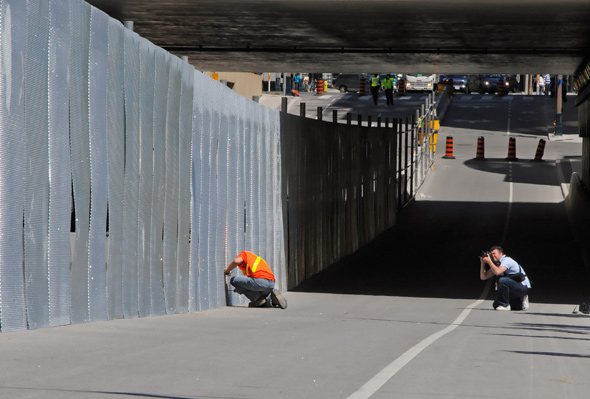 Try getting a shot from here once the summit begins. 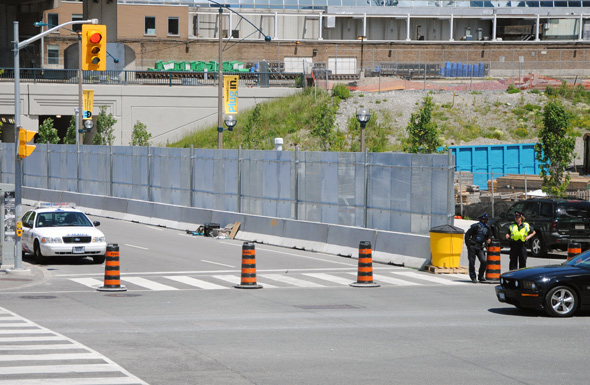 A small indication of the growing police presence in the area. 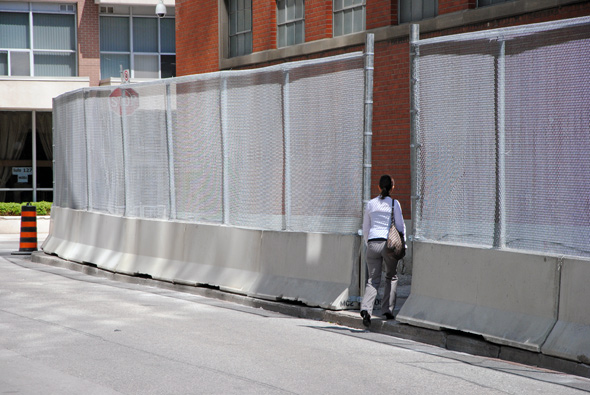 One of the many entry and exit points along the fence on Windsor Street (which one will require ID to pass through in the coming weeks).