Political debate meets gameshow at VoteTO's "So You Think You Can Council?"

On Thursday evening, comedian Maggie Cassella hosted an all candidates game-show for Ward 27 called So You Think You Can Council? The event took place at Fly Nightclub, known mostly as late night dance venue. 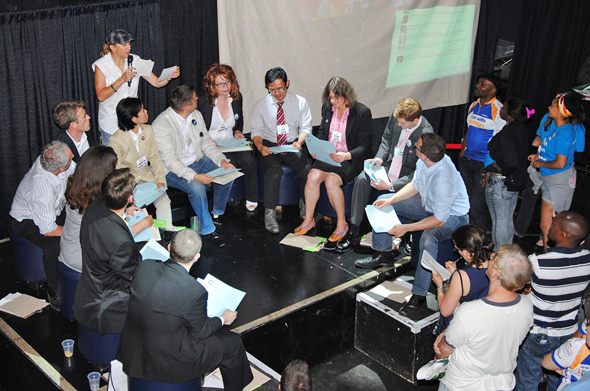 Neither the candidates nor the audience took the games very seriously. When asked about the TTC's operating budget, some simply said "Fares are too high." At other times, audience members shouted out answers before candidates had a chance to give theirs.

No one kept score and except for two brief segments on housing and banning Queers Against Israeli Apartheid from the Pride Parade, the event was somewhat light on substance.

Thursday's show was an experiment for VoteTO, and no one seemed sure it would work until it started. Before the show, Jen Hassum, one of the VoteTO organizers, told me: "This will be either a mess or a fabulous mess." Audience members I spoke with also didn't know what to expect.

Cassella's wit did, indeed, make the show fun. "When I say you have only one minute to speak, understand that I'm Italian and raised in a Jewish neighborhood. I know how to punish you," she warned the candidates before their introductory statements. 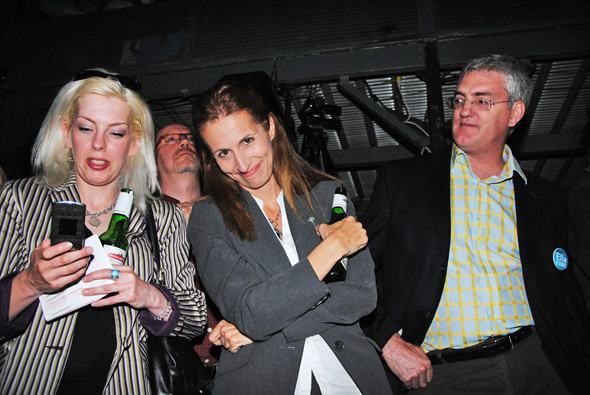 Mayoral candidate Sarah Thomson was in the audience, and David Miller made a guest appearance in a video recorded message giving clues to candidates playing Where in the World is Carmen Sandiego? 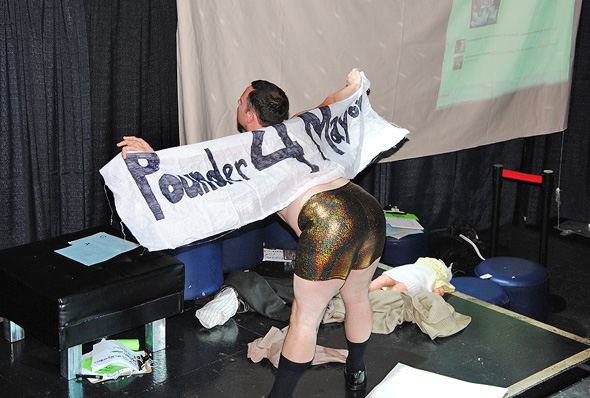 In one of the more ridiculous segments of the program, the crowd was treated to a striptease by Bruin Pounder, a member of BoylesqueTO.

Twelve out of the thirteen candidates vying to replace Kyle Rae in Ward 27 showed up to the event. Ken Chan, endorsed by George Smitherman, along with Kristyn Wong-Tam, a local businesswoman, had the most organized support on Thursday. But an impressive array of other candidates, including Chris Tindal, put up a good performance as well. 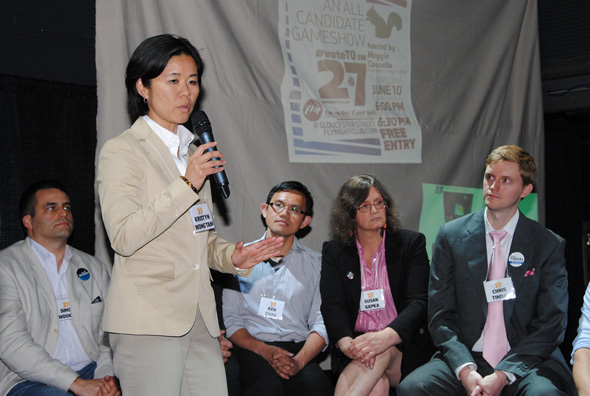 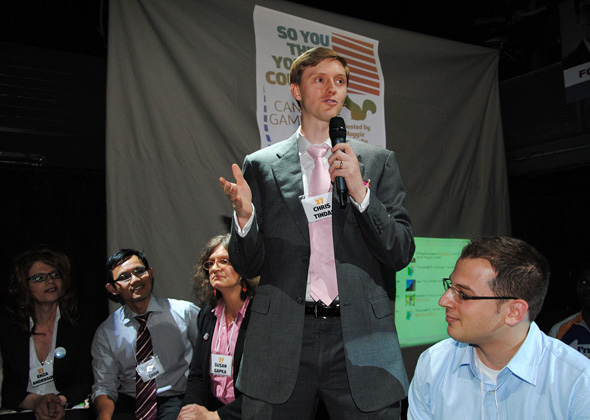 The games were entertaining and it was interesting to see how much the candidates actually knew about their ward (which wasn't much if gauged by their answers). But did the event offer a useful format to get people more engaged in the election? I'm not so sure.

Joel Dick, one of the candidates, told me: "We have people in this room who normally wouldn't be at a political debate." And Tindal echoed the same thought, saying, "the crowd that came out tonight was probably not your typical all candidates audience."

But the guestlist included many of the regular political junkies who show up to these types of events regularly. So it's not clear if So you think you can council? will make the difference the organizers intended.

The whole city should take note of So you think you can council?, even if the experiment isn't judged successful. VoteTO bravely tried a new way to do politics, and with only 39% of people voting in our last election, their ingenuity is important. 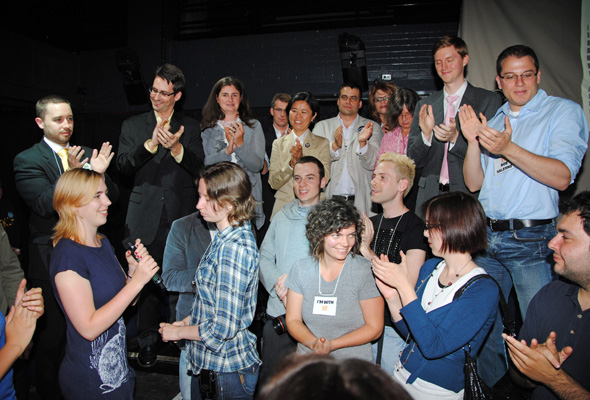 Hassum told me: "there's this opportunity in our municipal election to talk about issues, to have fun, and to really engage people. But [VoteTO] felt that some of the leading contenders for the mayoral election weren't actually touching on that."

She's right, and VoteTO needs to continue to develop new and interesting events.

After the debate I talked to Sarah Thomson, who was enthusiastic about the show and its format. She expressed interest in doing something similar with the other mayoral candidates. "That would be so much fun," she said.

VoteTO is considering a So you think you can council? version for the mayor's race, but hasn't committed to any plans before they measure the success of Thursday's event.