Despite trying to stay up to date with the Toronto Community Mobilization Network's protest schedule, I was caught off guard on Tuesday afternoon when I found myself in the middle of an anti-G20 protest.

So unfortunately I didn't have my good camera with me. But luckily, just when I resigned myself to being unable to document the event, I found my old point n' shoot in my backpack. Thank God! 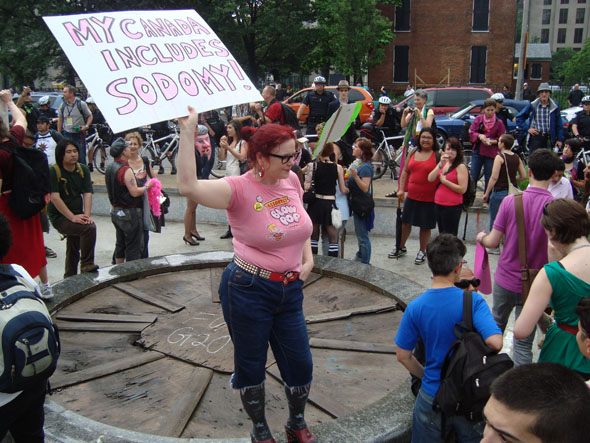 It was a peaceful but loud protest calling for the promotion of LGBT rights in Canada and beyond. Followed by countless cops on bicycles and foot, protesters chanted: "We're here, we're fabulous, and we're against the G20!" 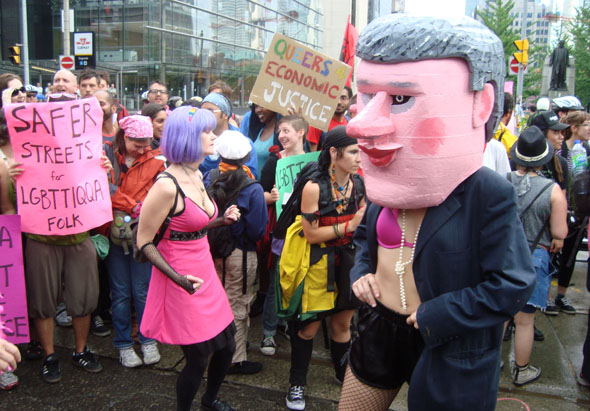 The march shut down a large section of Queen Street at University Avenue. 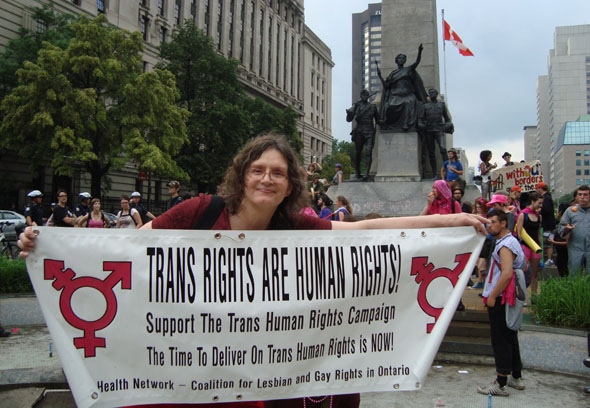 I ran into Susan Gapka, a city council candidate for Ward 27 and gay and lesbian rights activist, who explained that she was out to support her friends in the Queer community.

"I'm doing my very best to be a peaceful protester today," she told me as cops eyed us from every direction. 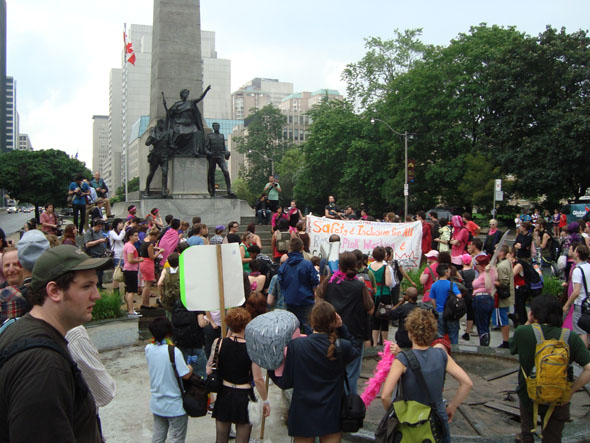 When I mentioned the heavy police presence, she added: "I'm trying to stay out of their way actually. As a trans-woman...I would do really poorly in police custody...and likely face violence."

Gapka, along with many others, will be at one of the G20's largest protests this Saturday, but "I'm not interested in getting too close to the fence...it may or may not be an asset to my political career." 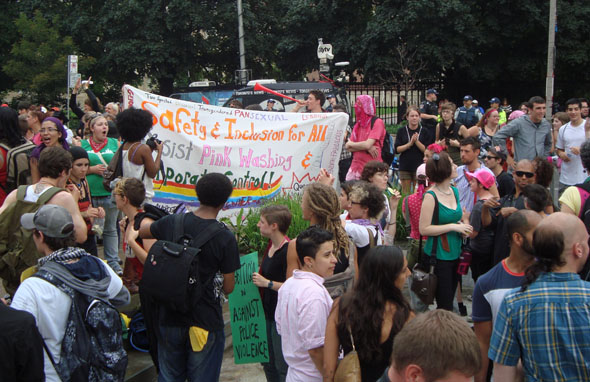 Some fringe groups have indicated that they plan to move towards the fence on Saturday, so tension will be running high. This protest was anything but a challenge to security, but as participants sought to make their voices heard, it's likely that those in charge of securing the summit delegates were paying close attention. 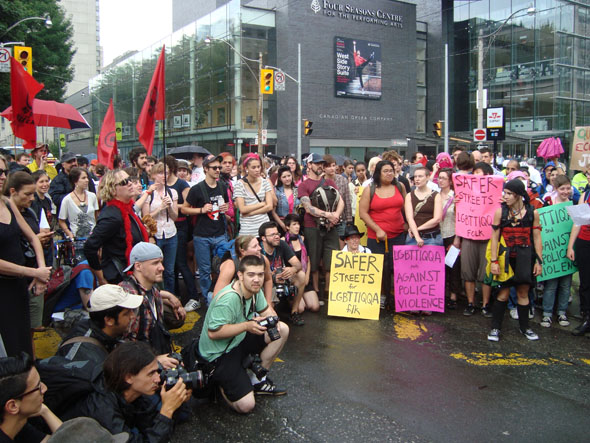 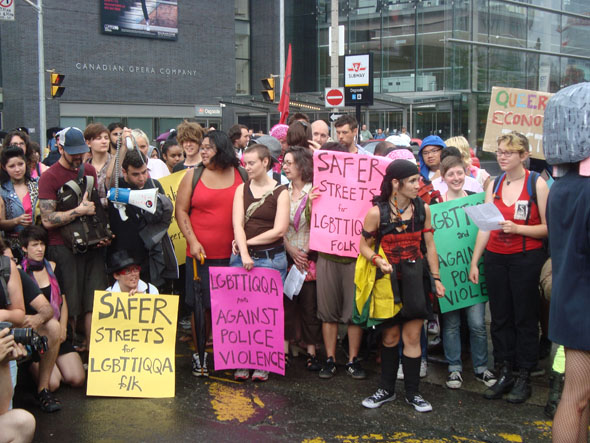 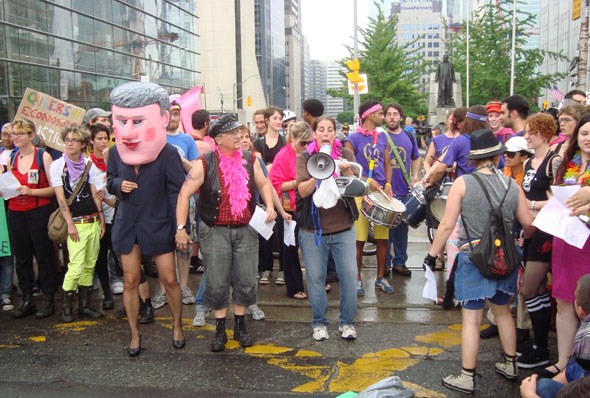 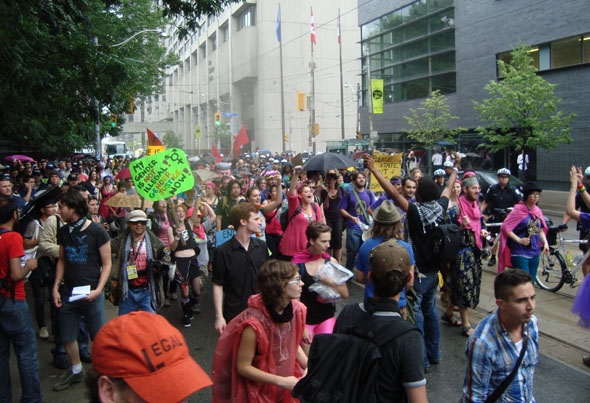 Photos and video by Tomasz Bugajski.